Such Are My Musical Pleasures in This Season of My Life 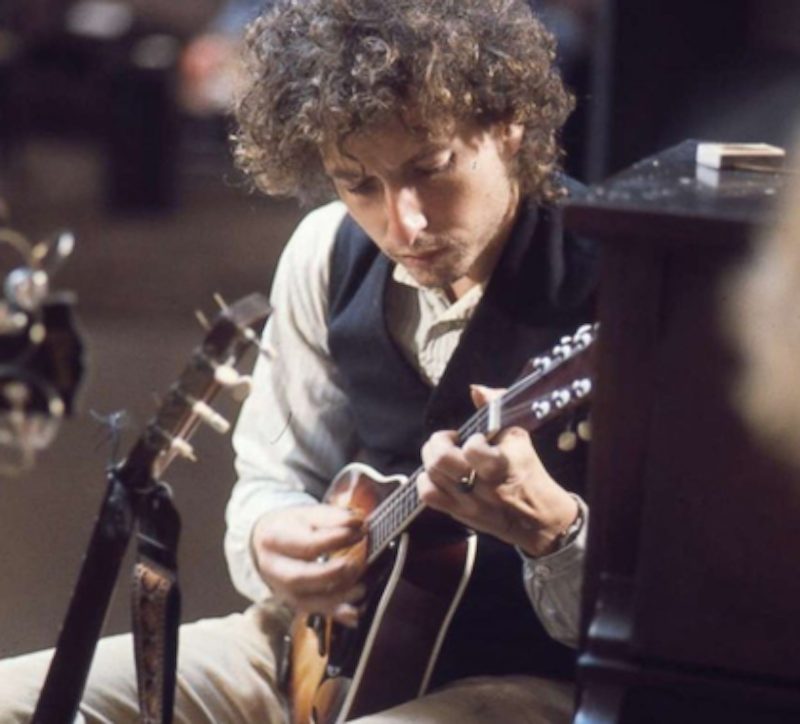 I’m put in mind of this topic by my patron Russ Smith’s two recent posts meditating on the musical preoccupations of his—of my—youth. Bob Dylan’s Blood on the Tracks is a record on which I haven’t dropped the stylus (to date myself) since the first (and marginally less noxious) Bush regime was regnant in our Caligulan imperial capital. I remember being favorably disposed to the record, despite a number of those clunky lines that are endemic to Dylan. Not to mention some other irritations: I could never figure out, for example, why Dylan pronounces Verlaine as “Ver-lane” in “You’re Gonna Make Me Lonesome When You Go.” But then, I pride myself on my fastidious French pronunciation, particularly in restaurants—which, given my Benedict Option lifestyle, I seldom visit these days.

Those clunky lines, by the way, are some of the things in Dylan that give the lie to the Dylan-as-serious-poet fantasy that was popular on campuses 20 or so years ago. That fantasy generated university courses that treated Dylan’s lyrics like the verse of Gerald Manley Hopkins and culminated in his inappropriate acceptance of the Nobel Prize for Literature, putting him in the same company as Eliot and Faulkner. (But not Pound, who would have been a worthy recipient of the Prize had not his easily caricatured political views made him anathema to that shadowy network of Zionist fixers who were even then starting to control in toto the cultural life of the developed West.)

But I was talking about us Baby Boomers. As I intimated above, I was a casual Dylan fan in my younger days, not to mention a fan of the Manassas album to which Smith dedicates another recent column.

What changed? Why did I stop listening to Dylan and other avatars of the popular music that, as the phrase has it, “defined my generation”?

At a certain point, “real life” set in. Converting as a young man from my ancestral Methodism to Catholicism, I realized the virtues of a human existence lived in accordance not with the rhythms of a depraved mass culture industry (in which, admittedly, Dylan stood out like a rose petal floating in sewage), but rather with the deeper rhythms of sacramental religion. Catholicism failed me (that’s another story), and in failing me pushed me towards the Russian Orthodoxy in which my immortal soul has found its anchor, and which I find to be the truer faith—but it was still under its auspices that my soul made its first joyful turn towards the Word.

Another way to put it is that, growing to Manhood in the Light of God—mediated first through Rome and then, in a superior manner, through the Russian Orthodox Church and the Holy Russian Kremlin—I put aside childish things. In doing so, I made a commitment to dedicate my being to a Life in Christ, as opposed to a “life” lived amidst the “fraudulent tempests” (to borrow a line from St. Basil the Anti-Semite) of our emotivist late-capitalist liberal popular culture.

No, I have long been done with “rock and roll.” These days I listen almost exclusively to homemade music made from homemade instruments, or from instruments that are not primarily instruments at all, but are rather household implements from which country people long ago resourcefully learned to coax euphony.

I have in mind here Brother Gavin’s ancient mandolin, with which he accompanies himself as he sings the Old Songs in a thin, almost effeminate tenor; and the saw that Mother twangs during what I half-seriously call our “hootenany nights” here at our Benedict Option property; and the chicken wire that I’ve fastened vertically between an overturned washtub and the end of a wooden pole, and that gives a fine bass sound when plucked. With this contraption I “hold down the bottom end” during Gavin, Sister Marie, and Mother’s warbling assays into the Great American Songbook.

Such are my musical pleasures in this season of my life. They are appropriate pleasures for a man in my position—living sacramentally, paying prayerful homage to the small, good things that Our Lord has given us in His bounty.