Stumbling Through the Rubble 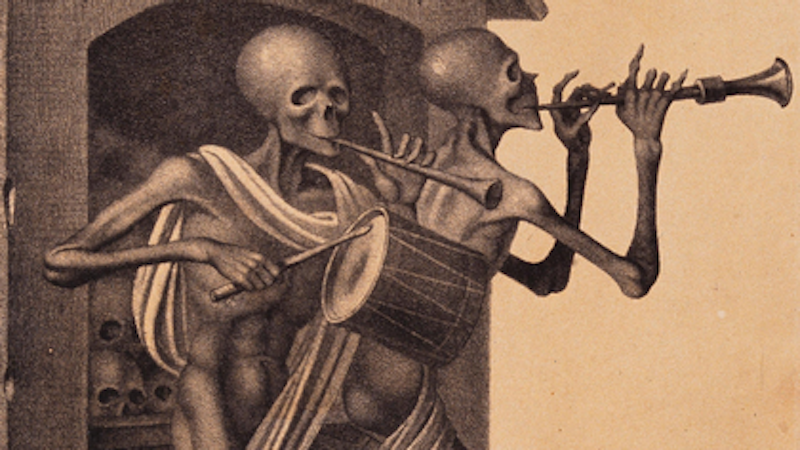 Walt Whitman had his Specimen Days, a rousing recollection of skewered history. The germ of ideas, seeds, leaves, waterfalls, wildlife’s natural playground for mother nature and Mr. Natural. That country crazy Uncle Walt loved so dearly is a place once hailed as the land of the free. Spain had its Inquisition punishing witches and heretics. Whips and chains all day long. Those who fight against god and deny the church will surely pay. They were quickly eliminated, dispatched with ingenious torture devices, exiled, imprisoned and executed. The Middle Ages had the Black Death. The Flu epidemic of 1918 haunted the globe for over two years. The grand premiere pandemic reality show. P.T. Barnum has nothing on this exhibition. All we can do is watch, frozen in trembling awe. A new world order reared its ugly snout. A morbid display of bad drama that goes by many names in today’s public hell of entertainment news. A theater of the absurd where there’s no audience but everyone’s watching. They’re really good at acting really bad.

Perhaps you’d like to buy some time to spare like the fictional character Henry Bemis aka Burgess Meredith? It was The Twilight Zone episode about a post-apocalyptic city. After an atomic bomb destroys everything somehow he survives because he's hidden, reading another book in a bank vault down in the basement where he was a teller. The last man on earth suddenly has all the time in the world. Stumbling through the rubble to what was once the public library, a mountain of books and a sofa. He was a solitary man who had nothing but time to read the great literature of the ages but he accidentally drops his reading glasses and they shatter. Time enough at last. It's not fair.

The monotony of the plague days is upon us. Bored, high anxiety, perhaps cabin fever? Watch the band play as the ship goes down. The malaise is compounded and multiplied by exquisite corpses. Watching the Stones playing a caricature of the Stones. Mick’s on coke while Keith's on dope and Ronnie looks like the reaper. Poor Charlie just wants to bang on the drums all day. You might be confused by all the gibberish. The three-card monte of daily news. The misinformation melts into the disinformation’s disease factor. Rock finally done rolled. Who are these septuagenarian skeletons? The political rally is blasting "You Can't Always Get What You Want." It’s like a holy roller tent revival meeting where that good old time gospel truth ain't true.

The toilet paper’s running low. Almost out of booze. Milk and bread's gone too. Whether to blame it on eating a bat, rat, squirrel brains, dog, cat, cow, horse, monkey meat or that miniature dragon like Pangolin that looks like a high class armadillo. Down at the Bread Of Life Mission with some tepid dirty dishwater broth and moldy bread. People eating out of public trash receptacles. Some new cult of gourmet cannibalism or deadly lethal bio concoction cooked up in a secret government laboratory petri dish.

We blame ourselves. Blame each other. Blame the government. Blame God. Blame Satan. Blame Trump. Why not, he blames everybody except himself. Takes no responsibility for anything. His words, not mine. Spread that bacteria of hatred around. Nothing like a plague to level the playing field. Thin out the herd. A shortage of useless supplies and unnatural resources. Ask any doomsday prepper. They knew the shit would hit the fan sooner or later. But we’re never prepared.

I’ve always felt like an outsider, leper or some kind of freak. Never wanted to fit in. Shunned and rebuked but curiously amusing. Good times and bad. Nothing comes close to suffering like the poor suffer. They’ve been doing it forever. Far better adapted to dealing with adversity then the affluent ever could be. Always having less or nothing at all. People casually strolling down the street will always give the homeless that wide berth of six-foot distancing space. Do the homeless shelter in place at homeless shelters? It may look like I don’t care because I’m not doing anything to help solve the big problems. The major issues everybody talks about. You know the list. People talk the talk.

In the last few weeks I’ve been asked by a few friends what’s most important to me. I don’t know what to believe anymore. Is it all fakeness and lies? It’s rhinestones and paste jewelry. It’s rats in a maze. The new masters of reality have exposed themselves. We had plans for spring. Now none of that matters. What are you going to do for the rest of your life? From behind the masks we always wore we stumble forward. A glimmer of hope. All I know is all I’ve ever known. I still know less every day. I follow my heart and go with my gut. I don’t need to ponder. The most important thing to me right now is my loving wife. And in our beautiful life of solitude alone together it always was us against the world.