This will be the life. 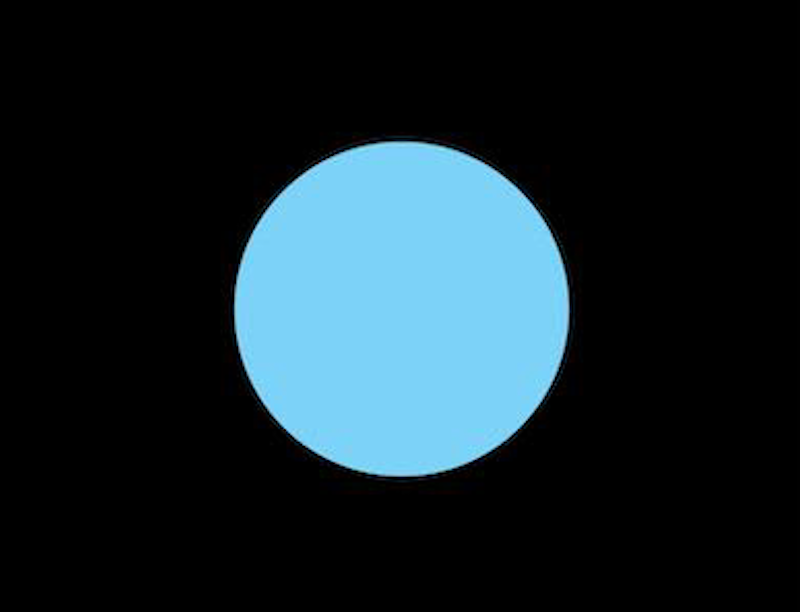 "Complication, noun. A circumstance that complicates something; a difficulty: there is a complication concerning ownership of the site," intoned Reverend Ralph Rockwell to his Granville Bible Church congregation. As their eager eyes focused on the young minister, he paused, gripped the edges of his pulpit with both hands, let the definition settle in. Sunlight streamed through the factory-made stained glass windows, casting reds, yellows, blues, greens on the beige wall-to-wall.

"Folks, you never know what God is going to throw at you. Expect the unexpected. Life can be filled with complications, always when least expected, it seems. For instance, say you're a lonely young man. Your studies keep you plenty busy. Life seems okay, more or less, future seems on the bright side. You've had tragedies, but no reason to whine. Whining does no good, serves no purpose. You persevere. And one morning you rise, pad to the kitchen, turn on the coffee maker, turn on the radio, go to the fridge to get cream and... out of cream! You meant to buy some, but forgot! You grumble, toss on some clothes, trot to the grocer, and then. Then. Then... your entire life is tossed topsy-turvy. Inverted. You meet an... angel."

Ralph cleared his throat, continued, "An angel with blonde hair and green eyes, and before you can say Jack Robinson you're standing at a pulpit, seated before you is a congregation of the finest folks this side of Heaven... including your angelic wife and three angelic little girls." At this point Ralph fought back a wave of emotion, bowed his head, and composed himself before continuing.

A few minutes later, he brought the sermon to a close with, "Yes, welcome complications, with open arms. Everything happens for a reason, all part of God's plan for us. Ours is not to question, but to accept." Ralph kept his sermons to five minutes, much less than the typical 20. He knew people's minds wandered if it was too repetitious, too rambling. Cut to the chase, deliver the goods.

After the service, blessed with Florida sunshine, Ralph stood at the doorway, greeted each parishioner, including their fellow trailer park friends, Nick and Tracy and their three little boys. For the millionth time, Ralph thought, "Gosh, she does seem awfully young to have three kids. But shoot, great gal. Then again, just a really nice crew, all around, at Happy Acres."

Being the two young families in Happy Acres, the Rockwells and the Millers had naturally formed a bond, an easy one as it played out. "We get along like peas in a pod," Ralph thought that eventide as the Millers and the Rockwells sat around a card table, playing bridge, the six kiddies in the girls' bedroom.

Later, as Wendy and Tracy put things away, Ralph and Nick fell into conversation over coffee. Nick said, "Ralph, generally, your sermons are just top-notch."

"But this morning's, well, it really hit home. In ways you cannot imagine."

In Nick's mind, he flashed on the night he met Tracy, their barely-remembered tryst in a Brown University frat house closet and, well, even in his thoughts he didn't dwell on it for too long. It's too painful. Besides, it's ancient history. But boy, 13-year-old Tracy phoning a couple of months later, pregnant. That was some time!

Nick continued, "Not to go into the boring details, but it was the most, I dunno, what's the right word? I dunno. But let me put it this way, Tracy and I met under... unusual circumstances. And it shouldn't have been a marriage made in Heaven, so to speak, heh, heh. But it's turned out so well. I can't quite explain it, so I won't attempt to. It's, as you said, complicated. But throughout it all, the grace of God. If you look for it, there it is, staring right at you, mister. Even in the most complicated of times. Maybe especially in those complicated times."

"I believe you've expressed it quite well, Nick. The meeting of Wendy and me, and where it has led, no matter how it may appear of the surface, has been very... unconventional. Complicated and then some! Best not to drone on regarding the details." In his mind's eye, Mr. Plank's lifeless eyes stared up at Ralph from the wood floor of that little market, a pool of blood spreading out. Ralph shook his head, sipped from his coffee cup, thinking, "Wendy makes a swell cup of coffee, not too strong, not too weak. Robust, but not overpowering."

Nick said, "Y'know, I'm not going to pretend that Tracy and I were saints in past. No sir! But I can say this much, at least we weren't murderers." Ralph choked on his coffee.

"Uh, yuh... Okay... Sorry... Down the wrong pipe." Ralph grabbed a few paper napkins from the coffee table and wiped his mouth and chin, noting that he hadn't splattered his clean shirt, thank goodness.

The thrum of the air conditioner was broken by the wail of a toddler in the other room. Nick said, "Sounds like someone's getting cranky." He glanced at his watch. "Geez, time flies when you're having fun. Gotta go." Nick stood and yelled, "Hey, Tracy! Work tomorrow!" Turning to Ralph, Nick said, "Y'know, I used to hate Mondays. Now I view each day as a gift."

In the middle of the night, unable to sleep, Ralph stared at the ceiling, a full moon casting silvery brightness in the bedroom. Nick's words, "At least we weren't murderers," rolled around in his brain. Every so often, like clockwork, Plank's blank eyes emerged staring, accusing. Ralph tossed, Ralph turned. In his head, Plank's voice condemned him, "You ran off with her, you mated with her. She shot me to death! To death, sir! Have you no conscience, you fiend? What would Mother think of her son? Minister? Hah! You will rot in Hell, you sick bastard! You will spend eternity with Satan in a fiery cesspool of noxious and nauseating fumes, and you deserve it! Eternity? A trillion years ain't a surface scratch on eternity, kiddo..."

"Mmmmph..." She was asleep in a minute, gently snoring. Ralph lay there like a surfboard on sand until he felt as if he'd burst. He rose, silently, slipped into his bathrobe, quietly stepped outside, stood on the trailer's step. It was the wee hours and he hadn't had a wink of sleep, not a wink. He thought, "Good moon for a werewolf." The air was humid and had that nocturnal scent.

He wanted to walk around Happy Acres, but knew it’e look really odd. Maybe not even a good idea to stand here on the step in a bathrobe in the middle of the night.

Back indoors, on the settee, he turned on a small lamp, thumbed through a copy of Life: Jimmy Carter, death of Mao, earthquakes... Ralph couldn't focus... Views from Mars, the Tall Ships... raid at Entebbe... All of a sudden, flashing lights, and BAM! BAM! BAM! on the trailer's thin door. Ralph leapt up, the door burst, two beefy cops barged in.

"Police! We're looking for a murderer! And we got a call! Someone reported a suspicious character at this address, a half-naked man! What's your story, pal? You fit the description! Why are you up at this ungodly hour? Why the flimsy bathrobe?" Ralph said, "Uh..."

Boom! Ralph was on the floor, face ground into the carpet, a cop's knee centered on his spine. With a billy club, the copper slammed Ralph's head, over and over and over. The little girls cowered at their bedroom door, wide-eyed. One began to shriek, then the other two. Wendy stumbled out of her bedroom. "What th'?!"

"Hey, wait a minute, Joe! That's the Reverend Rockwell! He's as innocent as a newborn! It's her, the blonde with green eyes!" Pointing at Wendy, he continued, "She's the one everyone's looking for! The one who shot her kindly boss, Mr. Plank! Killed him in cold blood! A female Charlie Starkweather, the newspaper headlines scream!" He whipped out his snub-nose, firing wildly, wood-paneling splintering and flying about... "She's the femme fatale the FBI's been scouring the entire planet for! They say Rockwell's an alright fella! It's her!" His revolver seemed to have unlimited ammo.

Ralph woke with a start, shook his head, the early sun's golden beams pouring through the windows, the copy of Life at his feet. A few hours later he was tooling along I-75 headed to Westland.

"Yes, I'd like three Big Macs, a large fries, a large root beer, and two hot apple pies. Please." He sat by himself in a booth, stared out the plate glass window and pondered. He'd withdrawn their entire savings out of Keystone Bank except for one dollar. "With that one dollar, Wendy can restart, the account remains open. She'll figure it out. From a tiny acorn grows the mighty oak. Social services can help, as will the congregation. No sweat."

After lunch he got back in the 1973 Ford Maverick and hit the road, aiming west. "No one will ever find me in Montana. Or Wyoming. I'll get a job off the books at an oil rig or a ranch, whatever they do out there." As a kid he'd loved cowboy programs on TV, and now they fired his imagination with possibilities of a new life of he-manly adventure, spartan living, relying on his wits, driven by instinct. He took a deep breath, exhaled slowly, focused on a blurry yet defined future.

"Maybe I'll meet a good gal?" He tried to imagine what she might look like. Not a blonde, and not green eyes, of that he was certain. He turned on the radio, tuned in a soothing lite-rock station, and drove until dark. Along the way he traded in the Maverick for a black 1968 Chevy Nova, 454 cubic-inch V8, just like the one he'd wanted when he was in high school. A little after 10, he pulled into the gravel lot of Pat's Roadside Motel, a ghostly cinderblock affair, painted white, established in 1949, rooms with TV. A cheap neo-mansard roof had recently been added in a foolish attempt to attract business, the shunpike having been eclipsed by the Interstate.

Ralph paid cash. He used his left hand to sign in as Tim Parker, a common enough name without glowing like radioactive waste the way "John Smith" would. That night, in a plain and careworn and slightly musty room, he slept like a baby.