It's Just the Plague

You people act like you’ve never lived through a global pandemic and it shows. 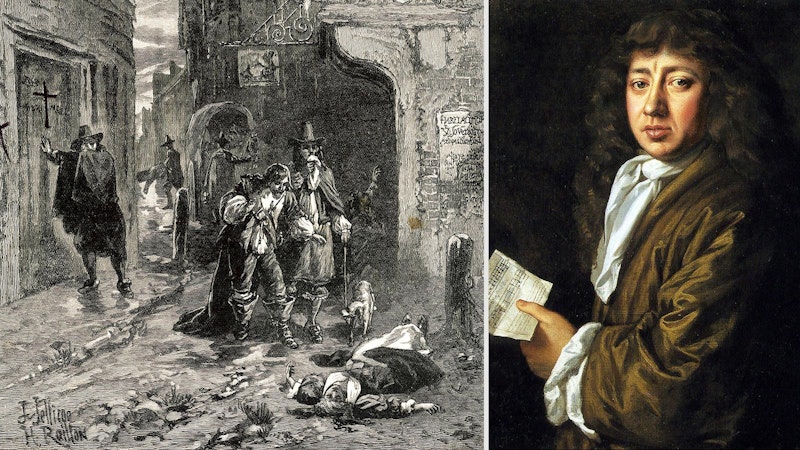 “Based on merit,” “on the basis of intelligence,” “basic civil etiquette.” These are words I’ve had spit in my face in the past month. Living my life has become its own obstacle course, even after I endeavored to become a recluse and reject the trappings of the material world after I helped my cousin escape from Cuba in 2016. People always ask, “Where is Bennington?” They never ask, “How is Bennington?” Well, not okay. I’m pretty depressed about this whole pandemic thing. My cousin and his bitch wife have muzzled me and insisted that I never say the words “coronavirus” or “COVID-19.” Sensitive Sallies can’t handle reality: Hell on Earth!

I kid. But I’d rather be back in a mental institution than “in the wild” in rural New England. We all know from experience that during pandemics and plagues, people become very reckless and cruel, even more than usual. I remember in Aleppo, late-1340s, regarding my friend Ibn al-Wardi with suspicion and contempt. He was bloated, blue, and coughing. Double-beaked in my plague suit, he dictated a report that would achieve posterity and survives to this day. Stand in silence and awe that his words and observations of the human being remain relevant today:

“One man begs another to take care of his children, and one says good-bye to his neighbors. One is reconciled with his enemies, and another treats his friends with kindness. One is very generous; another makes friends with those who have betrayed him. One man changes his character while another mends his ways. For this plague has captured all people.  There is no protection today from it other than His mercy, praise be to God.”

In 1666, Samuel Pepys strolled the streets of London and observed countless bloated corpses blocking his way. I can’t recall his exact quote—it did end up in some form in his published diaries (they were abridged, contrary to “accepted history.” Let’s just say he was supremely acquainted with all of Royal Albert Hall). Pepys observed the stock carts and trunks full of bodies, and the living regarding each other with suspicion, sighing within a deep melancholy: “This plague has removed more of the humanity in the living than the dead.” And we see today that he was right then and right now: everyone is to be regarded as a threat.

So I’m staying on Quibbits land in the “crazy shack.” I’ve made myself comfortable in here: Internet, TV, microwave, potable water. No drugs, but there aren’t any NA meetings for the foreseeable future, so don’t hold me to that. Shit, how are dope dealers going to get into the country now? Am I going to have to hold up another pharmacy to get my Dilaudid patches? Jesus. This plague makes a beast of all men, even if they are feathered and winged. As we face a fourth week forced inside, I can only pray (and post) that this world reconciles itself to a place in a much longer and larger historical spectrum than pre- and post-Industrial Revolution. On a meaningful level, not much has changed in human behavior since 1349, or 1666, or even 1918. We’re all still groping in the dark, looking for a light switch—but God has abandoned us. Why?

Bulldoze the Golden Arches and find out.