Not all urban squalor is morally equal. 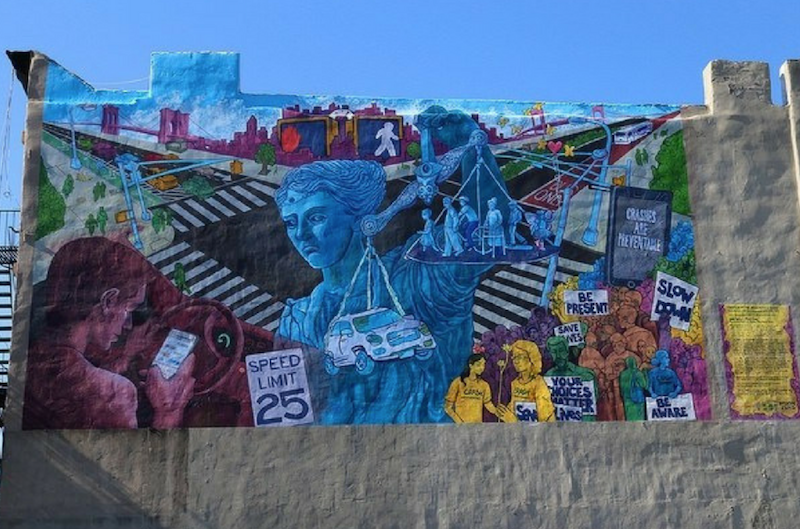 The notoriously left-liberal New York neighborhood of Park Slope is full of snooty intellectuals, the sort who respect socialistic urban planners, so it’s no shock that it was back in the news recently for being too tolerant to crack down on a dog-killing maniac wandering a local park. But I’ll say this much in defense of the Park Slope lefties, though I’ve criticized them in the past: They don’t sound as useless in this story as an official neighborhood website and the NYPD do.

At least the residents are seriously debating bold steps worthy of the heartland, like forming a neighborhood watch program. By contrast, the website has censored posts that sound insufficiently sympathetic to the dog-killer, and the police say they’re reluctant to arrest him, lest he end up imprisoned at Riker’s instead of getting the mental health outpatient treatment he likely needs. Being progressive hippies cautious about taking up self-defense is more morally forgivable than being institutions that’re supposed to take care of these problems for the hippies but prefer to engage in censorship or inaction.

People are bad at picking apart bundles of social phenomena to separate the good from the bad, though, so when situations like this get awful enough, people tend just to lament a general “urban decay” or, if they’re feeling even more negative, “national decline” instead of doing the analytical work that might pinpoint relatively low-cost, targeted solutions. Instead of figuring out which elements of the situation should endure and which, perhaps, should be outlawed, they lament everything, throw a bunch of money at the problem (and at unrelated projects), or draw sweeping conclusions about somewhere simply being a “bad area.” People are mentally lazy.

I could play the sweeping geographic generalizations game myself, saying: Behold Park Slope. This is what the absence of civilization looks like. It starts with residents there famously arguing furiously and at length on a message board about whether there’s such a thing as male and female baby hats, and a decade and a half later they can’t even decide whether violent maniacs should be arrested (at least if the maniacs are black).

But I think it’s best to stick to specifying which things are the real problems—the real crimes—and which aren’t. Don’t just arrest every maniac (people have a right to be insane). Don’t just “increase the police presence.” Don’t jack up any government department’s budget. Just arrest people for dog-killing, for starters. More generally: punish violence and theft and most of the other things can be worked out on a voluntary, ad hoc basis.

On the bright side, Park Slope is full of artists and musicians, and instead of bickering about urban decline, you could go there right now—specifically to the makeshift art gallery at 543 Union St. #1F—and see a display of paintings by Karen Mainenti and photographs by Phil Buehler that focus on the optimistic rise (Mainenti) and sad-looking decline (Buehler) of 20th-century shopping malls, with all the questions those raise about to what degree the squalor around us is a tragic result of overly utopian thinking and to what degree just an inevitable and harmless side effect of changing tastes.

The Mainenti paintings mimic the fashion and architecture designs of the mid-century period when many of these malls were created and remind me of those gravity-defying futuristic platforms the Jetsons and Marvin the Martian alike seemed to live on, as if suspended somewhere in cartoony space with no ground anywhere below, to the slight confusion of my young cartoon-watching mind.

The Buehler photos peg him as an “urban exploration” type, akin to friends of mine who sneak into abandoned or otherwise forbidden buildings to document that which shouldn’t be seen, or at least that which has turned very dusty. Seeing big malls in states of no-longer-presentable decrepitude is like seeing my teenage years transformed into a post-apocalyptic scene from Dawn of the Dead or Night of the Comet—the architectural equivalent of sneaking into a morgue.

I’m not sure there’s anything wrong with the rise and fall Mainenti and Buehler have captured, not even sure there’s anything wrong with whole cities or civilizations rising and falling, so long as certain specific, obvious harms are prevented and the rest happens in voluntary accord with the diverse desires of millions of participants. Artists can and should present the whole package to you, unresolved and open to interpretation. Policy wonks and public officials, by contrast, ought to focus on the things that are undeniably hurting people and try to stop them.

In particular, I’d caution anyone who sees disarray in the decrepit malls or the crime spike in New York and thinks “Ah, this means capitalism is a failure” to note that while we have the luxury of debating the fates of a few run-down malls and mentally ill dog-haters, over in the socialist paradise that is China, there are entire empty, unused cities that the central planners were sure would be needed for… something that didn’t quite emerge from the past few five-year plans. The U.S. has a few ghost towns and shabby parks, but we don’t seem to have the recurring entire-ghost-metropolis problems the committed anti-capitalists do.

To combat vague decay, lean more in the direction of individualism—even vigilantism—and farther away from central planners, government police, and censorious centralized communications systems. People can solve all sorts of problems in a piecemeal fashion once they learn to stop working together.