The most popular Christmas gift in 1969 was a burglar alarm. 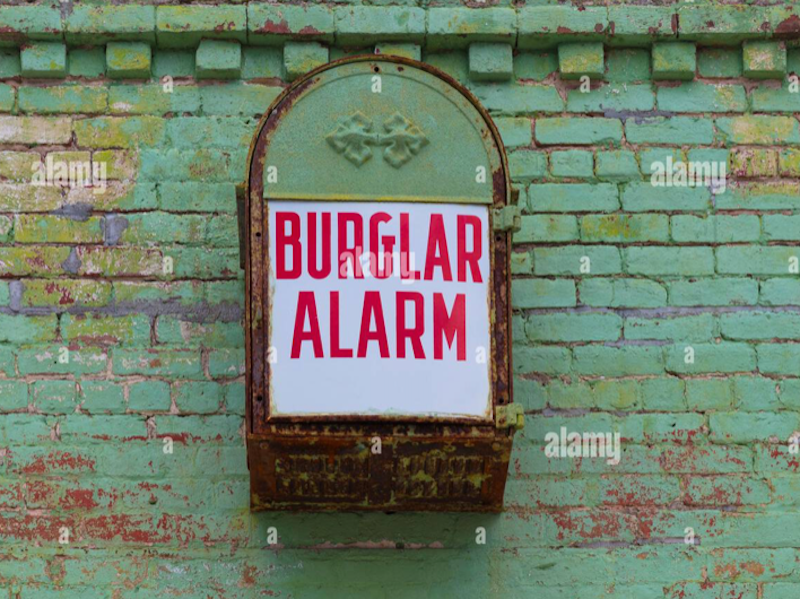 I was teaching an art class in Sherman Oaks when I met an 87-year-old man named Bob. We got to talking and he told me about his life. “I sold burglar alarms,” he said. Since he lived in a $10,000 per month senior community, I realized he must’ve done well for himself.

“What was the key to your success,” I asked.

He told me his story.

“In the late-1960s, the only people who had burglar alarms were the ultra rich and celebrities. I sold a few burglar alarms a month, barely enough to make a living. Then Charles Manson came around and sales shot through the roof. The most popular Christmas gift in 1969 was a burglar alarm. People in the industry joked we should give Mr. Manson a man of the year award.”

“How’d you get into the alarm business,” I asked.

“I was born in Queens, got drafted, fought in Korea. After the war, one of my buddies moved to California and worked for an alarm company. I followed him and got a job installing commercial alarm systems in Long Beach and San Pedro. In 1958, the company I worked for went out of business. So I started my own alarm business.”

“Word of mouth. My first customer was a meat packing house in Lawndale. The place stunk to high heaven but I was in business.”

“Were you married at the time?”

“I met my wife at a bar in Torrance while installing an alarm system. She did part-time accounting for the owner. I asked her out and we went for burgers and beer at the Santa Monica Pier. After our second date, I asked her to marry me. I told her she might not be rich but she’ll be the safest lady in town with the best alarm systems. We were married in 1961. We bought a house in Encino and had two kids. I tried selling alarms to local homeowners but things were different back then. People left their doors unlocked, their windows open. Nobody worried about burglars.”

“How did you survive?”

“I met a guy who owned a few car lots on Van Nuys Boulevard. That got me through 1964. I focused on the warehouse district in North Hollywood. They had problems with smalltime thieves breaking in for drug money. That got me through 1966–67. Most of my customers were small fries like liquor stores, hardware stores, that sort of thing. I knew if I could land a bank or a corporate office building, I’d be okay. But those jobs went to the big guys like Bay Alarm. Then Manson came along and everything changed.”

“How many people worked for you?”

“Just me and my wife. I did installations myself though sometimes I sub-contracted the work.”

“Did you offer any kind of guarantee if your customers were robbed?”

“If my customer was robbed and the alarm system was turned on, we reimbursed them for losses beyond $5000. In most burglaries, people forget to turn their alarm on.”

“Did your alarms ever lead to thieves being arrested?”

“In the early days, when we had silent alarms, the police came quick and we nabbed a few burglars. Once Doppler came around, there were too many false alarms.”

“It was a sensor that detected movement or sound in a house. You could set it on sensitive mode for carpeted rooms or standard mode for tiled rooms. The problem with Doppler was every time a dog farted the alarm went off. Police stopped responding. That’s when we made alarms loud as hell to scare off thieves. Up until the 1990s, alarm systems were all hardwired to buildings. All thieves had to do was cut the phone lines that alerted the police or private security companies.”

“How did alarm security change over the years?”

“In the early-1900s, everyone had guard dogs. After World War II, crime took off in America. I guess there weren’t enough jobs for returning soldiers. There were people called ‘door shakers’ who walked from building to building shaking doors and windows to make sure they were locked. You also had electromagnetic contacts connected to bells and batteries that went off if something opened. Video surveillance came in the 50s but didn’t catch on until later. In the 60s you had your first fire alarms triggered by heat and smoke detectors. Everything changed in 1997 with wi-fi and microprocessors. This allowed security cameras to send wireless video to monitoring centers and computers. Today, you have smart home devices that transmit to your phone. It’s a different world.”

“I bet you have interesting stories.”

“One time I got a call from a lady in Beverly Hills. She said the alarm system at her husband’s office wasn’t working properly. Every night it went off during dinner and her husband had to drive to the office to turn it off. I told her I’d check it out and get back to her. The monitoring records showed the alarm hadn’t gone off in six months. I called her husband and he asked me not to call his wife. He confessed he was having an affair and was using the excuse of the burglar alarm to visit his mistress.”

“When did you retire?”

“In 2004 I was standing on a scaffold six stories above the sidewalk installing an alarm. I looked down and started getting dizzy. The doctor told me I had vertigo and could easily have fallen. I sold the business that week.”

“I miss my customers. I don’t miss the hassles. This is the first place I’ve ever lived that doesn’t have an alarm system. I have nothing to steal anyway. That’s the thing about getting older. Everything is stripped away except the stuff you need to survive. I don’t think burglars are interested in my medical devices.”