Alan Jacobs has produced an owner's manual for the brain. 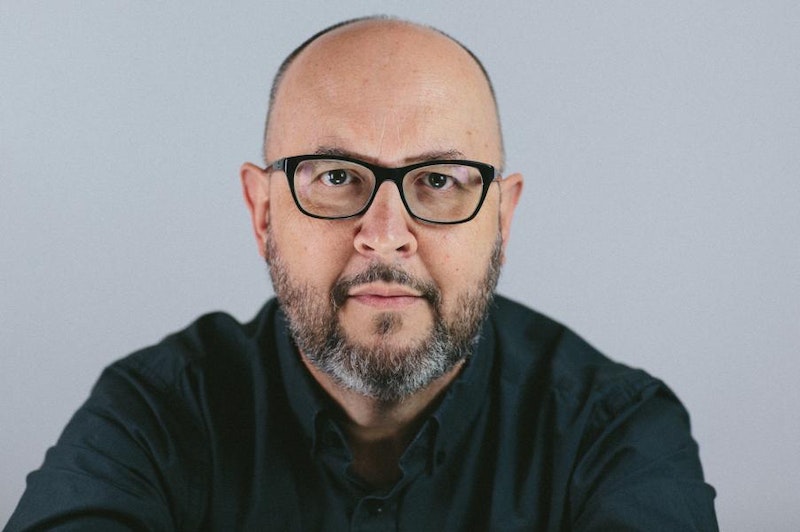 After Scott Alexander wrote a post expressing relief that Osama bin Laden was dead, the blogger found that a number of people he’d always seen as reasonable were disgusted that he'd express such an emotion over a recently deceased person, even if he happened to be a mass murderer. Then, when Margaret Thatcher died, many of these same people were giddy with joy, linking to videos of crowds spontaneously celebrating in the streets. Nobody chastised these haters for their callousness, even when Alexander pointed out the hypocrisy.

This is one of many pertinent anecdotes Alan Jacobs—humanities professor, scholar of English literature, and literary critic—uses effectively to illustrate his provocative ideas in his engrossing new book, How to Think: A Survival Guide for a World at Odds. The irony is that the people who most need to fix their broken thought processes will see the title and hope that other people read it, because in their own minds they're doing just fine. After all, the way they think is getting them all kinds of social approval within their own in-group as they dutifully repeat talking points from the echo chamber and eagerly call out members of the out-group for being the horrible humans they are.

While this may not be the most uncivil political era in American history, there is something uniquely awful about it. Online mobs target perceived transgressors mercilessly, hoping to ruin their lives. Those with the least knowledge and experience are the most confident ones whose voices get heard. All it takes to wield influence, in many cases, is a prominent social media platform gained simply from being famous. Social media, which was promised as a democratizing platform giving everyone a voice, is a major contributing factor to the constant state of agitation and hostility we now find ourselves in.

In this post-truth epoch, where we’re all constantly bombarded with punditry, alternative facts, and straight-up lies, what could be more useful than a thoughtful treatise on how to use your brain better? Useful, but perhaps not in great demand because, as the author points out, people don't really like to think all that much. It's hard work, and it can cause problems with relationships we want to be solid or interfere with obtaining the approval of those we esteem. Running with the pack, on the other hand, offers many social perks not available to those asking the uncomfortable questions. The downside is you may end up thinking Roy Moore is an acceptable U.S. Senate candidate simply because he's not in the enemy's camp. As the Ray Moores of the world increasingly find they're able to overcome long-established norms, society moves closer and closer to reaching the breaking point.

Being an effective thinker means sacrificing comfort for something more meaningful, which tends to be a hard-sell. Trump voters, Hillary Clinton supporters, and Bernie’s adoring acolytes live in self-contained bubbles where strawmen are erected to delegitimize unwelcome points of view. Approval from the in-group trumps clarity of thought, while dehumanizing the out-group is a bloodsport whose most skilled practitioners can get themselves elevated to iconic status. Tribe members rely heavily on keywords (cuck, libtard, beta male, intersectionality, victim blamer, white privilege, neoliberals, etc.) to establish group identity and identify the outliers. Emotions are shared in a feedback loop in which self-reflection is a punishable offense. In such an environment, Jacobs writes, intellectual probity does not thrive. Rather, it produces a cognitive ecosystem where slick media demagogues like Sean Hannity get rich telling people what they want to hear because it makes them feel good.

Jacobs cites the example of Megan Phelps-Roper, granddaughter of Westboro Baptist Church founder Fred Phelps, who was raised in a cocoon of hatred and bigotry. She was groomed to carry on the family tradition of anti-gay, anti-Semitic bigotry, but instead she took the red pill after a lengthy email and Twitter exchange with David Abitbol, founder of the Jewish culture blog Jewlicious, who disarmingly returned her viciousness with kindness. Subsequently, Phelps-Roper left the so-called church to become an advocate for the very people her family taught her were scum of the earth, leaving Fred wondering how he'd failed so miserably at what he believes is parenting.

Many might say the convert learned to think for herself, an easy conclusion Jacobs is eager to dispute. The author argues that she began thinking differently rather than on her own. He believes it's impossible for people to think independently of other humans, and that it would be undesirable even if it were possible. He posits that thinking's a social activity—a response to what others think—and that when people say someone's finally thinking for themselves it really means that person's come around to agreeing with them. If an individual decides to break away and take another path, less flattering characterizations of their conversion are normally applied.

Professor Jacobs’ enhances his book with the inclusion of myriad observations from a diverse bunch of notable  thinkers, including John Stuart Mill, Jean Piaget, Henry James, C.S. Lewis, John Maynard Keynes, and David Foster Wallace. How to Think is an owner's manual for brain possessors that could serve as a good starting point for restoring some sense of order back into a pluralistic society now so polarized that communication outside the in-group seems to be headed towards faded memory status, like black and white TV sets.

The author suggests taking five minutes before reacting to something that initially seems appalling, and belonging to multiple communities to remove the dependence upon always having one’s biases confirmed. Jacobs recommends seeking out “a fellowship of people who are not so much like-minded but like-hearted” where nobody’s trying to force other members to conform to a standard point of view. Instead, each member requires the other members to be complete, and each member’s valued for their own unique contribution to the group. As a Christian, he feels churches have the potential to provide such a fellowship.

The author is convinced that the tendency to deal with differences by drawing clear lines between in-groups and out-groups is the biggest impediment to clear thinking, and that one remedy is to seek out a very smart and intellectually honest person on the other side to listen to regularly. The human brain isn't hardwired for such behavior but, in spite of the science, Alan Jacobs remains an optimist. He's convinced that thinking's better off approached by each individual as an art rather than a science, and that a conscious effort to break bad cognitive habits can provide positive changes.

Read this book and you'll learn about the value of not responding to provocations instantly, and how hating your neighbors makes you dumb. You may begin to realize that learning’s more valuable than debating, that you don't have to respond to whatever everyone else is responding to, and that you should gravitate towards communities that can handle a fair degree of disagreement. There are valuable lessons from the first page to the last in How to Think, and the author presents them in a non-academic manner accessible to all.