But Frank Sinatra tunes are forever. 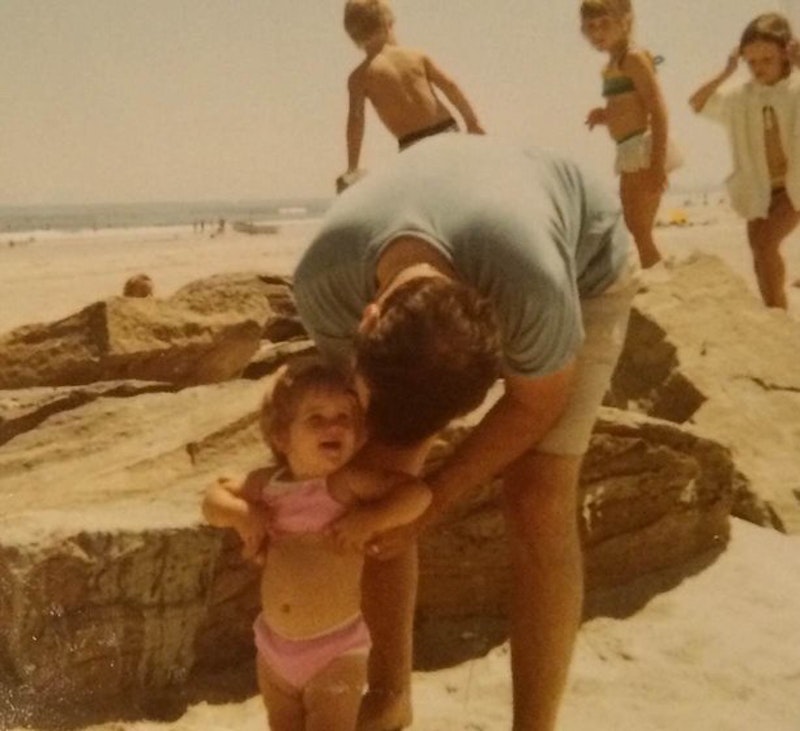 At 45, I should be aware that my parents won’t be alive forever. I’ve watched many friends lose parents over the years, with increasing frequency as my fellow Gen Xers age.

But last week I felt for the first time the monumental understanding that my parents are not immortal. Despite the fact that they’ve both smoked like chimneys their whole lives, my parents, in their early 70s, have always been in excellent health. When Mom called, she said dad was dizzy and had taken a little spill. She acted like it was no big deal; he’d be fine. I told her to call me when she heard from the doctor. Then my brother, a veteran of the Iraqi war (twice) who is scared by nothing, texted me that he was scared: dad didn’t know what month it was.

I sent a rapid series of texts: to a friend to bring my kids home from camp, to my kids, my husband: I was leaving Maryland and heading to my native Philadelphia to the hospital where my dad was being evaluated. I threw overnight things in a bag, and drove.

I stopped at a produce stand to pick up peaches in case my family had been waiting a long time and anyone was hungry. I stood in front of an enormous pile of mammoth tomatoes and started crying. Normally, I’d bring my dad a bag of tomatoes because he perpetually makes hoagies for us. I couldn’t bring tomatoes today. And what if he could never make hoagies again, I thought.

I drove. An Earth Wind and Fire song came on, and I started crying. It was one of his favorite vinyl record albums growing up; I knew all the words. I changed the Pandora station, because I knew if a Frank Sinatra song came on, I’d completely lose it.

Google Maps led me to Route 202 North while I was still in Delaware, which I knew couldn’t be right—there would be 202 traffic lights along this route. I picked up my phone to call my dad, like I always do when I make a wrong stupid turn around the hometown I love but that’s changed beyond recognition, often causing me to get lost. Dad always seemed to know exactly where I was, and he’d navigate me in the right direction minus the GPS. I cried again, putting the phone back down.

I told myself that if dad still had his sense of humor, everything would be okay. If he didn’t, I wasn’t sure it would. When something happens to someone, I guess you think about his or her essence: what is it that makes a person himself? Dad’s sense of humor was as much a defining characteristic as his green eyes. I couldn’t imagine having a conversation with him that wasn’t smart-alecky.

I arrived at the hospital and saw my dad, looking so, so frail, being wheeled out of a treatment room. A lullabye chimed in the distance, and my sister said a baby had been born. I said the sound was creepy, like a horror film.

I went to my dad’s side. He couldn’t see me, but said “Is that you Mare?” Yeah, dad, it is, I said, as tears came to my eyes. And then I jokingly said, “Hey listen, I brought some hoagie supplies if you’re feeling up to it?” And even as frail as he was in that moment, looking like an old man for the first time ever to me, I could see him roll his eyes, which were drifting open and closed. “Get the fuck out of my hospital,” he said. And I breathed.

The next few hours were rough—he’d been medicated heavily after he’d arrived, and many tests were administered. He woke up hours later, asking if he was really in a hospital, he thought the whole thing had been some kind of nightmare. He told everyone in the room he was glad they were there since apparently it might be the last time they got to see him. Our family jokes around; it's what we do. When I told the story about the Earth Wind and Fire, my brother said maybe I shouldn’t be playing the “My Dad Just Had a Stroke” Pandora station.

Dad had two strokes, actually, in two different areas of the brain: a major one and a minor one. His vision and short-term memory were affected; he was a bit confused. My brother and I told him what time of day it was (yeah, PM, dad, not AM) over and over. But by the next day, he could read his watch again, and he knew the date. I marveled at the brain’s ability to heal. My sister talked about miracles, I talked about talented Brad-Pitt-lookalike neurologists.

Things may never be the same. He won’t work his part time job anymore, and we don’t know if he’ll ever drive. I ordered a set of large-tile Scrabble letters: my mom and dad have been playing that game for more than half a century: in fact the stroke occurred exactly a month before their 50th wedding anniversary.

The day after the stroke, he started whistling. I realized it was another of his defining characteristics. Tears rolled down my eyes. He whistled “The Lady is A Tramp” by Sinatra. I started singing the words, which I know by heart though I’m no singer. My brother hummed along. Hoagies or no hoagies, we’re lucky to have him back, for whatever time we have, to love and appreciate and joke around with him.

—Mary McCarthy is thankful to the entire staff at Paoli Hospital; everyone there is fantastic.