So This Was Work 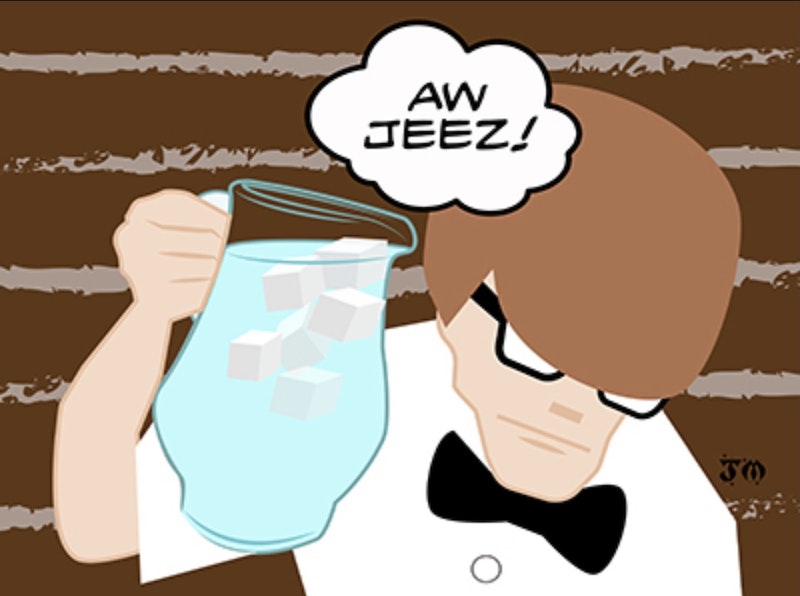 Before your first job, the world is outer space.

By first job, I mean one at least roughly 20 hours per week, held at least a season, generally beyond your neighborhood, involving immediate superiors, co-workers, perhaps the general public, and pretty much a situation in which you’re nobody until you prove otherwise.

I had a few false starts.

I got liftoff as a high school weekend busboy at an Italian-American steakhouse known as Old Timbers, the name a vestige of its distant past as a post-war stretch faux log cabin highway roadhouse. Back then, my parents hung out occasionally when they were dating, perhaps 20 years prior. Aside from the building, this was not my jitterbugging parents’ Old Timbers.

Answering a want ad, I left my number and the chef’s wife, the hostess, called back with the lowdown. Minimum wage plus tips shared via the waitresses. Maybe five to one Saturdays, noon to nine or so Sundays. Monkey suit mandatory. White shirt, black pants, black bow tie, none of which were in my wardrobe of tattersall, paisley, oxford cloth, corduroy jeans and white Levis. This called for desperate measures. No shoulder-length hair, but otherwise no big deal. My helmet coif was milk-safe. This was 1966 after all, or so I thought. At least with some customers, it was no Summer of Love.

“Mother, what do you think of his hair?” A young matron turned to an old matron while I filled their water glasses.

She looked me as if I were a fly in one her ice cubes. “I think it’s ugly.”

Welcome to outer space. Out there, you’re the alien. Some people see you, smile and nod, others might avert their eyes, and most don’t see you at all, a ghostly life-form only visible as a perturbation of cigarette smoke. In time, you learn that cloak of invisibility can be fair to liberating.

So this was work. Getting in synch with a scene. Rushing by, the hostess blurts “Set up a deuce!” Waitress barks, “More Genoa toast!” Dishwashers, bartender, chef, everybody’s much olderand keyed-up yet smoother at the same time, except for the other busboy, a contemporary who carried-off a certain savoir faire after a year of service. Up till then, I’d been vaguely comfortable around adults, but never as nobody’s kid, just another species of working wildlife. I never teamed with grown-ups and had no idea how exciting and oddly rewarding it could be, fancy that.

I got better at pouring ice water without super soaking the tablecloth. My backroom knife skills improved, such that I could cut uniform slices of stirato bread. I took pride arranging my baskets, composing the slices, Genoa toasts, bread sticks, and feathering-in the packaged melba toasts. To my astonishment, I found myself thinking ahead, putting up extra baskets against peak evening rush, when everyone turned into headless chickens. Exception that proved the rule was the red-vested bartender, who remained cool as the Coke he’d draw and slip to me without missing a Rob Roy beat.

Our clientele was mostly everyday established adults, not out onthe town, just out. Around those Jersey parts, there were few out-worthy towns. Still meant jackets and ties, pearls and heels, and that might sound funny for a goofy 1940s rustic décor with Harvest Gold tablecloths and little candle lamps kind of a place, but aside from the food, I suspect that pretend lake cabin informality appealed. My parents were not terribly nostalgic and never dropped by. For that, it’s my guess a fair number of our regulars remembered Old Timbers’ old days, so they could enjoy a postwar get-back, tuck into a good feed, stay late and cut a rug to live music.

This was more steakhouse than Italian restaurant, no authenticity theatrics. The chef and hostess owners were Americans of Italian descent in a business they seemed to love, carping all the way. At dawn the chef went into NYC, selected the meat and fish and vegetables and never took a day off except for Indy 500 week, which he spent in the pits. He had friends at the Brickyard.

The only celebrity I recall was TV talk show host Merv Griffin, who kept a secluded country place in our Rolling Hills of Hunterdon County, and arrived with a party of something like eight, maybe three bread baskets worth plus extra sticks. I filled their water glasses sure I’d lose a few cubes in some laps, but no. Merv acknowledged his ice water with a slight smile. Bummed that his TV sidekick Arthur Treacher missed the meal, I recognized none of the others, who looked a little shinier than our usual crowd, but it wasn’t like frequent Griffin TV guests Totie Fields, Alan King, Steve and Eydie hopped off the couch and out of the idiot box for a plate of linguine.

Five waitresses, no kids, all pros, must’ve happened, but I don’t recall a single heavy serving tray going downtown. I tended waitress stations, moved out their cleared dishes, kept their tables in iced butter pats and sour cream for baked potatoes, plus did favors, like once changing a diner’s tire, for which the waitress negotiated a fat tip for me separate from her own. The women ranged from sweet mom types to a no-nonsense bouffant-topped heavy on the eye makeup dame who drove a late model Caddy and waited winter tables in Miami. This corker, the most demanding, was eventually most generous with my cut of her take.

My fondest memory is that time of Saturday night when dinner was no longer served, perhaps a little spumoni or cannoli, but mostly more drinks as tables were eased back for dancing to a tuxedoed trio who looked like three Tony Bennetts. Shocker, they performed standards, plus Al Martino stuff, normally full crack-up for me, but the dancing parents and grandparents made all the difference. They looked marvelous, really, no Billy Crystal. No Shing-a-Ling, some real swing. Sweeping moves. Deep dips. Crazy Pops footwork. This was adulthood I never knew, except once as a little kid when my parents busted moves in the living room and scared me silly.

Not this time. Holy Mackerel, this was Hellzapoppin’! Baldies, blue hairs and middle-aged alike, bolo-tied rascals, low-cut PTA mothers and old smoothies in startling animation. Taking it in, I’d dawdle attentively and exchange a few words of whew! with the waitresses, as well as the hostess and chef, both sitting at last in her reception booth over a couple of cocktails.

By then it was about time to fetch another Coke from the bartender, hit the kitchen, grab my plate of tetrazzini plus a baked potato and take a load off, my table being top of a large chest freezer back where I set up the bread baskets. Just a little distant, the beguiling accordion, bass, drums, vocals and applause made their way back to my free meal, which included a butter-packed steaming baked potato and all the Genoa toast I could wolf. At 129 pounds of five-eleven, I wolfed without thinking.

Never could’ve imagined. It was work. But who knew it would be top of the world Ma, with money in the bank?