And Trump against all. 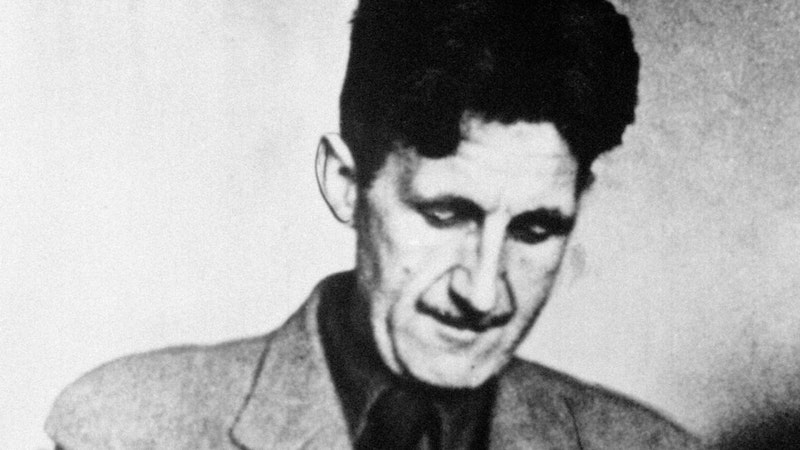 We all know George Orwell would’ve hated James Bond. But what about J.R.R. Tolkien’s work, and specifically The Lord of the Rings? Orwell loved the English countryside, so some of the descriptions might’ve pleased him. He might also have liked the idea that somebody might think up a full-fledged language and then write a literature to go with it (I mean Elvish and its associated works). But on the whole he would’ve hated Lord of the Rings. He hated inequality, and inequality is something that comes along with swords and quests.

Feudal England had survived into Orwell’s England as a mass of silly prejudices and verbal affectations whose chief function was to dress up a brutal degree of class-based unfairness. Orwell’s “Politics and the English Language” is best known for its attention to the verbal goofery used by the left to disguise meaning. But the essay touches on the Olde Tyme language employed by Britain’s right-wing papers when gilding war and its realities (culprits included “realm,” “throne,” and “buckler”). The Tolkien trilogy would’ve struck Orwell as a catalogue of such guff. Above all the relationship of Frodo and Sam, master and man, would’ve disgusted him, and the book celebrates that relationship plus the lumberyard of swords, pennants, lieges, and swains that romantic feudalism piles atop it—that is, atop the idea that one man is born to live in service to another. Long before he reached “The Scouring of the Shire,” Orwell would’ve taken the book’s measure. He trusted Christian conservative writers about as much as he did communist writers, and here would be a culprit peddling his heap of Olde English kitsch to promote a pack of spirit-crippling lies. The hobbits would’ve made everything worse.

I don’t say my hypothetical Orwell would’ve been wrong. Nor would I blame anyone for holding a view that, in real life, they never got around to holding (if only because the book was published a few years after Orwell died). But when we hear about the power of ideas and stories, we might notice that this power doesn’t always click in. Generations of happy fans have now read and loved Tolkien’s book. They’ve done so without being bent in the direction of feudalism. I’ll strengthen that. The Lord of the Rings tops various reader polls as the most beloved novel of all time. But the book has done nothing to push the world into a shape Tolkien might’ve wanted. Whatever Christian conservatives had in mind for Western society, they’ve had to settle for something else. Conservatism itself long passed from their grip. Take the simple matter of kicking a man when he’s down. Tolkien and his chivalry-loving friends despised the idea. So did Orwell. Do Donald Trump and his admirers? It seems doubtful. Orwell would’ve looked at Trumpism and called it power worship. Tolkien would’ve called it some name out of Christian theology. But they both would’ve been appalled and neither would’ve mattered all that much.