This could provide fodder for a satirical piece. 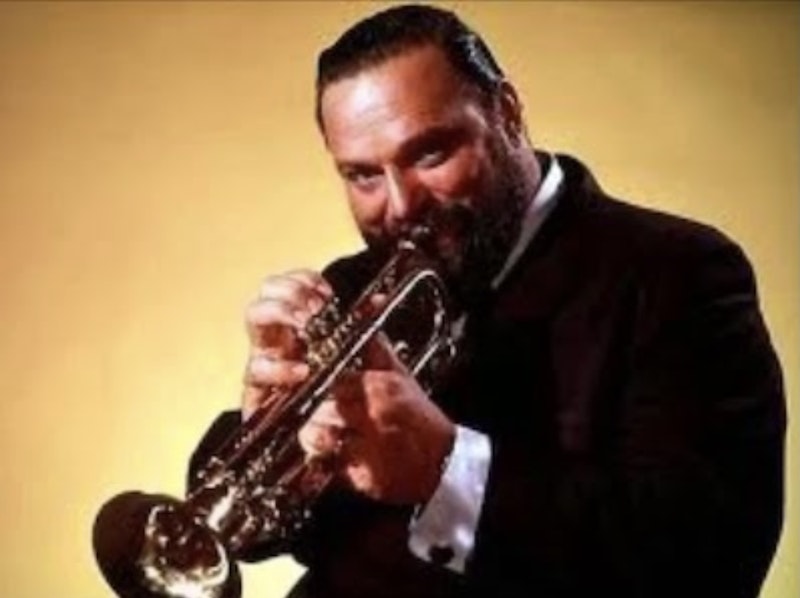 Saturday, mid-afternoon, Johannes Bok drove home after his first night at Lolly's. Nothing seemed real; too many firsts thrown at the middle-aged guy in too short a span. He was behind the wheel of a brand-new car, a Jaguar, a foreign car, foreign to him in many ways. He was fuzzy from smoking marijuana with a gorgeous blonde half his age. Not to mention hardly getting any sleep while "sleeping" with her. And they hadn't even eaten until almost noon, "brunch," as Lolly termed it. He rubbed his jaw, noting the need of a shave. And a shower wouldn't hurt. And a nap. "O! All mine riches for a nice long nap." He made it home, parked the car, stumbled upstairs to sleep.

(This wasn't the first time he'd smoked marijuana, loco weed as his fellow GIs had termed it in the cathouses of Burma. A pro-gal handed a lit cigarette to him. He'd assumed it was tobacco. But then it tasted odd, and then...)

A week later, Lolly threw a small party to introduce a handful of her friends to Johannes. He found himself in a red butterfly chair, drink in hand, with a few of Lolly's contemporaries sprawled on the carpet. Billy Nebitz, aka Beatnik Billy, was leaning on elbows, holding court. "Man, the crazy sounds of today's jazz! Man! Coltrane! Ornette! It’s wigsville, baby! In orbit! Heh, heh!"

Johannes leaned forward, cleared his throat, attempted to get in the swim with the youngsters. "Say, I like jazz, good jazz. But I've never heard of these combos. Coal Train? Hornet?"

Billy smirked, "What do you dig, pops? Brubeck? Kenton?"

"Oh, heavens no! I like the good stuff, real jazz. You know, Pete Fountain, Doc Evans... The Dukes of Dixieland, f'instance..." (Billy was shaking from keeping laughter bottled.) "And of course, you know, Turk Murphy, Al Hirt..."

At the mention of Al Hirt, Billy burst. He threw his head back, cackling. Regaining composure, he shook his head. "Man! Whoo! Lolly, where'd you dig up this fossil?"

She shot him one dirty look and went back to playing hostess with the mostess.

The next day, at home, he was still fuming. "I fought in the war, killed God only knows how many Japs! Gutted the yellow monkeys, hand-to-hand combat. And for what! So some weird-beard in sunglasses and a ratty turtleneck can ridicule me?" It was early in the day. Nevertheless, Johannes poured a tumbler of Scotch, neat, his second.

Steaming, he raked over the coals of his humiliations. In his mind's eye the movie replayed over and over, Billy laughing, "So, I guess to you a washboard is some kind of a musical instrument?"

One fellow countered Billy. "Hey, man. Dig. To Cage it could be. Anything is music, nothing is music. Man, a flat tire could be a musical instrument in the mind of Cage." Sitting up, Billy tugged on his goatee and nodded, "Cool. That’s cool, man... Verdict! A washboard is a musical instrument. Score one point for the moldy fig! Heh, heh!" Then the conversation shifted from Cage to Duchamp to Zen to Genet. At sea, Johannes rose. His knees cracked, remarkably, which ignited gales of laughter as he padded to the bar, knees still cracking. Beatnik Billy quipped, "Hoo hoo! I proffer that kneecaps are musical instruments!" More riotous laughter. Johannes tried to chuckle along, but knew he was being played for an old fool.

Mayor Cheshire's first initiative was to surround Beachwood with a chain-link fence, eight feet high. At the entrance, a uniformed sentry to verify those coming and going. This would seem counterintuitive for a small community that relied on tourist traffic. But it made Beachwood all the more desirable. Shopkeepers and restaurateurs raised their prices accordingly, tax revenue jumped.

Under Darla's influence the town board passed stricter zoning, limiting any new housing to nothing less than 10-acre lots. Real estate prices rose, tax revenue flowed. Encouraged by Darla, Roger set aside the short mystery yarns and focused on a novel. He typed away for a week, slammed together some tripe about a merry band of Los Angeles teens awash in a sea of bebop and mescaline, hitchhiking south of zee border for still more kicks. Once there, stealing an Austin-Healy, they sped north to Frisco fueled on tequila and black beauties. They needed kicks, lived for kicks. They even died for kicks, sailing off a cliff in the sports car, a tragic grand finale. Roger mused: when it doubt, kill 'em off. Titled The Young Breed, Roger mailed the manuscript to Shelly who promptly found a home for it at a third-tier publishing house. Hardcover! This would add to the allure of Beachwood.

Shelly was angling to sell it to Hollywood. "Drive-in fare, at the very least. B picture, mebbe."

Johannes commenced his revenge. He drove out of town, to Chicago, to locate a John Coltrane album, and a marine shop for two anchors and some chain. Back home, Coltrane blaring in the background for proper effect, he phoned Beatnik Billy. "Billy? Johannes Bok here, Lolly's fella. Say, I purchased an album by that Coltrane. And I must say, it intrigues me. It’s quite complex. I hear things that grab me. It can be very melodic, but in a manner novel to my ears. What say you drop by and walk me through some of this newfangled jazz? I've got a bottle of Beefeaters!"

Not one to pass up free booze nor the opportunity to goof on a square, Beatnik Billy went for the bait. "Cool, daddy-o. Cool, very cool." He’d planned to smoke pot and write poetry, but who knows? This could provide fodder for a satirical piece. Maybe he could peddle that to Cavalier or Evergreen? Still the unpublished author, he knew anything classier was out of reach.

Besides being an unpublished writer, Billy was a painter without a gallery. He was too far-out for Prentice. "I have to split for the Coast." His approach was to up Pollock's ante and take that in a Cage direction. Instead of using a brush at all, Billy used spray paint, one can in each hand. And he worked with his eyes closed, leaving all to Cage's exalted chance.

Johannes opened the door to a grinning Beatnik Billy. Despite a gloomy sky, Billy sported "shades." He kept them on upon entering.

"If you'll excuse me being a nosy parker, why do you always wear sunglasses? Do you have a medical condition? I'm not an optometrist, but I do have some knowledge regarding..."

Billy laughed, "No, man. No problems, man. Sunglasses are cool. All the hip cats and chicks wear 'em, gramps. Even at the cinema, man."

"Whoa! Put that thing down, baby! Someone could get hurt!"

"Careful, Billy. You seem to be losing your... cool. Let me show you something cool, my pond. It's real cool, man. A cool pool, as it were, so to speak, if you will." Motioning with the automatic, Johannes said, "Just walk down that hallway like a good gent and out the kitchen door." Beatnik Billy's sandal-clad feet made tracks as ordered.

The screen door slammed behind them as they crossed the grass to the pond. Such a familiar summer sound. Billy wondered if that was the last time he'd hear it. He began to cry. Surely this is a put on, surely the old bastard will laugh and say, "Only fooling!" Surely, right?

Hands up, with his back to the pond, Billy begged for his life. He whimpered, wet his wheat jeans, cried and begged some more. Steely, Johannes replied, "Y'know, out here in the country I can fire a gun and there's no one to hear. And even if someone does hear?" He shrugged, "So what? Country life."

He fired the pistol–POW!–blowing out Billy's left knee. Blubbering, Billy fell to the ground. With an icy eye, Bok watched the punk writhe in agony. It was a pretty good show, even if the leading man lacked a sense of cool. Then–POW! Billy's other knee destroyed. Squatting into a crouch, Johannes got face-to-face with the doomed kid. "Gosh. Sorry. I guess I just deprived you of two musical instruments."

Johannes thought back to the first time he killed, wartime. Looking up, shoulder on the ground, he'd emptied his carbine into the guy, shooting the emperor's minion's innards to the sky. Immediately afterwards, Johannes was vomiting on the dirt. He couldn't sleep that night for the shaking. But the second kill was easier. The third and fourth and fifth, ever easier. Eventually killing became a chore, a routine. And preferable to cleaning a latrine.

With disinterest, he watched Billy weeping, wailing and banging fists on ground before firing the fatal shot.

Johannes had felt a certain joy in killing Mildred. And Agnes. Now? Nothing. Cold. Cool.

With resolution, Johannes stripped naked. Then he chained the anchors to Billy's corpse and swam the evidence to the middle of the pond and let it drop on top of Mildred's remains. Mildred Bok and Beatnik Billy entwined for eternity. Johannes kept the sunglasses as a souvenir, much the way some of his fellow GIs sliced the ear off a dead Nip.

That very evening Lolly opened her apartment door to lover man. They dined at a new French restaurant. Afterwards, in 2B, he made passionate love to her until the wee hours. The next afternoon, back home, Johannes tossed his Coltrane album in the garbage can, went back inside and played Al Hirt very loud. How loud? If he'd lived in town someone would've called the police.