Does it haunt all moms, or just some of us? 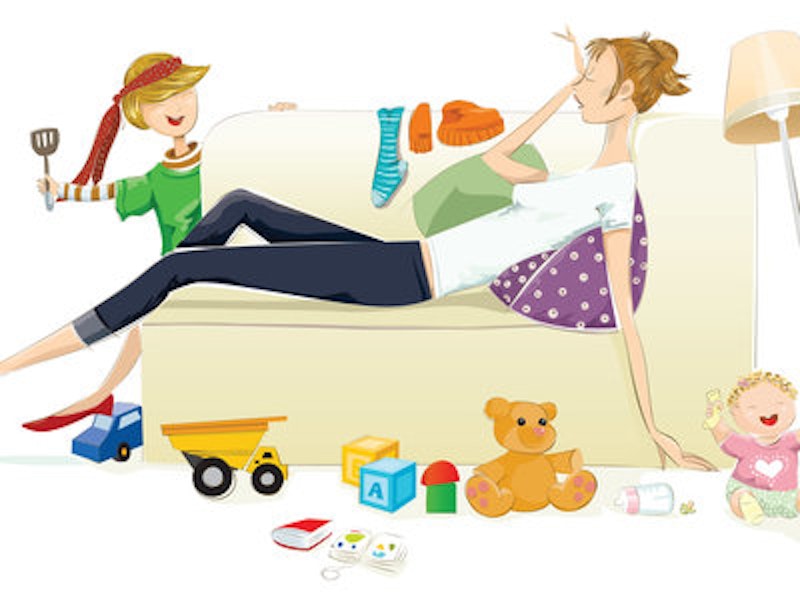 I’ve been a mother for more than 22 years, and my four kids range from college to elementary school, so you’d think by now I’d have achieved some level of confidence in the game of motherhood. You’d be wrong. I constantly feel like I’m fucking up. If it’s not with one of my kids, it’s with another. There’s no real empirical evidence that I’ve screwed the children up (they’re actually all fantastic people), it’s just that with motherhood I never really feel like I’m doing it right, you know? Like I’m a natural.

The other moms around me seem to have it worked out. The carpools, the classroom happenings, the matchy lunchbox/backpacks, I don’t know, whatever the swag of successful motherhood is, it’s out there and I’ve been surrounded and alienated by it for decades. I haven’t really tried very hard to fit in, believe me. In fact, quite the opposite. I can’t stand any of it. I’ve never joined a single PTA. I never went to any playgroups because listening to other moms brag-hag about their kids made me want to move to a country where no one speaks English. I don’t spend much time in classrooms, either. But the not-fitting-in with the other moms has definitely brought me to the conclusion that I’m the common denominator or the problem, not them. They’re doing it right, and I don’t know what the hell I’m doing.

I love my kids. My kids, for the most part, I assume, love me. I mean, of course they tell me they love me, and I tell them I love them. It’s all very loving. They can come to me with anything; I listen, and I’d fly my broomstick anywhere to protect them from anything. But from a young age they had to make their own lunches because, seriously, I am not a cut-up-the-carrots kind of mom. Like, if you’re old enough to make a sandwich you should make it, right? But I should probably be making it, because I’m the mom? I’m terrible at cleaning the house. I only do it when people are coming over, and I hate it when people come over because I get completely stressed out about entertaining. I have never sat next to a child doing homework. They’ve all been raised to be very independent, and having seen the way other kids are raised, I gotta say, this is maybe one aspect of shitty-mom parenting that perhaps comes in handy for them as college students and adults.

Maybe it’s a burnout thing. Back when I was a first-time mom of one kid, or even two kids, and I wasn’t a few years away from 50, I probably had a lot more energy for mom-stuff, the accoutrements of motherhood that require us to care about homemade cupcakes or “spirit week” and what outfits are demanded—though one daughter still reminds me I sent her with patriotic hair on the wrong day and wouldn’t come pick her up. Ugh. Luckily, after three girls my son was born last and he doesn’t seem to require a lot of maintenance in the “mommy” department. I can handle lots of dirty laundry and sports equipment better as an established shitty-mom than I can makeup-boys-new jeans-shoes-shopping-sleepovers-dances-promhair and drama.

Are there moms who walk around thinking they’re doing a great job raising their kids? If so, I hope I don’t ever have to sit next to them, because they must be completely intolerable. They’re also probably totally wrong. I bet their kids are monsters and man, one thing I never wanted to do was raise entitled little brats. So call me out for being a shitty mom all you want, but don’t ever say I raised an asshole of a human being, because that, at least, I did not do.

One time my mom said to me, “If I’d have known how to be a better mom, I would have done it.” And I have to agree with her. There’s no manual. Even if there was and I’d read it, I would’ve probably forgotten everything, failed the test, and still felt like I was screwing it all up.