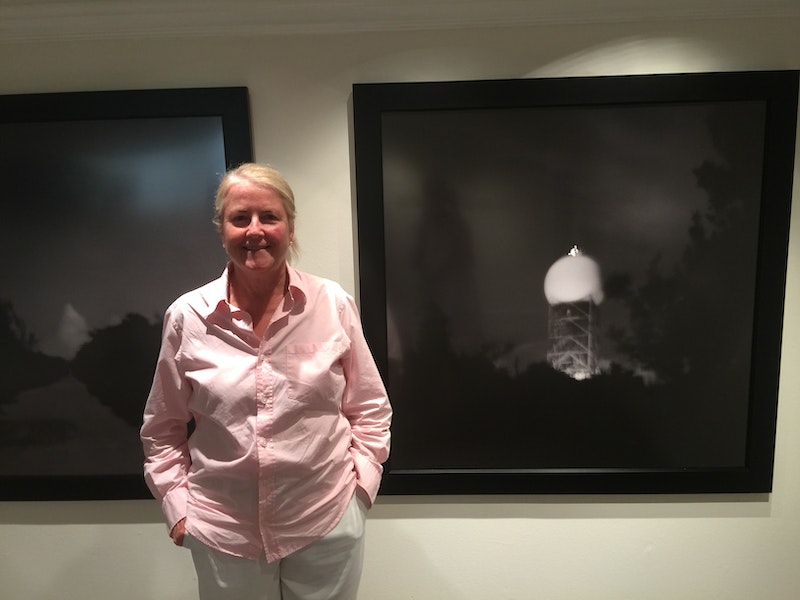 During dinner one night last weekend in Bermuda, where the family was visiting relations, my sister-in-law, Teresa—at the other end of the table at the outdoor Tucker’s Point restaurant—called out to me, “Hey Sausage, how’s the chowder?” My son Booker looked quizzically at both of us, and said, “Huh, sausage?” It’s obscure, but in 1971, when I first met Teresa, I was 15 and she and my brother Gary had come to Huntington for the University of New Hampshire’s Easter break. I suppose there was a TV jingle at the time—haven’t the foggiest what brand was hawked—that was the impetus for my buddy Bobby Ringler and me to greet each other with an exaggerated wave of the hand, saying very slowly, “Hiiiiii, Sausage!” Over the course of their visit, Terry (another nickname not frequently used, just as I’m called Rusty by some family and longtime friends) and I hit it off—good thing!—and I let her in on the “sausage” riff. It’s stuck over the succeeding 45 years, and now is our shared joke. Not uproarious, I understand, but nonetheless, it’s fun for us.

We take a long weekend in Bermuda nearly every year to visit Gary and Terry—and, if they’re around, my nephews Quinn and Rhys, this time not, unfortunately, the former in London, the latter in Toronto—and it’s always a highlight of the year. Really, hard to complain about the spellbinding orchestral maneuvers of tree frogs at night, highly-competitive bocce matches, a Friday night cook-out and subsequent meals at swanky restaurants, visits to one of the local Atlantic Ocean beaches, and non-stop jabbering about current events—my brother and I, both appalled by Trump and Hillary, agree the media’s casting this election as a Goldwater/Mondale-like loss for the GOP is way too early—books, films, gardens, music both old and new, various ailments the senior citizens among us suffer (a twist for the past decade), and some Boomer vs. Millennial sparring.

I was jolted a few days before arriving when Gary told me about a fire that wiped out several businesses on Hamilton’s Front Street, including Onion Jack’s, the strip’s largest tourist emporium. We hadn’t been in several years, but when our boys were younger it was a regular stop, with Booker proclaiming each year, “I’m going to get an Onion Jack’s t-shirt and bottle of Bermudan hot sauce.” My wife Melissa and I cracked up, since this was a repeated pledge for several months before each trip. And he did buy both items, although the condiment was always whisked away at the airport by over-zealous security officials. Which kind of sucked for Nicky’s girlfriend Leigh Ann, who’d seen one of Booker’s tattered OJ tees, and wanted one of her own.

The centerpiece of this trip was seeing three of Teresa’s photographs at Bermuda’s National Gallery, which was showing its prestigious Biennial. Her slow-exposure nighttime works have appeared many times on Splice Today—and there’s usually a photo shoot on one of the nights there, which Nicky particularly enjoys posing for—but more importantly, she’s received many awards over the years, and is recognized as an accomplished member of the island’s art community.

The snap above is of Teresa posing next to one of her three pictures, “Cooper’s Island, Doppler Dome Beneath the Perigee Full Moon” a shot in the thick of a onetime NASA radar tracking station on Cooper’s Island (after the technology became obsolete in the mid-90s, the base was converted into a wildlife observation tower), conforming to the Biennial jury’s instruction that entries had to explain, in whatever medium, a connection to Bermuda’s past. My favorite of the three, at Terry’s left, is “Road Between Observation Tower and Doppler Radar Dome,” a haunting shot of a road on the island that, if you discount the absence of snow, is strikingly similar to the opening frames of the Coen Brothers’ magnificent 1996 film Fargo. Her website, “Night Photographs,” is currently under renovation but, biased as I am, it’s a splendidly unique collection of photos from around the world, and I’m looking forward to the unveiling.

A commercial for a lovely woman I’ve known for decades? Darn tootin’, Rutherford. And well-deserved.