In the latest Brian Powell story, our hero attempts to buy happiness... and fails. 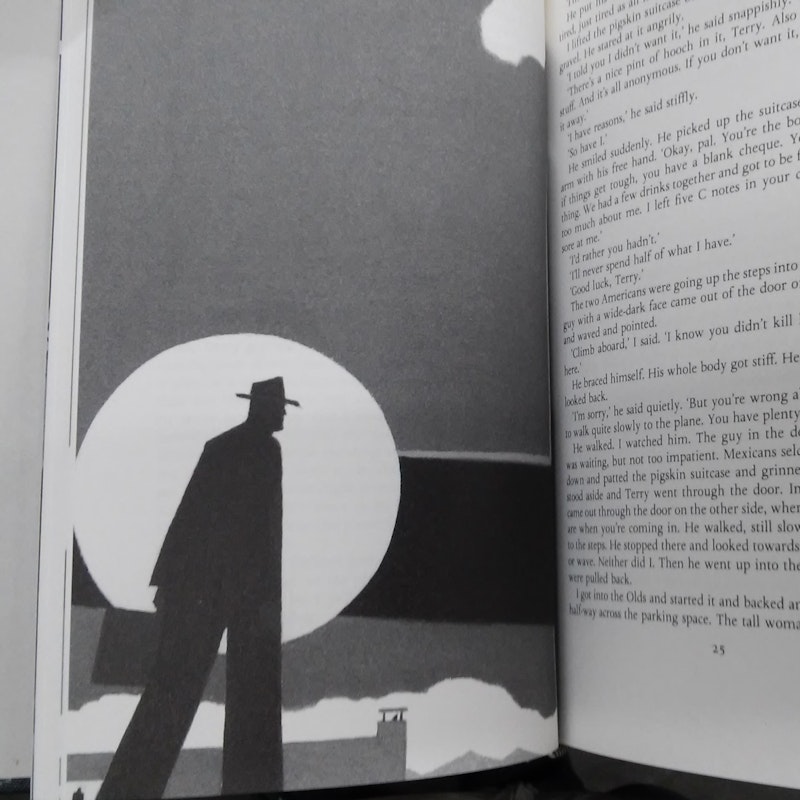 “How much for this one?” bedraggled customer Brian Powell asked, pointing at an item within the glass display case before him.

The merchant looked up from the newspaper he was pretending to read. “Pardon, sir?”

Powell tapped gently on the glass with his forefinger and pointed at delicate looking vase with an intricate flower pattern on its sides. “This vase,” he said.

“Ah,” the merchant paused to fold his paper and then took a few steps closer to this effete wet noodle of a customer in front of him, took a gander at the vase in question and then mulled over or pretended to mull over the query for another moment. “That was given to me by my mother, to whom it was given by her mother and her mother before her—an heirloom, you see. It means the world to me.”

“Yes, the world,” Powell said, nodding. “The world sure is a big place. How’s the old saying go? ‘Big as the world,’ that’s right. That’s the saying.”

“Hmm, they do say that. I’ve heard them say that one. Well, the vase has quite a bit of sentimental attachment,” the merchant continued as he made a show of stroking his neck beard as if in the midst of deep contemplation. “Needless to say, I couldn’t bear to part with it.”

“Needless to say? More like ‘needful to say,’ am I right? Ha! Wish I had the instant rimshot for that zinger. At any rate, you’ve piqued my interest. Name your price,” Powell said.

Powell produced his checkbook promptly and cut a check for the full amount. “Do me a favor and don’t cash this until Friday,” he said, and then handed it to the merchant. “But don’t worry, I’m good for it. I sold a couple of hot takes this week.” Each grinned at the other for what seemed like an eternity, until the merchant punctuated his grin with a knowing wink and Powell winked in reply.

Powell took the vase in his small hands, looked it over carefully, traced its pattern with his finger, a satisfied smile on his face. Then, still smiling, he spiked the vase on the floor as if it were a football he’d just caught for a particularly meaningful touchdown during a New Year’s Day bowl game. The merchant shrugged.