Circumcision Could Be the Death of Me 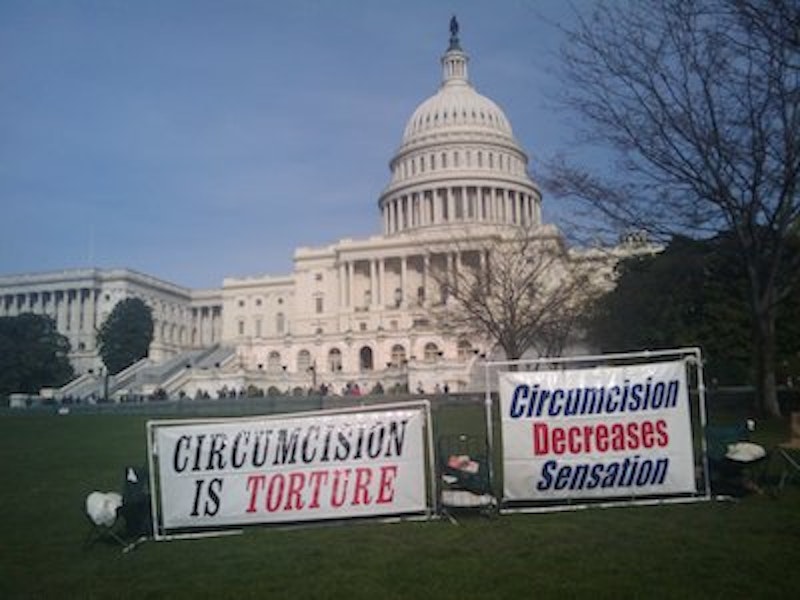 Increasingly I’ve been speculating about to what extent my health problems—which remain chronic, depressing, and capable of intensifying at any moment into an emergency that could spirit me to my eternal reward—are connected with my circumcision.

I’ll continue to spare you the details of my illness, but I’ve been talking this matter over with a Russian-born fellow parishioner here at my church in Indiana, a woman intimately familiar with the rich Slavic tradition of homespun country remedies. She swears that the serious malady that’s been afflicting me is unheard of in Russia—precisely because Russia is a country where circumcision is unheard of. (Its Jews having almost all, for better or worse, “self-deported” to Israel or the United States by now.)

Holy Russia’s folk medicine, in short, sees a tight causal relation between circumcision and my malady. Given that none of my doctors here in Indiana have ever mentioned this, the former lawyer in me sees what’s possibly a case of the post hoc ergo propter hoc fallacy here.

Yet I’m open to the chance that what she says is true. There are vast realms of experience into which the light of Western science—a light more feeble than we would like to think—is powerless to shine. Then too, I’m predisposed by my pro-Russian political instincts and by my Orthodox faith to revere the earthy wisdom of the wonderful Russian common man, in all his nitrate-gobbling, nicotine-stinking, vodka-chugging, Kremlin-worshipping, anti-liberal glory.

Not that I would have much recourse if the Russian folk wisdom is in fact true. Whom does one sue for a circumcision committed a lifetime ago, when Eisenhower (our last relatively decent president, by the way) occupied the White House?

She points out that that resourceful tribe was overrepresented in the medical profession even back then, during my early infancy, and must have used its vast power in the public health Establishment to “push” circumcision. The tribe would have done this, she insists, out of that neurotic instinct for hygiene that afflicts at least Western European Jewry, not to mention from a not-so-secret urge for revenge against the White gentile pecker.

Mother has neglected the crucial question of how one sues “the Jews.” Does one sue the state of Israel? (But liberal Jews are increasingly are estranged from Israel.) The Hollywood studios? Collectively, the population of the West Side of Los Angeles, or indeed of Manhattan island? Canter’s Deli? John Podhoretz? Ron Rosenbaum? Noah Berlatsky? The Brandeis University sociology department? Mel Brooks?

But I’m being facetious here.

In sum, even if there proves no connection between circumcision and a potentially fatal illness, I think that we’ll someday see the mass circumcision of post-war gentile American boys as one of the civilizational crimes of our era—an atrocity akin to the genital mutilation of Mohammedan girls as practiced in the Middle East and Saharan Africa.

Meanwhile, I credit my probiotic diet with keeping me in relative good health despite my diagnosis. As a public service to my readership, I’ll discuss this diet in future installations of this diary, focusing in particular on my reliance on mare’s milk, both in its “fresh” form and rendered into curds and cheeses.