The UK’s Left Wing Agenda Against the Remembrance Poppy

My granddad was POW in Fascist Italy after his parachute division was captured. 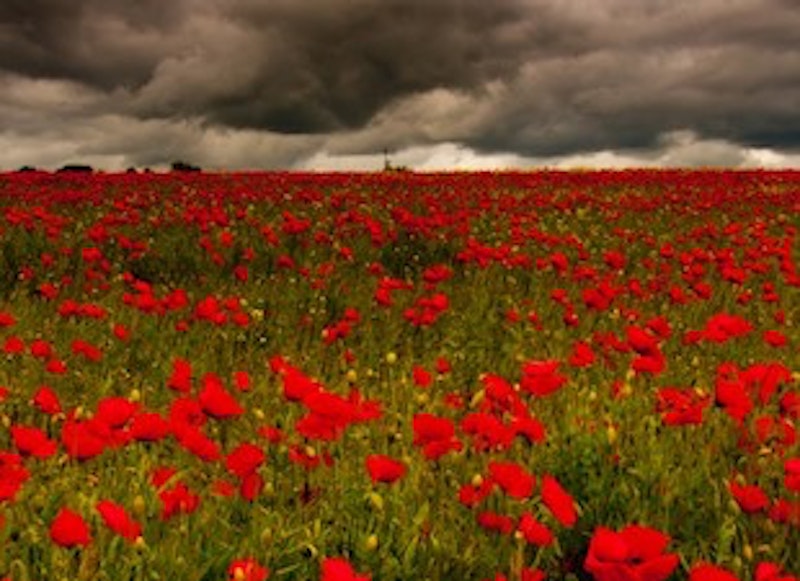 Even though the attack on my hometown was redacted from the media, I’m a combat veteran who took a bottle to the head for my troubles. God must have been on my side because I’m fully recovered physically with no speech or movement disability. I lost three pints of blood for my town, which is why I understand the symbolic relevance of the remembrance poppy and bought one as soon as they went on sale. Last Remembrance Day, I watched while a Gulf War veteran stood to pay his respects for the dead during the two-minute silence. He was a good guy, and although a self-harmer (common with veterans alongside chem sex, hard drink and drug abuse) as far as I’m aware, the psychiatric team helped him get the right medication and coping skills for the horror he’d seen.

Last year on November 3rd bestselling liberal author Matt Haig tweeted that he wouldn’t be wearing a poppy that year, saying it was an excuse to celebrate fascism. When I tried to debate him on this, he blocked me on Twitter. Liberal C4 newscaster Jon Snow also refused to wear a poppy on air, stating audience requests for him to wear a poppy were a kind of "poppy fascism." He said he’d wear a poppy "not on the telly... but on Remembrance Sunday in concert with others."

Other liberals “stars” have also fingered the poppy as a symbol of right-wing militancy, as opposed to what it truly is: A reference to the poppies in Flanders Field in WW1 which saw endless brutal death of thousands of young men, and a charity for the wounded, and the families of the British legion who’ve lost sons and fathers, daughters and mothers in combat. The reality behind the poppy-haters on the left is Jeremy Corbyn and his dangerous and insidious pacifism, which can only make the world, and the UK, a far more dangerous place.

My granddad was POW in Fascist Italy after his parachute division was captured. While it’s a bit of a leap, I can associate with the psychological pain he must’ve endured having now spent 16 years in psychiatric hospitals with no end in sight. He always wore a poppy, as did my parents. Having come from a military family, we see the poppy differently. I wear mine to represent the dead and maimed in the battle to regain my hometown, but also for every honorable soldier who either fought, died, or was wounded fighting evil. In our silly, fame-obsessed social media culture, the hard left and hard right need to prove how interesting and smart they are because there are a lot of tweets to fill and Twitter never ends until your account is blocked, which is rarer than the Alex Jones’ of the world would have you believe.

It was the Canadian poet and soldier John McCrae in 1915 whose poem “In Flanders Field” was the origin of the Remembrance poppy:

In Flanders fields the poppies blow
Between the crosses, row on row,
That mark our place; and in the sky
The larks, still bravely singing, fly
Scarce heard amid the guns below.

The (typically wealthy) left wing media has an agenda to ensure Corbyn’s victory at the next election, but I’ll actively campaign during the build-up to the next General Election to prevent this vicious man from gaining power. By eroding the military and disrespecting the dead, the hard left are showing themselves to be dim-witted, physically weak and unable to understand the harsh realities of war.