Get “Pantsdrunk” On Your Couch

An new instructional manual on how to drink alone the right way. 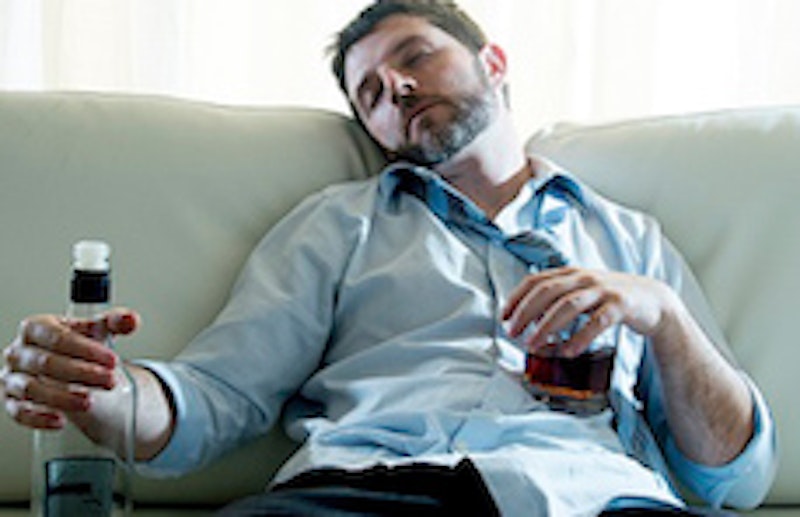 According to the latest World Happiness Report, the Nordic people are the most content people on earth (Finland’s number one), despite their long, brutal, and dark winters. Perhaps those merciless months have motivated them to define “lifestyles” that maximize their mental well-being. If you’ve done any browsing at Barnes & Noble in recent years, perhaps you’ve seen some books about the Danish concept of “hygge” (hoo-gah), which is about pursuing coziness while surrounded by attractive visuals. There are plenty of books and blogs about the Swedish concept of “lagom,” which emphasizes keeping things in balance and uncomplicated. If you’re a seeker looking to coffee table books from Scandinavia for direction, then bring home a copy of Miska Rantanen’s new book, Pantsdrunk: The Finnish Path To Relaxation, and have a few drinks.

Getting pantsdrunk is an indoor pursuit, while hygge can be attained both indoors and outdoors. A comforting meal with friends near a blazing fireplace (soft lighting is essential) while sipping red wine would be approaching peak hygge, especially if a full bookshelf was in the picture. Going for a long walk in the snow and stopping in at a warm, inviting café is up there too.

Getting pantsdrunk (the Finnish word is kalsarikanni), a relaxation technique, is a humbler pursuit requiring considerably less effort. You just stop at the store after work to buy some beer or wine (hard liquor’s not really in the equation) and maybe some Italian cured meats, and then lounge around in your underwear or sweats and a t-shirt while doing something mindlessly entertaining like watching reruns of Columbo. An Ingmar Bergman film wouldn’t be a good pantsdrunk choice, as themes like religious doubt, self-loathing, sexual frustration, and insanity and demons have few restorative qualities.

The author, who claims to be the Director of the Norra Haga Party Central Institute, also encourages pantsdrunk initiates to spend some time on Twitter, strum their guitars, or listen to music. Really all it takes, besides some form of distraction, is a couch, alcohol, snacks, and “norm-free attire.” You can do it alone if want to.

Hygge’s cinematic, making it a perfect fit for glossy books and magazines, but getting pantsdrunk’s not sexy—it’s all about feeling good on the inside while not having to go to the effort to look presentable. Images of relaxed people sitting around in their underwear while sipping mango IPA aren’t something you want to post on Instagram.

The sort of boozing George Thorogood glorifies in his song “I Drink Alone” (“So I caught up my pal Jack Daniels and his partner Jimmy Beam, and we drank alone”) isn’t in the pantsdrunk category. Rantenen calls for a “sensible amount” of alcohol, because getting pantsdrunk isn’t a full-on Dionysian pursuit. Rational thinking and prudence are involved as well, but it’s okay to temporarily drop the Apollonian mindset now and then.

If you’re not familiar with Nordic culture, you might think this is a straightforward, although light-hearted, instructional manual, at least for a couple of chapters. A quick perusal of online comments on “Pantsdrunk” makes it clear that plenty of readers took it this way, but the more discerning reader will at some point recognize this as a piece of dry satire poking fun at the over-seriousness of the Nordic lifestyle concepts, which often resemble marketing techniques meant to sell you more stuff.

If you’re looking for a way to ease the shame of drinking alone or justifying those extra calories society henpecks you about, Pantsdrunk might be the book for you—it gives you permission. If a few chuckles is all you want, it’ll do too, at least until it runs out of steam and starts throwing out filler. After all, how much interesting material can you produce when you’re just writing about adding alcohol to the already well-known pastime of “Netflix and chill”? This book is as padded as the couch the author wants you to chill out on. It’d be a good joke present to give to your Type A friend.