Only a Soundless Scream

A strange day winds back to memories of a drowning deer. 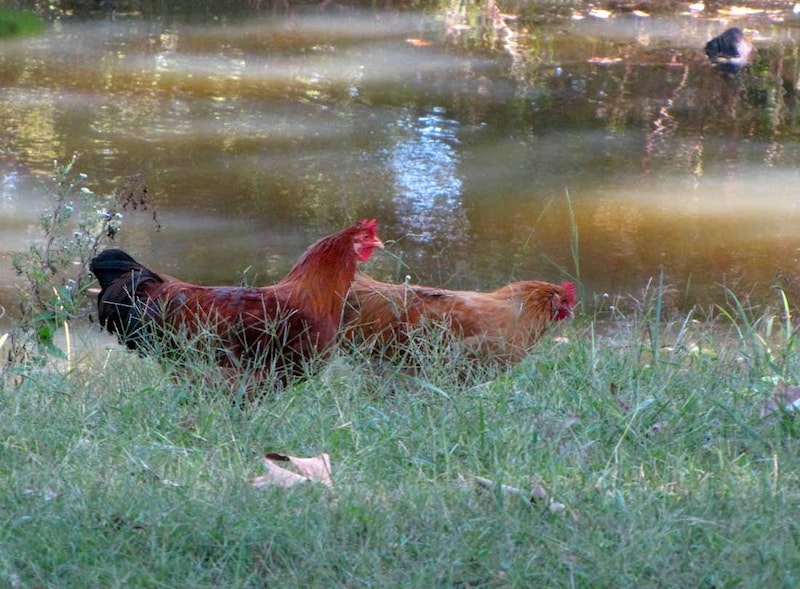 What a strange day. Did you feel it? Nothing bad happened but everything felt vaguely off, a distant omen of some incoming shell not yet launched or built. Everyone I talked to on my errands—Phyllis Peacock, Gerald, Milky, Ambrose Greene, the Postman Phil—they all had the same feeling of dread, unable to pin it down.

Gerald tells me there’s a “war on your mind,” but I don’t believe him, he’s been saying that for years. He’s looking rough: jaundiced, fat, slow… must be all those “supplements” he’s taking. Whenever I go over to his shed he’s got the radio tuned to some man who knows how to communicate only in screams and grunts. I think he’s based out of Texas. From what I’ve heard it’s a poor imitation of Coast to Coast AM: half-baked conspiracy theories and alien sightings and shameless hucksterism preying on the poor and paranoid, both of which fit Gerald’s description.

But even his demeanor has changed lately—he’s no longer ranting and raving loudly to anyone that would pass by, he’s more quiet, reserved, as if he’s withholding something from us, “the sheeple,” and preparing for whatever apocalypse he’s sure is imminent.

I’m a skeptic but generally stick to what The New York Times and The National Enquirer have to offer. People say it’s good to get out of your information bubble, and while I’m not aligned on either side, I think I get the gist of what’s going on in those two highly respected publications. I also like to read Jezebel when Monica’s not home. Five wise women once advised to “spice up your life,” and I take those words to heart every day. It’s a good maxim to live by.

But I could feel the breadcrumbs collecting on this cloudy, unsettling day. As I went out one morning last week, I saw a deer swimming in the lake about half a mile from our barn. I’d never seen such bold fauna shaking off the shackles of their biology, and as a flightless bird, I respected it. More than that—I admired that deer as he swam, even though he drowned shortly thereafter. There was nothing I could do, no cell service in the country and no one to call (the police don’t care about drowning deer), so I logged it in my diary that night and let it be. But as I went out this morning, I swear I saw the same deer with the same dented and frayed antlers as that one brave soul struggling in the lake.

We locked eyes and challenged each other via mental telepathy: with no words he told me to go forth and wander, forget this meeting, and as I turned around, I felt a soundless scream pierce my soul and run through my body like electricity. I struggled to make it back home without losing my marbles, so I put them all in my pouch and let the gambling sit for another day. Monica came home around five and we made dinner and watched a movie (a light comedy—Still Alice), and as I prepare for bed, I can only hope tomorrow will bring a refreshed state of mind and a less imposing and confusing world. I blow out all the candles in the barn and retire, though that soundless scream still reverberates through my bones. Don’t trust Smokey the Bear—no one can prevent forest fires.