To enjoy ourselves again, we must free art from our own narcissism. 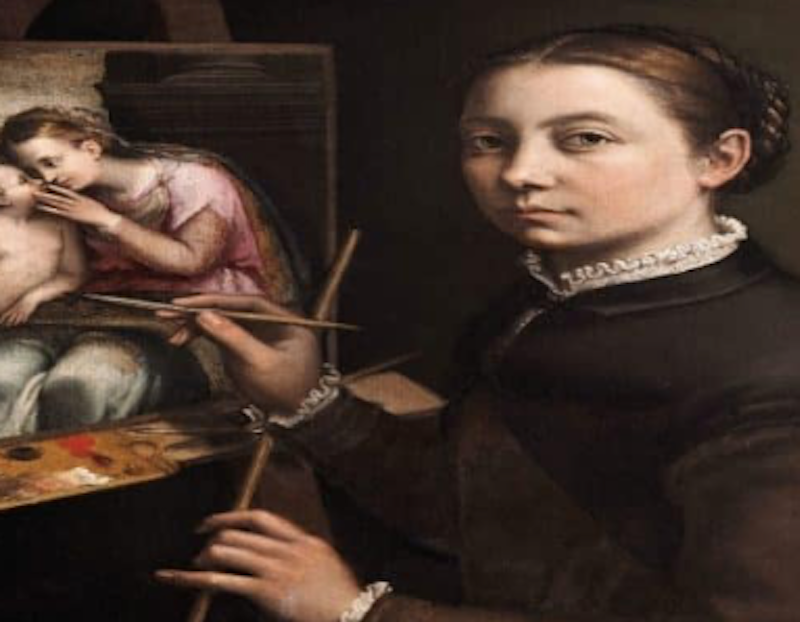 The last few years have seen a lot of exhausting debates around this question: “Can we separate art from the artist?” Prior to around 2013, the obvious answer among most people was “yes.” But since then, some very loud people have asserted that certain records, films, and books are so damaging that we must attach a cultural stigma to them. We’re called to stop some books from being discussed or published, get people fired, get shows and tours cancelled, shut down film screenings, and get pieces of art removed from gallery walls. This attitude has permeated nearly every cultural space, and the results have been a disaster for free expression.

Through the act of reading, listening, and watching, we enter a space of pure imagination and reflection, unimpeded by our obligations to work, family, society, and that realm of law, power, and ideology—the political. Art can contain reflections on that realm, and much of the best art does. But as art, its function in that space is ambiguous and uncertain, which allows it to maintain relevance beyond its original creation, linking past and present together in a universal experience.

As Albert Camus said in The Rebel, art “teaches us that man cannot be explained by history alone and that he also finds a reason for his existence in the order of nature.” This is unsettling to the propagandist and the fanatic. It posits that ideology can’t extinguish the eternal questions, as “Long after his death, Rembrandt’s philosopher still meditates, between light and shade, on the same problem.” He issues a stark warning that: “Each time that the revolution kills in a man the artist that he might have been, it attenuates itself a little more. If, finally, the conquerors succeed in molding the world according to their laws, it will not prove that quantity is king, but that this world is hell.”

I’ve heard a lot of terrible things said over the last few years—this anxious age we can’t seem to escape. But one of the worst was this ghastly piece of English: “Listening to music is itself a political act.” That’s right: Sound waves interacting with a person’s nerve cells must at all times render a value judgment relevant to the wielding of political power. This isn’t just radical-chic lunacy, it’s an evil idea.

This is the totalitarian impulse distilled to its purest form. It subordinates our perspective to that of the state, or those who wish to command the heights of state power, which entails the monopoly on physical violence. If all art is political, then the political person can’t help but dictate what forms of expression are permissible for aiding their political project. This is the logic of the propaganda ministry under the Third Reich, the cultural commissar under Stalin, the thunderous Inquisitor, and the hysterical puritan with his torch at the ready. It’s a horrifying way to go through life.

It recalls George Orwell’s despair at the atmosphere that prevailed after WWII, when much of the Western intelligentsia was uncritically pro-Soviet and pro-Stalin. Writing in “The Prevention of Literature,” he noted that “Everything in our age conspires to turn the writer, and every other kind of artist as well, into a minor official, working on themes handed to [him] from above and never telling what seems to him the whole of the truth.”

Even if we humor today’s moralizing fanatics, we see how quickly their terrain turns to quicksand. They try to be cute by saying “Oh, but it’s not censorship, because we’re not using the government to punish you! Who’s the snowflake now?” And they’re right. They dress their critiques about “harm” in the red hues of Marxism, while acting out the most bourgeois, market-oriented form of activism: consumer advocacy. It’s activism as consumers for consumers, to comprise a pressure group to rally against the production, selling, and possession of a commodity.

They are Plekhanov’s “precious pillars of bourgeois society,” who “furnish the ‘raison d’etre’ for the most immediately reactionary policy.” You see this in their sick arousal at humiliating individuals for enjoying the wrong book, film or album. It echoes the busybody suburbanites who petition their local movie theater against screening violent movies. They all come from the same class and carry the same motivations; the only difference is the branding.

It’s doubly hilarious considering their ideological model, which smuggles identity politics into dialectical materialism. The idea is that our unjust social relations make up the base of society, which therefore causes and are caused by the superstructure of culture (e.g., entertainment, the arts). While they use this framework to launder their reputations as fighters for the oppressed, it commits them to the highest act of bigotry. It assumes that people with have no ability to think on and interpret art for themselves and are incapable of simply being unaffected by something they read, hear, or watch.

This gets to an idea Stefan Collini wrote about in his excellent little book, That’s Offensive! Criticism, Identity, Respect. For Collini, “The most important identity we can acknowledge in another person is the identity of being an intelligent reflective human being.” With respect to the arts, “Perhaps egotistical old men shouldn’t be forced to watch Shakespeare’s King Lear, but nor should they have the right to prevent it from being staged because they would find it hurtful. We diminish rather than sustain their autonomy if we try to second-guess what will offend their identity in order to protect them.”

So what’s the practical significance of engaging or not engaging with a work of art? What impact does it actually have on the world? Let’s say you prevent a book from being read, a song from being heard, or a film from being watched. Have you lifted a family out of poverty? Have you released a man sent to prison on a minor drug charge? Have you fed a hungry child? Have you turned the heat back on for a single mother who can’t pay her bills? Have you found a real job for the desperate gig worker who hasn’t slept in three days? Have you done anything of real significance?

Let’s say you did read that book, listen to that song, or watch that film. Did someone from a historically marginalized community magically feel a pang of agony as you turned the pages? Did the victim of some grievous crime relive their suffering the moment you pressed “play”? Did the ghost of past war crimes visit the descendants of its victims as the electrons on the screen came into the view of your eyes? Did anything of real significance occur?

None of this helps anyone except for you, projecting phantoms onto the wall in the service of your own sick narcissism. There are plenty of reasons to feel revulsion at an artist’s personal legacy, which can make it hard to engage with their creative legacy. Everyone has their limits, including myself, but this is a personal question. Furthermore, it doesn’t follow that enjoying an artist’s work signals approval for what they’ve done in their personal life.

Patronizing people is wrong. Treating adults from marginalized communities like fragile, helpless children is wrong, as it recreates one of the preconditions of bigotry, that of othering people and holding “the other” to a different moral standard. People don’t need protection from offensive art or art made by bad people. In fact, if you consider an album made by a bigoted monster, what would be a greater defeat than to have people of all other identities listening to his music? His failure is complete, his political project has backfired spectacularly, and most importantly, the art is ours now. The work belongs to us and is relevant to us on our own terms.

Group settings can be more complicated: public movie screenings, concerts, etc. In any music scene, for example, the only requirement for entry should be that you like the music and are cool to everyone else. All other barriers should come down, and all should feel welcomed. If people have felt unwelcome before or see something going on that makes them uneasy, we should hear them out and respond accordingly. Incidents should be worked out like adults on a case-by-case basis, and not exaggerated into a “structural” narrative. It’s wrong to scare people by blowing things out of proportion, or to use their identities as raw material for manufacturing your personal brand.

A lot of the old arguments against the conservative moral majority still hold as well. Art isn’t a mind control device that magically makes people do things. If you’re an adult, the actions you take after engaging with art or entertainment are your own fault. As for children, they’re the charge of their parents, and it’s morally obnoxious to apply the same level of responsibility to a songwriter, author, or cameraman somewhere else on the planet. That doesn’t mean all forms of violent or sexual media should be available to young children. Casting some shadows and creating some hurdles helps us protect kids while making adulthood more interesting and rewarding.

But artists are not babysitters. They’re not role models. They’re not life coaches, personal consultants, or wellness gurus. A novel is not a play-by-play manual for life. Film crews aren’t representatives of the local health department. Album releases aren’t encyclicals issued from a multi-disciplinary board of HR managers. Some people want art to play these roles in society. They’re wrong.