This is too good to be true. 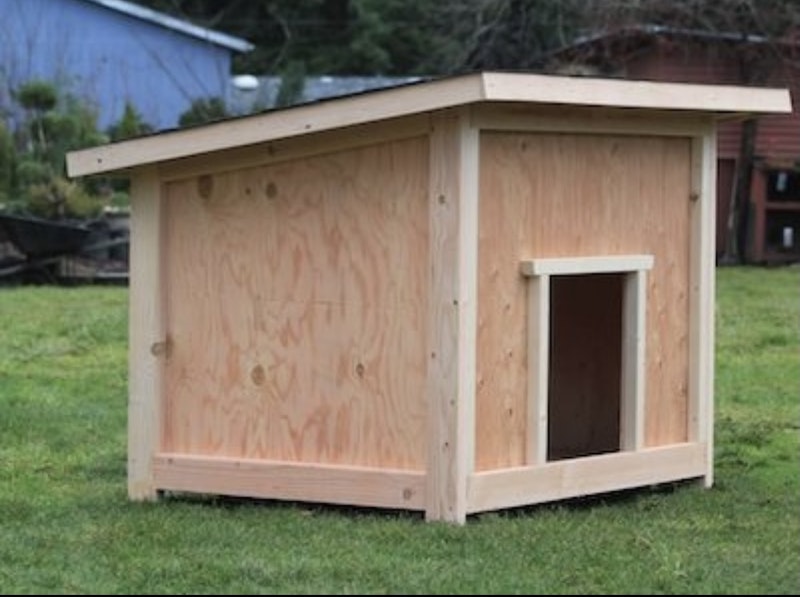 I staggered through the front door, stumbled to the living room, collapsed in my easy chair. I had to make this look good, really good. So I feigned a faint.

I heard Placid dart from the kitchen, I heard her gasp, I felt her warm breath as she hugged me and said, "I can't believe it! I must be dreaming!" It was so good to hear that voice again! It's an odd voice. It's like Rocket J. Squirrel's.

I shook my head and mumbled, "It was horrible, but I'm back, in your loving arms... Water... I need a glass of water... Please..." She dashed to the kitchen, and I scanned the room. It was as it was. And it was good, really good, to be home again. Home! Nothing's better!

I'd memorized my story, rolled it over umpteen times to make sure the craft was watertight. To wit: I'd been strolling home when a stranger asked me for a light. I replied that I didn't smoke when I heard someone approach from behind. I was bonked on the head. Blindfolded, gagged, handcuffed and hustled into the trunk of a car, driven for hours to a shack on top of a mountain, no idea where I was, no way of escape. Except I did escape, overpowered one guy, while the other two thugs were on a supply run. I got the key to my cuffs out of his pocket and hiked down the craggy mountain (took two days) and hitched a ride back to civilization. Voila! Here I am! Why was I kidnapped? They never told me, but I got the impression it was a case of mistaken identity. When the trio realized I wasn't the rich scion, they were stumped as to what to do with me. They were swarthy guys, sharkskin suits, average heights, average builds, except one guy was husky. I think they were maybe Cosa Nostra. Names were Tony, Joey, Frank. Could I describe any driver who picked me up? Sorry, mostly drawing a blank. One was a teen, nice kid. All I clearly remember of him is freckles. Another was a truck driver. But it's all vague. I guess it's what they call amnesia? A lot of stuff is foggy. The stress? The knock on the head? You tell me, I ain't no expert.

Audrey had been snoozing when the Greyhound pulled into the Chicago depot, so I just kind of slid past her and was out the door, wearing the same suit I was wearing when I left home months ago. I'd brought no luggage, paid for my ticket in cash. A sturdy story. Nothing overlooked. Anything that they might come up with, I'll just claim amnesia.

I took a cab from Chi-town to Joliet and thumbed it from there.

Ed Brady, our young chief of police, quizzed me for about five minutes, scratched the back of his crewcut head and said, "I think kidnapping is a federal offense. So I guess I'm supposed to turn this over to J. Edgar's boys. But if you don't mind, we're talking paperwork. And you're in one piece, seem A-OK to me. How about this, I'll put a man on the case, but we keep the FBI out of it? Save the taxpayer a few nickels, and the department a lotta headaches."

"Sounds good Ed, sounds okey-doke. If nothing else, I'll have one whale of a tale to tell my grandkids." We shook hands and I was in the parking lot, the sun blazing on my golden Fairlane, gravel crunching as I motored home. Easy peasy. And I still had 10 grand in traveler’s cheques and about nine bills in my wallet. Next stop, the bank to park this loot in my safety deposit box, one fat nest egg for whatever comes my way. Driving along, I reflected on Ed Brady's handshake, firm, solid, but not pulverizing. And he looks ya right in the eye. Good man! It's reassuring to know we've got a guy of his caliber in charge. And he's been a loyal Silver Knight.

As for moi? A dawg chewed his leash, broke free, ran around like a bad dawg will. The bad dawg bayed at the moon, scrounged a few garbage cans, sank his chompers into the tender calf of a postman, growled and snapped at some widdle chirren. Fido had a woofin' good time! Now Fido's back in good graces without so much as a swat of rolled-up newspaper to his canine noggin. In point of fact, Fido has a meaty chew bone secreted away. This is too good to be true.

Zeke said, "This has been a most distressing time, Roger. We've been through hell on earth, agonizing over what could have happened to you." We sat in his study, he at his desk, me seated across from him. He'd aged noticeably. Other than that it was like old times, like three months ago. It was the deep reverberant echo you get at the bottom of a drained swimming pool. I'd lived an entirely new incarnation, been reborn into blaring light, now I was back in the nice warm womb. I felt blessed. In the kitchen Placid and Marjorie were preparing a homecoming feast, jibber-jabbering as gals do. I could hear Anne and Luke in the yard playing, laughing. It was all music to my ears: a hymn, a symphony, a string quartet.

Over dinner, Zeke said, "By the by, that peeping Tom seems to have fled, nary a sign of him. We thought we'd nabbed him at one point, found a seedy stranger that fit the bill. However, he had a rock-solid alibi. Unfortunately a couple of the boys kinda jumped the gun and roughed him up a bit, knocked out a molar, before we realized our mistake. I personally gave him our official Silver Knights apology. Ed Brady even drove him to the train station in a black and white. That said, he was a boozehound. And a cigarette smoker, menthols. Safe to say he'd done something at some point that earned a good thrashing. And who knows? Maybe we knocked some sense into him? God works in mysterious ways."

I had to marvel at Zeke's aptitude for seeing all facets of a situation, and his ability to find the good in almost anything. It's part of what makes him a natural leader. Zeke's a large piece of the puzzle that makes Prentice such a wonder.

Saturday evening, Placid and I went out to dinner at the Prentice Inn, a quaint and rustic rambling white affair that's almost as old as the town. The intimate dining room was packed. Our waitress had just handed us menus when I heard a familiar voice in the lobby, a voice that was like smoke, like an ocean fog rolling in at dawn, a soft voice that now packed a stun. "Gosh, this place brings back memories! It's been ages, simply ages, since we ate here, when your parents were still with us." It couldn't be, but it was. Audrey. With Alexis. (So this was the small town cousin!)

I held my menu up to my face as they brushed past to the barroom to tip cocktails until a table was available. Bullets of sweat, cold as Martinis, ran down my ribs. "Darling, I don't feel so hot. I think I'm going to be sick. It must've been that frank I ate when I took Anne and Luke to the park."

I heard the voice of the cartoon flying rodent say, "Gee, I guess we should go!"

Around midnight I woke to find myself in pajamas and slippers and Luke's blue Huckleberry Hound mask peering into Audrey's ground floor room as she slept. She'd kicked the covers aside. In her negligee she looked as tempting as a strudel fresh from the oven, topped with powdered sugar. I tried the window. It opened, slid all the way up with nary a sound, as silent as a Cage composition. I hefted myself up and climbed through. In the room I inhaled deeply the scent of slumbering beauty.

While Audrey slept I pulled up a chair and studied her. Then I thought, y'know, why not lie next to her? We'd gotten pretty hot and heavy on the bus, so it wouldn't be completely out of line.

Lying beside her warm frame, a tidal wave of exhaustion rolled over me. I don't know how long I'd been asleep, but when I opened my eyes the room was chilly. I'd left the window wide open, of course. Dawn was just on the verge, the slightest hint of light. I was out the window and hightailing it back to Casa Kane when I realized that I wasn't wearing the Huckleberry Hound mask. Maybe the rubber band snapped?

Back alleys and deer paths, slinking home, I crawled along hedges, every minute a bit lighter and brighter than the minute before. I tippy-toed back into our house, into our bedroom, slipped into our bed. Safe. So safe, so relaxed, I feel into an immediate deep sleep, waves of ebony undertow sucking me down. The alarm clock brought me to a room soaked in sunshine. "How are ya feeling today? Tummy better?"

"Much better! All better! How 'bout some flapjacks and Canadian bacon, Mrs. Kane? It's great to be back home! Three months of living in danger and on a grim diet of hardtack and water. Phew! Don't ever want to do that again."

At church rumors were buzzing, the peeping Tom is back. And the front page headline of Monday's Prentice Crier blazed: The Fiend Never Left!

At the breakfast table I turned to page three of the Crier, a few paragraphs down it mentioned a Halloween mask found, the only clue.

The phone rang. I picked up the kitchen wallphone. After a brief hello, Zeke said, "Roger on top of this sex maniac stalking Prentice Hill again, we've got more filth to deal with. Special meeting of the Silver Knights tonight at 8:00. I'll pick you up 20 minutes before."

"What's this other deal, Zeke?"

"The drive-in movie establishment is under new management and they've been showing dreadful stuff, just vile. We've tried to reason with the fellow, but he's told us in no uncertain terms to take a hike. And this week they've hit rock bottom with some sort of trash called Psycho Lana. Our Catholic members tell us that the Legion of Decency has given it a C rating, the very lowest. From what I've read, it's somewhere between a bloodbath and a stag movie. I'm afraid we have no choice but to take things up a few notches. As to what, well, that's tonight's topic of discussion. See you at 7:40."

I hung up and stared at the pale yellow phone. It reminded me of a lemon chiffon pie my mother baked on the Fourth of July many years ago, when I was five. My limp arms hung at my sides. Everything looked and felt fuzzy. In the distance, a little voice said, "Well, at least you used a pseudonym for Psycho Lana. They can't connect you to that, right?" I nodded, agreeing with the little voice. True, but storm clouds were gathering. Yesterday, I had my cake and was eating it. Today, I discover that the cake's laced with arsenic.

"Da-ad!" Luke tugged at my sleeve. "Can't find my Huck'berry Hound mask. Da-ad! Are you listening?"

Yes, I was listening to a caisson rolling along, rolling to an ultimate end, filled with enough ammo to arm dozens of firing squads. And I was also listening to Audrey breathing in her sleep. It's the most beautiful sound I've ever heard.