A man of integrity who survived torturous Vietnam injuries. 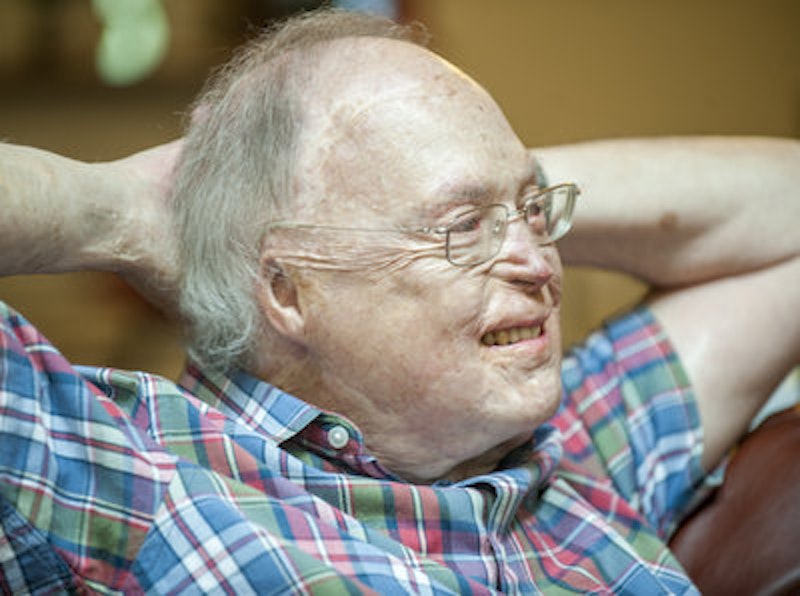 Bob Timberg was a mensch. There’s no better word to describe him. A person of honor and integrity. A wonderful human being. Timberg was scarred and mutilated by war, driven to near suicide by the facial disfigurement he suffered in Vietnam, yet somehow he managed to deal with his demons and become one of the outstanding journalists and authors of his era. Timberg died last week of respiratory failure at 76, still wearing his reconstructed facial wounds after 30 agonizing surgeries.

Not too many reporters are born again as Timberg was—not knowing a lick about newspapering after his truncated war years as young Marine lieutenant out of the Naval Academy—on a whim getting a master’s degree in journalism from Stanford, grunting it out as a rookie reporter at the Annapolis Evening Capital, winning a prestigious Neiman Fellowship to Harvard and a Woodrow Wilson Fellowship to round out his set of epaulets.

And along the way, Timberg was an Evening Sun State House reporter in Annapolis until moving over to the more prestigious morning Sun, a White House reporter during the Ronald Reagan years, The Sun’s deputy Washington Bureau chief and a memoirist with several critically acclaimed books to his credit—The Nightingale’s Song, a companion biography of Sen. John McCain, State of Grace, and Blue-Eyed Boy, his memoir and the book he once told me he swore he’d never write.

Right up front, Timberg would draw a sharp line between journalist and reporter: Journalists are what television personalities call themselves, and reporters are those who actually do the pick-and-shovel work of reporting.

Timberg was on the way up, as I was on the way down. He came through the State House press room during the tumultuous days of Gov. Marvin Mandel’s legal troubles and eventual decline and fall. By then I had departed for the private sector after eight years as Mandel’s press secretary. But Timberg and I had become friends in an odd way. We were both customers of the same barber, the late Cy Avara. Mandel, also an Avara customer, and I had helped to arrange for Avara to set up kind of a bootleg broom-closet barber shop in the Old Senate Office Building back in the mid-1970s. When a ruckus arose from local barbers as well as legislators about the curious and favorable arrangement for Avara, Timberg let the story fall to other reporters. Timberg said: “As a reporter, I have only one sacred cow, and that’s Cy Avara.” At Avara’s surprise 80th birthday party, Timberg and I and Sen. Paul Sarbanes, another Avara client, clustered together to not only toast the occasion but to swap stories about the old days in Congress and the State House where Sarbanes was a delegate before going to Washington. Timberg once told me he’d figured a way to work Avara’s name into every book he wrote. Timberg and I and yet another Avara client, David Gordon, sat together at Avara’s funeral mass a couple of years ago, the last time I saw Timberg in person.

Timberg had praised the farewell tribute I wrote about Avara. I thanked him and said: “Here’s the deal, Bob. If you go first, I’ll do the same for you. And if I beat you, promise you’ll return the favor.” Promise kept.

On the occasion when Mandel reclaimed the governor’s office after imprisonment, and three days before Harry R. Hughes was to be inaugurated in January, 1979, a group of Mandel’s former staff members stormed into the State House ground floor entrance near the press room shouting, “The muldoons are back, the muldoons are back.” Timberg stood grinning and said, “Man, you guys have style.” (For those unfamiliar with Maryland political lore, the word muldoon dates back to the early 20th Century-era of Irish political bosses and ward-heelers. The muldoon was the Democratic precinct factotum with the largest immediate and extended family that he could turn out on Election Day to vote the party line.)

In the years long after Annapolis, Timberg and I talked occasionally, reporter and source, and saw each other frequently at Avara’s Baltimore barber shop and at Avara’s annual Christmas party. But fate intervened again. Timberg and I, in a rambling conversation, discovered that his son, Craig, and my daughter, Daniella, were classmates at Connecticut College, where Craig launched his career in the family business, as a journalist. Craig is now a reporter at The Washington Post. Another son, Scott, is a journalist in Los Angeles. We were amused by yet another connection: Timberg was a Naval Academy graduate and I a graduate of the Navy School of Music.

And not too long ago, when Richard Ben Cramer, a former Sun colleague and alum from the Mandel years, died, I called Timberg and asked for a recollection or two that I could incorporate into a column about the irrepressible Cramer. “I’ve just finished writing a section on Ben for the book I’m working on, Blue-Eyed Boy. I’ll email it and you can use what you want.” I used and attributed every word.

When Timberg’s first book, The Nightingale’s Song, was about to be published, I was sent a bound set of the galleys for a pre-publication book review. He was concerned that the galleys were not the final corrected proofs, but I assured him that I wouldn’t review and publish without his clearance on the status of the galleys. And when I was shopping a manuscript of my own, Timberg set up an interview with his agent who read but rejected my book.

Timberg was only a few days away from leaving Vietnam for an extended leave at home when he was ordered on a routine mission that would forever change his life. In January, 1967, Timberg was sitting atop an Amtrac amphibious tractor that carried more than 400 gallons of gasoline in its tanks, patrolling along rice paddies outside Da Nang in South Vietnam. It struck a land mine and nearly incinerated Timberg, leaving his face disfigured and his body covered with third degree burns. He wrote in his memoir, Blue-Eyed Boy: “I felt myself lifted as if in the eye of a hurricane, except in place of wind and rain I was being carried aloft by flames.”

It was then that Timberg descended into the darkness that nearly destroyed him, only to be reborn as one of us who reported from the State House in Annapolis and who went on to acclaim as a respected, if not beloved, journalist and author. He was as tough as reporters are made, but there wasn’t a mean bone in his tortured body.

The dwindling ensemble of those of us who remain from the State House press corps of the 60s and 70s assemble occasionally at the Maryland Inn in Annapolis to relive past adventures as journalists. Timberg was usually there. But regular contact among the fading group is becoming more distant. The shrinking email list maintained by Val Hymes, who acts as the group’s social secretary and den mother, still binds us together. When I joined the chorus on the email round-robin with a felicitous word or two on Timberg’s death, his name and address were still on the list. I received the following bounce-back from Timberg’s email: “Thanks for your note. I’ve been ill and am currently in a rehab facility in Annapolis. I’m looking forward to getting back in touch when I’m out.” He never got the chance. RIP Bob Timberg.