These scholars’ sense of the variety of human potential is still important. 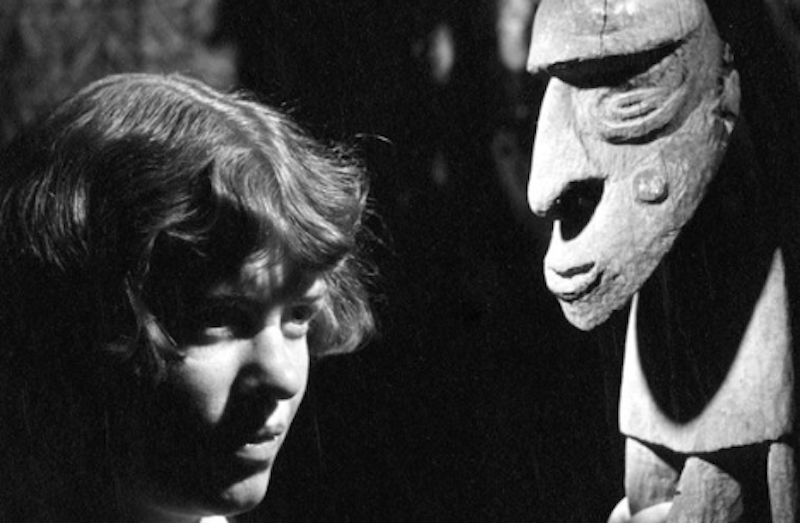 Charles King’s Gods of the Upper Air may be an exception. It’s a study of the circle of anthropologists and writers that came to surround Franz Boas at Columbia University in the first half of the 20th century. Among the main characters are Margaret Mead, Zora Neale Hurston, and Ruth Benedict (author of The Chrysanthemum and the Sword, in its day an important book describing the culture of Japan for Americans). As a group, they developed an approach to anthropology based on what Benedict came to call “cultural relativity”—the common sense attitude that there’s no single scale of development for different cultures, and that what seems natural or obvious to a particular individual is a function of how that individual was raised in their own particular culture.

King’s book is lively, with not only well-written prose but a good eye for detail. He establishes the social context for the lives of the anthropologists with quick, telling facts that set up a larger world, whether Boas’ childhood in a Westphalia that still remembered the uprisings of 1848, or Hurston observing voodoo ceremonies in Haiti and encountering a zombie.

He incisively discusses the importance of the idea that Boas fostered among his students of the relativity of culture. Boas, who as a young man lived among the Inuit and had spent time with the indigenous people of British Columbia, encouraged the scholars he taught to be aware of their cultural preconceptions when dealing with other peoples. King does an excellent job of discussing that, and of going further to describe the intellectual background of anthropology as a discipline, what new ideas Boas introduced, and the pseudoscientific racism against which he fought.

Where the book runs into trouble is in its lack of a sense of how the anthropologists’ ideas developed over time. King does describe Boas entering into public controversies with other academics as a young man, but suggests that by the time he came to Columbia Boas’ generation was taking over and the public arguments had stopped. King doesn’t try to discuss the state of anthropology through the 1920s or 30s, except through the work of the main figures of his book. As a result, there’s not much sense of how that work was received, or what impact the work had on intellectual history.

There’s a hint in the concluding chapter that there isn’t much of a story there; that opposition to the new ideas of Boas and his students was repetitive, the same knee-jerk prejudices repeated by different people rather than an ongoing dialogue and development of ideas. But the book’s subtitled “how a circle of renegade anthropologists reinvented race, sex, and gender in the twentieth century,” and it doesn’t match that description. It doesn’t show how renegade the anthropologists are. And while it shows how they developed new ideas about sexuality and gender (before the word “gender” was used in its contemporary sense), it doesn’t explain the reaction to those ideas or how widely or quickly they spread.

The subtitle promises a prominent link among the characters of the book. In fact there isn’t much of a sense of that through Gods of the Upper Air. King points out that Hurston drifted away from the group early, for example. The people he writes about are for the most part not shown interacting, writing, or critiquing each other. Everyone’s shown relating to Boas, and Mead’s relationship with Benedict is explored. But the sense of a group doesn’t emerge.

Instead, roughly the first 100 pages of the book follows Boas, then Mead takes over as the dominant personality, with two separate chapters focusing on Hurston. Other characters—Benedict, Sioux scholar Ella Deloria—have key moments as well, but on the whole the book feels like two or three large stories and about as many smaller ones awkwardly spliced together. This is a problem as, lacking a central structure, the intriguing matter that King’s working with ends up turning against itself: sentence by sentence and even page by page the book reads well, but everything is a distraction from everything else.

The individual lives are interesting. If King doesn’t investigate the influence of Boas’ Judaism on his sense of culture, he does discuss the bisexual polyamorous Mead’s complex love life in detail. But the lives of King’s characters aren’t obviously structurally harmonious. Boas lived his life, Mead hers, Benedict hers. King doesn’t cover the overlap well enough to bring out the sense of a collective relationship that develops over time, meaning the book lacks drive.

This is particularly the case when he reaches Boas’ death, and a new scholar takes over his department at Columbia. King hints at intellectual conflict between the newcomer and Boas’ circle, but this never comes out in any significant way. The ideas of these anthropologists are much of what is important about them (Hurston’s fiction the greatest exception), but there’s a lack of exploration of how they affected and interacted with the intellectual world around them.

There’s value in King’s discussion of the ideas. These scholars’ sense of the variety of human potential is still important, as are Benedict’s reflections on how difficult it is to step outside one’s culture. To do so means in some ways becoming an infant again, having to learn a different way to become an adult human being.

At the time and since, there has been considerable political resistance to all of this. King brings out what’s of value; why his subjects matter. There’s enough good material in Gods of the Upper Air that although its overall structure is difficult to discern, it’s at the least a qualified success as an introduction to these writers and thinkers.