We Are Haunted by Russian “Household Gods” 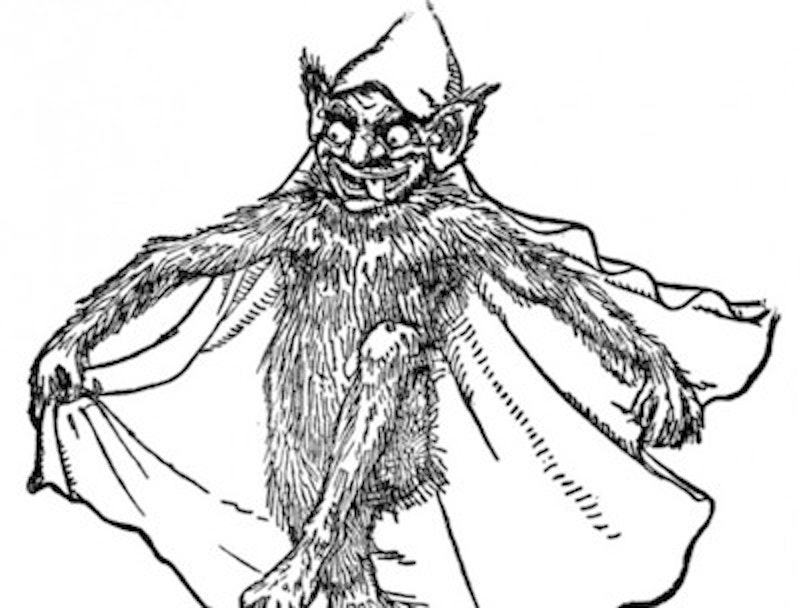 Last week I mentioned how Brother Aiden, my partner at our Benedict Option homestead, is increasingly convinced that the accidents and misfortunes we’ve experienced recently are due not to circumstance, but rather to the mischievous presence among us of sprites, goblins, imps, and so on.

There’s a context here. As converts to the Russian Orthodox Church, Aiden and Sister Marie and Mother and I have also become enthusiastic converts to Russian culture, including its peerlessly rich peasant folk culture. And it’s precisely in that culture that there used to exist a strong belief in the existence of “household gods”—petty supernatural entities residual from Russia’s pre-Christian rural past.

I wonder if Aiden, susceptible as he is, isn’t finding himself under the influence of his reading in the folkways of the old Russian country commune—in the same way in which my own childhood readings in Lovecraft convinced me of the presence of Cthulhu at the bottom of the local swimming hole, or that if I were to swim in the ocean off the coast of decrepit New England towns I might be subjected, for better or worse, to copulation with semi-humanoid alien-derived fish.

I should stress here Aiden’s essential simplicity. He is the classic “naive” reader, his native imaginative powers and emotional sensitivity unaccompanied by the critical insight that most of us acquire with adulthood.

On the other hand, it delights me as a Russophile to think that he might be right—even if talk of the household gods is supposed to offend me as an Orthodox Christian, since while the Russian Church tolerates such folk beliefs, it does not approve of them. Aiden’s mumblings about the supernatural “black operations” around our property—a smashed vase here, a tub of rancid butter there—have stimulated me to delve into some of the relevant mythology. Apparently, the household gods derive from the ancient Slavic tradition of ancestor worship, and over the centuries winnowed down into several rough categories.

There was, for example, the “bath spirit,” personified as everything from a comely young maiden to an old hag to a long-bearded, ancient little gnome of a fellow. In whatever flavor he or she came in, the bath spirit embodied the steamy vitality of the washhouse. His or her “jurisdictions” included the pouring of hot water, the scrubbing of the feet, the whipping of the back with birch branches, and the provision of manual pleasure under cover of a fine, heady curtain of vapor.

The “yard spirit” ruled the gardens and the barnyard, which in the peasant household represented extensions of interior space, rather than areas distinct from it. When a cow kicked over a milk bucket, the peasant might have blamed not the milkmaid or the heifer, but rather the yard spirit, which often took the form of a glabrous little gremlin, muscular and stout.

Mind you, this creature’s influence could be for the good as well as for the bad. If he felt himself sufficiently propitiated, he might ensure a bumper crop of sunflowers. And randy young men were said to appeal to the yard spirit with prayers and perhaps small gifts—a thimbleful of honey, perhaps—before presuming to copulate with the family goats.

And so on. This just scratches the surface of this extraordinarily rich domain of Russian folklore, in which I plan to read more over the months.

Interestingly enough, the Russians I know from church, including our immigrant priest, Father Nicodemus, don’t seem very interested by this topic. Which reminds me that a diary entry might be written about the cultural zeal of us non-Russian-born Orthodox converts—on how we are “holier than the pope,” so to speak, when it comes to Russia, evincing more fascination for the grand Russian “old ways” than native Russians themselves do.

But that’s for another time.