Never Give a Sucker An Even Break

As movies grew in popularity so did Fields. 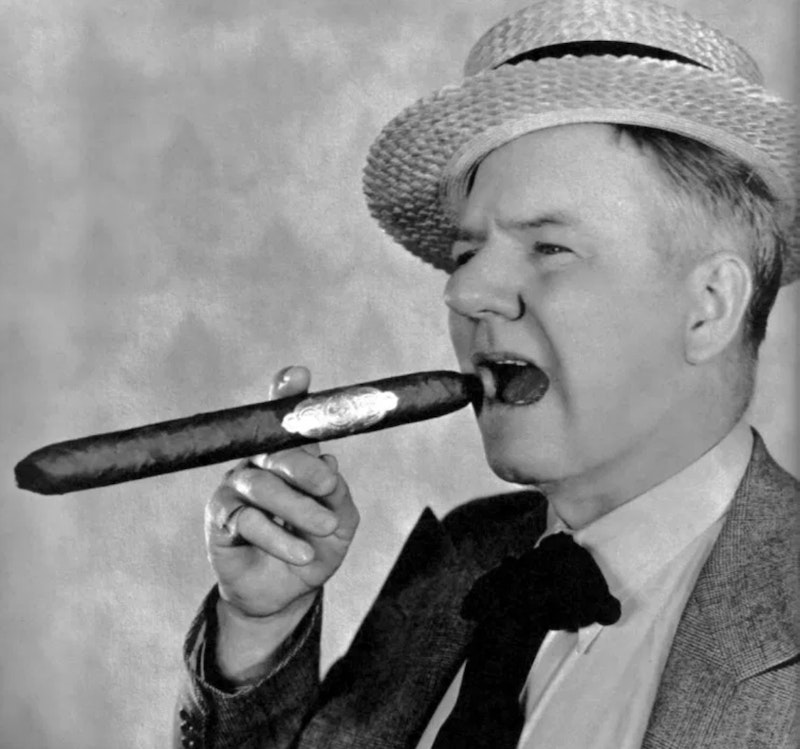 As a kid a large part of my daily routine consisted of faithfully watching Afternoon Move Matinee on UHF channel 45 during the summers. A day wasn’t complete without a dose of comedy, a classic western or creepy horror movie in luxurious black & white. But late afternoons during the school year were a different scene, hanging out in my friend Michael's room. A youthful dream of chemically-induced euphoria blended with rock ‘n’ roll. Our music tastes ran an eclectic gamut onward to whatever was happening that particular day evolving through years that segued into one never-ending party. It was a short stroll to Mike’s, a few blocks from my house. We walked everywhere in our neighborhood, sometimes hitchhiking to further destinations for music festivals and concerts in Putty Hill Park, Wyman Park Dell and the annual Read St. festival. It was always big fun and lots of laughter.

On those summer breaks we had endless time to waste. Free to do nothing but entertain ourselves with the latest records, attend movie theatres, smoke weed and take trips via psychedelics. Arriving at Mike’s in those days was my invitation to freedom. We shared an unspoken bond that continues today. His younger brother Joey was usually on the porch playing with Hot Wheels cars and the elaborate bright orange plastic racetrack glaring in the summer sun hurt your eyes to look at. It included a death-defying loop-de-loop and a massive figure eight layout that you had to step over to reach the front door. It was a quick hello to Mike’s mom and a hey to his other brother. We loved to laugh, watching cartoons together that also aired on Channel 45. Usually it was the local TV show Captain Chesapeake and his faithful foil and sidekick Mondy the Sea monster. It was a whole new level of comedy.

This introduced me to the Hollywood classic comedies of bygone times. It went beyond the standard fare of The Three Stooges, Marx Brothers, and Laurel & Hardy. There were great solo acts like Buster Keaton and Charlie Chaplin, but the single most influential character for me was W. C. Fields. It was a pivotal time in the country when people were questioning the very tenets of democracy, the war in Vietnam and cold war conflict with Russia. Protest and dissent were felt everywhere and revolution was brewing. In my lifetime we’ve always been at war or conflict somewhere around the globe.

W. C. Fields was born William Claude Dukenfield, a die-hard Philadelphian. In fact it was said his epitaph stated, “All things considered, I’d rather be in Philadelphia,” although the line was never carved on his gravestone. He spent his early career as a juggler in vaudeville houses around the country, and later broke into comedy with his impeccable timing to deliver colorful one-liners through his raspy nasal gin-blossomed nose. He toured the world headlining as a performer in the Follies Bergère and Ziegfeld Follies before making his film debut in the silent short subject, Pool Sharks, in 1915. As movies grew in popularity so did Fields. His characters and his real-life persona were indistinguishable from each other. Where farce mingles with fact and fiction.

He represented the Everyman, the underdog working-class stiff who somehow did okay against all odds. He had a penchant for alcohol and a disdain for children and dogs that I find endearing. He was often quoted. One of my favorite lines, “I’m not prejudiced, I hate all people equally.” It’s telling of a man who had an incredible sense of humor. Reminiscent of another of my favorite lines by Charles Bukowski, “I don’t hate people, I just feel better when they’re not around.” Comparing Fields and Bukowski, you find many similarities down to the way they sound when speaking. I’d say Fields was a personal hero of Bukowski’s but can’t prove it. It’s uncertain how Fields, like Bukowski, became a underground sensation for the counterculture.

An old friend recently reminded me of the giant W.C. Fields posters hanging in the long gone Sherman’s Bookstore in downtown Baltimore. There he was in all his Victorian garb, a top hat and kid gloves. Also hanging on the wall nearby was his one-time costar Mae West. They acted together in the film, My Little Chickadee. She’s standing there in a full-length rhinestone gown replete with feather boa and diamonds. She also had a knack for one-liners.