Lost in the Mix

Everybody’s pushing against the middle. 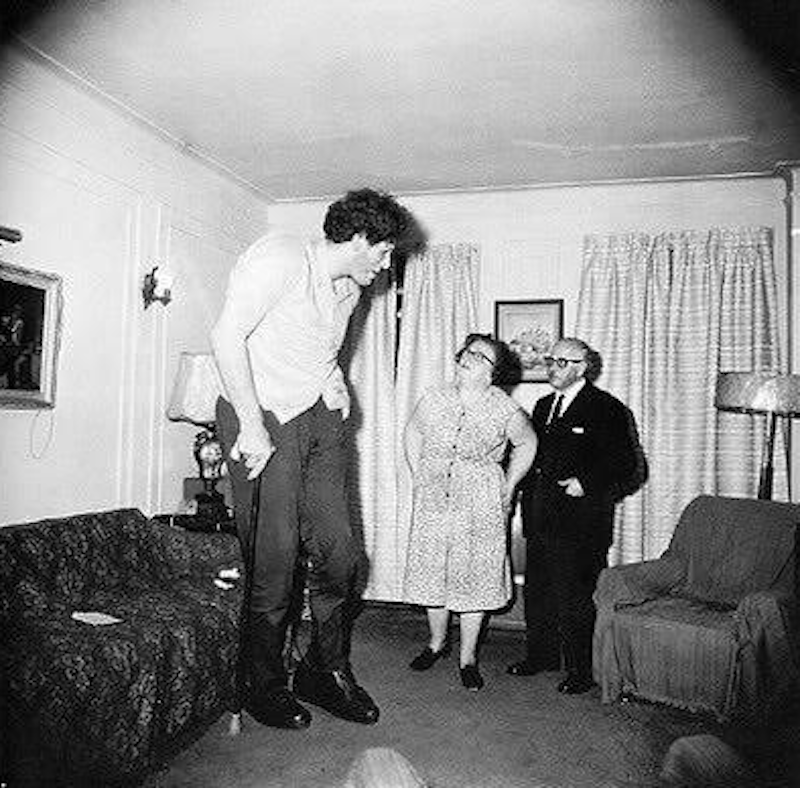 I stopped being serious long before the 21st Century. Now 20 years in and over 60 years banging my head against reality, there’s nothing resembling anything of a serious nature. I‘ve always cherished triviality. I have a knack for remembering obscure facts. My funny and serious bones never suit anyone. I stopped making sense long before the Talking Heads. I could dance around in a grossly exaggerated oversized gray suit like David Byrne and warble like a canary on amphetamines. I could sail the seven seas in a teacup or ride a wave of unpopular opinion while playing the drum solo on the song “Wipeout,” banging on some pots and pans.

That’s my funny bone talking. Life’s fleeting but looks good on a calendar. My itinerary consists of getting through another day intact. Misunderstanding lies deeper, behind a thin veil of reality. Way down to the heart and soul of logic, nonsense of mindless deduction. The outlaw of diminished returns. Like I have knowledge of something sinister but hilarious. Quiet disdain for anything remotely resembling authority. I find refuge in my head and it’s a hard nutshell to crack. It's comforting to believe we’re just dust in a cosmic debris wavering in energy fields. Bouncy static particles that boogie down electric avenues in a crooked drunken conga line of yesteryear’s future.

The 75-year-old doomsday clock is frittering away our lives with every tick-tock. Inching closer to the midnight hour of undoing. These prophets of doom count on the message taken wrong and rely upon methods of madness. It’s inevitable to implode and regurgitate the news as good or bad depending on the mood. Put an end to public charades taken out of context. Tear down walls of the final facade. Living dead asleep and loving it. Reality never had it right from the beginning. Bad shit happening over there, good stuff going on over here. Can’t tell one from the other because there’s no difference. Everybody’s pushing against the middle. There’s no happy place here. No winner, winner chicken dinner. The end is always nigh.

It can be proven that we’re merely hard-wired meat machines cranking out energy juice for the consumption of goods and services. Manipulated by scatter-brained empty-headed media monsters that in turn are controlled by the idle gossip of bored spoiled rich dolts. No matter what happens we’re lost in the mix of public service announcements for the benefit of nobody in particular. Just another group of dissatisfied customers on a mission for their god. The god of old money. The god of power.

No turning back now. Even if we tried it’s too late to save us. But nobody’s counting, because we don’t give a flying fuck. It’s all a Midway game where rubes run a shady gauntlet. No prizes to be won. The high school drama club in cahoots with over-dramatic theatrics and cheap negative emotions. Just plain rotten acting. All the throwaway lines and cheap dialogue. The mountains of evidence like dog shit lying in a public park waiting for someone to step in to throw the bums out of office. You best not believe the lies coming from both sides. Drain the swamp and pump that vile bilge into the house of justice. Souvenir hats, buttons, pins and bumper stickers proclaim their dumb doctrine in the land of stupid. Make it white again! You can hear the echoes screaming.

And the joke’s on us. Hold these truths to be self-evident and other malarkey. Liberty to all who can afford the luxury. In search of the real deal. Decrepit royals in their crumbling empires and little dictators cavort and strut about as we bitch about crummy food, bad air, polluted water, shoddy products and total annihilation. Exactly where they want us to be. The do-nothings kvetch with the know-nothings creating an exquisite dance of pain. The suffering is only exceeded by the howls of laughter; the jeering catcalls of hecklers in the nosebleed seats throwing rotten eggs and decayed produce.

The clenched tight fingers of the rabble. The masses go unnoticed. A cabal of shriveled bony-assed old men hangs on tighter. Gluttonous pigs at the trough of their piety. Eating any weak, poor and meek sucker they can find. And while they’re at it, scoring some more pussy. Shoot up the town. Deny another the right to exist. Stuffing their jowls with the dead and dying as they squat on golden commode thrones expelling loose rivers of shit. Eat or be eaten, to the victors go the spoils. Reinvent the history. The cycle of life continues and the show must go on. No thanks to us. We’re a great audience.