I Killed a Statue of Christ

I broke the Savior from Oberammergau in Upstate New York. 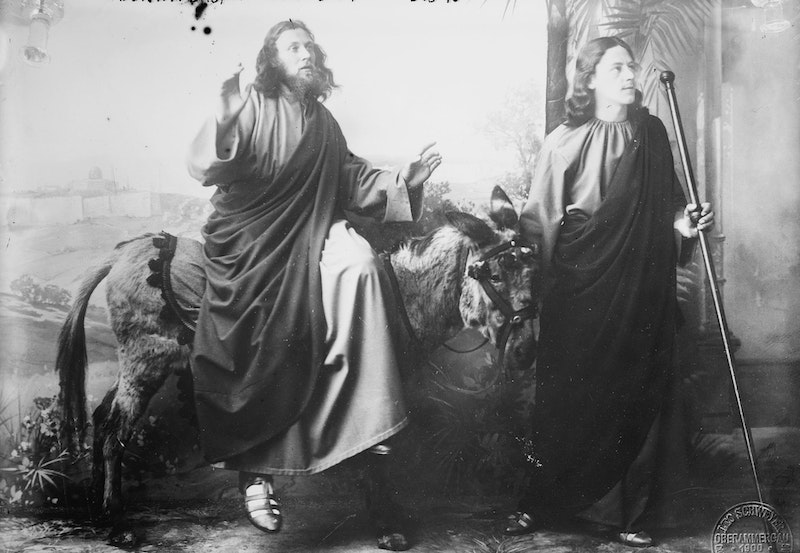 There’s a town in Germany, Oberammergau, that hosts a live passion play every 10 years. The festival attracts artists from all over the world. Painters, sculptors, composers—they flock to Germany to create during the festival, when one lucky townsman is dangled from a cross, commemorating the Passion of Christ.

My high school, in upstate New York, has a wooden statue of the Savior from Oberammergau. Or it did—until I broke it.

The statue, a four-foot-tall reproduction of Our Lord Jesus Christ, arms outstretched, stood on a pedestal outside the school library. Following a particularly bad joke, I shoved a classmate, who shoved me back, directly into the statue. It fell, face down. The bell to change periods rang, and my “friend” took off.

I tried lifting the statue by myself. Couldn’t budge it. The halls filled with students, and I heard some choice comments. “Good job, Bug!” “Hey, Bug, what did the statue ever do to you?”

Then, the art nun emerged, across the hall from the library. She saw me; she saw the statue.

I was well aware. Three guys from art class and I brought the damaged Savior in to the art room. By this time, the library nun, who was about 103, noticed the commotion out front and came to the hall. She saw that the pedestal was now empty. She ran, or waddled, to tell the principal about the obvious theft. I went to the faculty lounge to tell my father, who taught Geometry at the school. (That’s another wonderful story.) After I told my dad what had happened, he went to tell his boss.

“Not now, Murt, the Oberammergau statue is missing!”

I spent an hour after school each day, for the next two weeks, wood-gluing Our Lord back together. I recently returned to the school for one of those horrific alumni gatherings. The statue is still there, but it has been moved into the chapel, and it’s behind one of those snazzy velvet rope setups. I didn’t get very close.