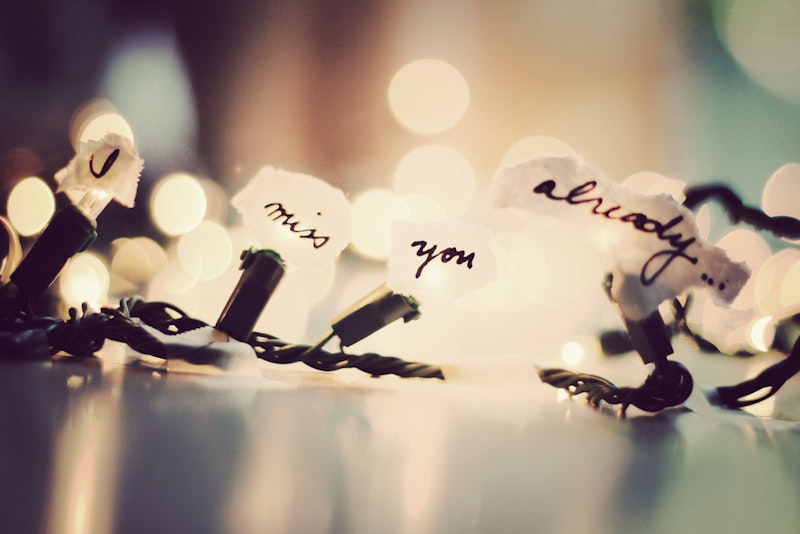 I’ve written previously that I’m in a long-distance relationship, the hardest thing I’ve had to endure during my 21 years. Yes, that’s melodramatic. There are other issues that do not revolve around me that demand more attention. But however insignificant and petty, my feelings are justified. If I’m having a shitty day, it’s going to feel like I’m the only person who’s ever been sad. The same can be said about my relationship. There are millions of men and women in the same position, yet I feel like my long-distance relationship is harder. Call me shallow.

I have a pair of friends who live together and their work schedules were recently switched. They’ll go a couple of days without spending time together, with only a few hours in between to grab dinner or unwind before having to hit the sack. This isn’t the first time either of them has mentioned the lack of time they got to spend together. Once, I was sitting on the couch at their apartment when one of them casually mentioned how they hadn’t seen the other one “all day.” Without thinking, I immediately replied: “You know what? I haven’t seen Felix in six months.” Needless to say my comment made them feel awful about expressing their frustration. I apologized quickly.

Except that it wasn’t okay. For a few days, I felt irritated since these friends had no right to complain. They had opposite work schedules, sure, but lived together. They’d always go to sleep in the same bed. They could spend whatever spare time they had sitting on the couch watching Netflix. They probably texted each other throughout the day. I go to sleep every night alone. I wake up alone in the morning, and instead of rolling over to a warm body I’m greeted by a text message that was sent to me at three a.m. I was jealous.

When Felix left for boot camp last year I was an emotional wreck for the first few weeks. I’d gripe to my friends, who’d patiently listen. They’d offer words like, “That really sucks,” because what else are you going to tell someone who looks like they’re on the verge of tears? My friends have been really helpful. Even after a year, none of them told me to shut up and stop complaining. I had supportive friends who’d sit silently and nod while I ranted about how awful I felt.

But instead of being encouraging when my friends vented to me, I retaliated with passive-aggressive sarcasm. I have to remind myself that other relationships deserve the same treatment as mine. It’s not a contest. The two friends I mentioned are most likely reading this, so: sorry for being an asshole, please continue talking about your relationship struggles and I won’t respond with cynicism.