A Road to Nowhere 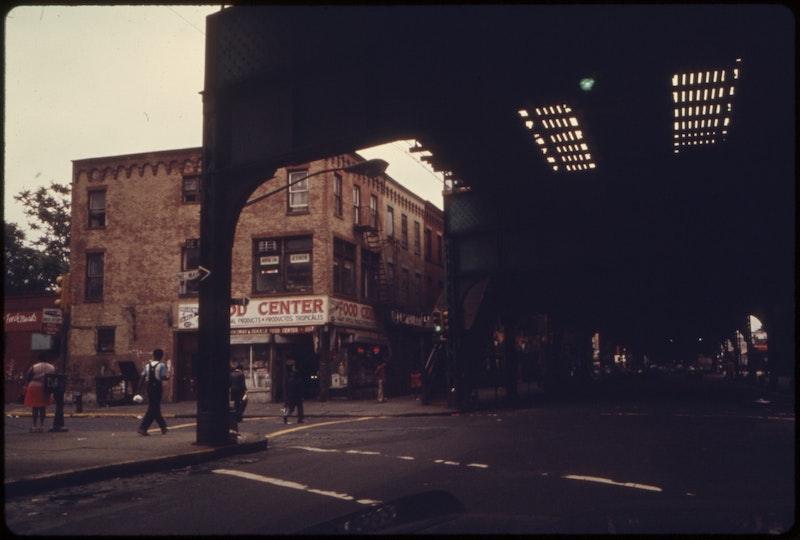 There’s a glut of memoirs by celebrities, but I’d rather read a struggling writer’s own story instead of the crap they drive themselves crazy trying to write. Bryan Charles’ There’s a Road to Everywhere Except Where You Came From might be another depressing drone about having your poetry and short stories rejected from dozens and dozens of publications, and withering in the glare of the success of your peers. His personality is not endearing, but his voice and the atmosphere of this book and its time make it more poignant, haunting, and melancholy than most other interchangeable struggling-in-New York battle tales. Besides the fact that it takes place from October 1, 1998 to January 14, 2002 and builds toward 9/11 the whole time, Charles’ reminiscences of his peers, alternately big-headed, megalomaniacal, morbidly depressed, motivated by money, paralyzed by anxiety, starfuckers high on bit parts and published pieces and public acknowledgment that has all long since passed, as all things do. The horror of 9/11 and Charles’ experience working at Morgan Stanley in the Second Tower and barely escaping is the punctuation on a familiar and often off-putting catalogue of personal failures, disappointments, and a rotten attitude that does nothing to elicit sympathy from readers.

Charles moved to New York from Kalamazoo, Michigan in the fall of 1998, chasing a dream with no money and a desperation to escape the Midwest. Barely able to pay rent or eat, he struggles with temp jobs and no love from editors across the world. Charles’ spirits are continually thwarted by rejection slips and letters that pile up in a folder fatter than his manuscripts, and his confidence in his ability and worth as a writer is rocked by friends who have no trouble getting into Columbia or published in quarterlies he admits no one in his hometown reads anyway. One peer named Baines complains about a story of his—“full of holes”—being selected for The Paris Review, and Charles actually emails him to cancel a meeting because he can’t stand to be in the same room as someone who succeeded with so little effort and was “confused” by it. Charles’ work ethic is admirable and unwavering, even as he trudges through brochure writing, for First Investors’ and then Morgan Stanley, where he works in the Second Tower.

His story may be common currency, but Charles’ time and place made his memoir really gripping for me. I may have started kindergarten the same fall Charles moved to Manhattan, but that’s when my memory starts to become very vivid and consistent. I remember 1998 like it was yesterday, and I loved revisiting the New York I grew up in through the eyes of a wide-eyed transplant that experienced the city in a way I never will. I bought the book blind based on a recommendation by Bret Easton Ellis, and Charles’ prose has a lot in common with Ellis’ spartan reporting, dialogue, and descriptions. Some people are bugged by contemporary pop culture references, but the mere mention of Smash Mouth’s “All Star,” Jonathan Franzen’s The Corrections, or the “funereal” atmosphere in the city the morning after the 2000 residential election rocket me right back to my moment and my place growing up in New York. The book is a sustained eulogy, a candle for the relationships, aspirations, acrimony, and personal politics that have long since passed. 9/11 hangs over the whole thing, but the sadness struck me early on, how distant everything and everyone feels from a time that still feels within reach to me.

Charles’ writing about the women in his life is embarrassing, especially alongside his open hostility toward his friends that aren’t motivated to work or just seem to have their shit together. He has panic attacks and breakdowns about failure, and then chastises and puts down women who throw themselves at him, always pining for someone else in another city. But I appreciate his complete candor because his attitude doesn’t change after nearly being killed in the Second Tower, descending an impossibly crowded and smoky stairway as his building is hit by a plane, and he feels the whole tower pitch forward and back.

In the moment when death was imminent, he just goes cold—and disconnects. His observations and recollections are all spot on and immediately recognizable for anyone who was in the city that day—the confusion, the endless rumors, the inevitability of another attack, the missing posters, the inescapable smell of the funeral pyre that used to be his office. I really admire how freely he admits to having “forbidden thoughts” that might be seen as bad taste today but would’ve gotten you hanged in 2001: Charles’ mother calls the local news and gets a camera crew to the train station for his brief return home, and while he brutally chastises his mom for calling all the media in Galesburg without his consent, he admits he relishes the attention, having never been published, and now all of a sudden on the cover of every newspaper in his hometown.

He wishes his injuries were worse, that his story was more dramatic, more heroic. Someone says “everyone deals with grief differently,” and Charles’ honesty in his psychic scrambling and recovery is refreshing and needed today. He complains about being sick of the police and firefighters endlessly praised as heroes, while the “everyday people” are treated like ants. He struts around his hometown wanting to get recognized, and does, and lands a kiss and a cop from his Film Class Crush. As they kiss, he questions her motives, but continues fulfilling his high school fantasy, because why not? The more I read There’s a Road to Everywhere Except Where You Came From, the less I liked Charles as a person, but his writing is superb and deeply affecting. I may have a personal connection to the time and the climax, but even as a memoir of things just recently passed, just 14 years on, it’s a sobering reminder even as a young man that all things pass, even if the sky never comes crashing down.