There's No Such Thing as Unconditional Love 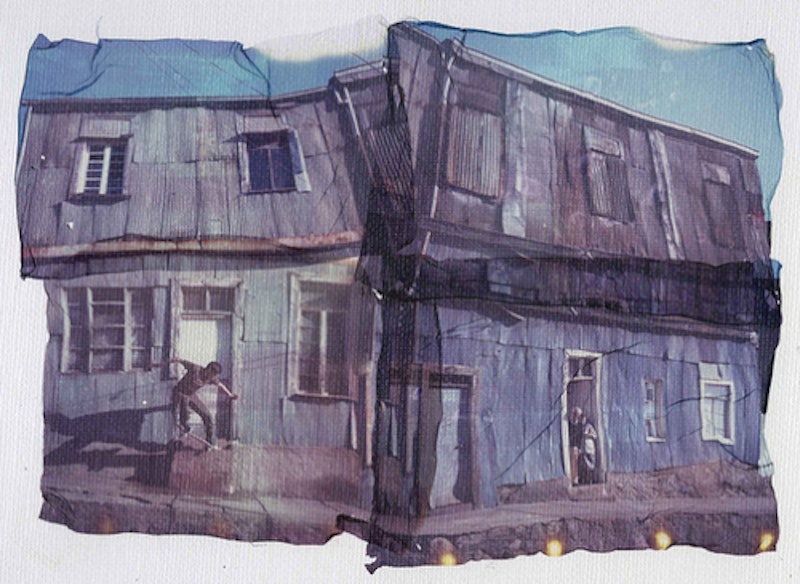 In Paradise Lost, John Milton writes, “The mind is its own place, and in itself can make a heaven of hell, a hell of heaven.” Having struggled with a relentless and profound self-loathing since the moment I became conscious of having a self to loathe, I can attest to the truth of that statement. I obtained my medical marijuana card in California on the basis of treating my HCV-induced anorexia, nausea and the pain associated with multilevel degenerative disc disease, specifically L2 through L5, where the horsetail fans out, the nerves controlling the lower part of the body. I’m a somewhat angry fellow, owing to my frustration with humanity’s general inability and/or unwillingness to snap out of their inhuman fixation on greed, avarice, and murder, not to mention a general inability to drive, so the remarkable anger management capacity of cannabis was a more than welcome side effect. Pot makes everything funny.

What I hadn’t noticed until now was the effect it had on my self-loathing. I haven’t had a joint in a month. I’ve learned to live with the pain. It’s just background noise at this point. I force myself to eat. Luckily, I’m in New Jersey, where I can obtain quality pizza, hoagies, and authentic Philly cheesesteaks. The smell of fried onions would make Karen Carpenter hungry. I’ve kept my social contacts to a bare minimum, I don’t drive much, and I’ve been ignoring the news to the best of my ability, so anger isn’t really an issue. The pot simmers, but it doesn’t boil. But in the absence of a daily dose of THC, background has become foreground, and I find myself standing on the precipice of a yawning chasm of self-loathing that I’ve spent my life avoiding. I’m drinking a lot less, with no conscious effort on my part. Alcohol in the absence of pot is less than pleasant. In small doses, it’s a mediocre but still effective analgesic. The humor element is gone, and I detest maudlin or angry drunkards. Alcohol is fundamentally a celebratory drug. Pouring booze on a bad mood is tantamount to pouring gasoline on a fire.

In the mid-1960s, when I was a rising child actor on the New York stage, I was privileged to work with Edward Albee in a very successful mounting of three plays by Thornton Wilder at the Cherry Lane Theatre. He was one of three co-producers, and I was enthralled by his menacing charisma. I was struck by the way the adults restrained themselves in his presence, the sudden caution of their composure in his presence. I read all his works, and devoted myself to following his career. He was, at the time, one of those insanely dangerous drunks who can do more damage to a roomful of people with his tongue than most people can do with a chainsaw or an AK-47.

It was only much later that I understood the nature of my intense attraction to the man. He was, like me, an adoptee. Like me, he was adopted by a couple who detested one another, who adopted a child in the vain and cruel hope that the child would somehow miraculously cement a failing marriage. It’s a doomed proposition, and it dooms the child to a lifetime of self-hatred, forever unable to escape the clearly erroneous notion of being somehow responsible for the inescapable disintegration. I don’t know if his father was a psychopathically violent sexual degenerate, like mine, or if his mother, having told him at an early age that he was adopted, repeated the words “I wish you’d never been born” like some hideous mantra and declared The Bad Seed her favorite movie. I hope not. No child should be subjected to that.

My parents pulled me out of New York and the theater when I got a final D in algebra in the eighth grade. I went from a union actor on the rise in New York City to a marked hippie faggot mutant in Camden, New Jersey. I was fag-bashed constantly until late 1969, when the greasers and the jocks fell in love with Led Zeppelin and started copping LSD and pot from me. I went from Shit on the Wall to rockstar status overnight.

I’ve never used algebra in my adult life. I abandoned acting as a pursuit in 1988. I hated the audition process. I began actively courting rejection as a social strategy. It was my way of saying “FUCK YOU!” to humanity. It’s marginally more civilized than being a serial murderer, and it involves less risk of jail time.

Sitting here in my adoptive cousin’s backyard with the squirrels, bunnies and woodchucks, isolated in the suburbs of New Jersey, I’ve had plenty of time to reflect on my meltdown in Gainesville, Florida. It wasn’t just my logical distrust of junkies and the tragedy that they bring that caused me to torch my relationship with Daisy when her son Jonah arrived. It was jealousy. I was and remain intensely jealous of her unconditional love for her child. I’ve never experienced unconditional love except from animals. I’ve never believed humans to be capable of such a thing. It undermines my harshly cynical worldview. Prior to this, whenever someone brought up the idea of the unconditional love between a mother and a child, I’d bring up Melissa Drexler, a Jersey girl back in the 90s who dropped a baby out of her cooze in the girl’s room at the prom, tossed it into a wastebasket, and went back out and danced with her boyfriend to the strains of Metallica’s “Nothing Else Matters.”

I envied that kid. I still do.