Renting in SoCal is exhausting. 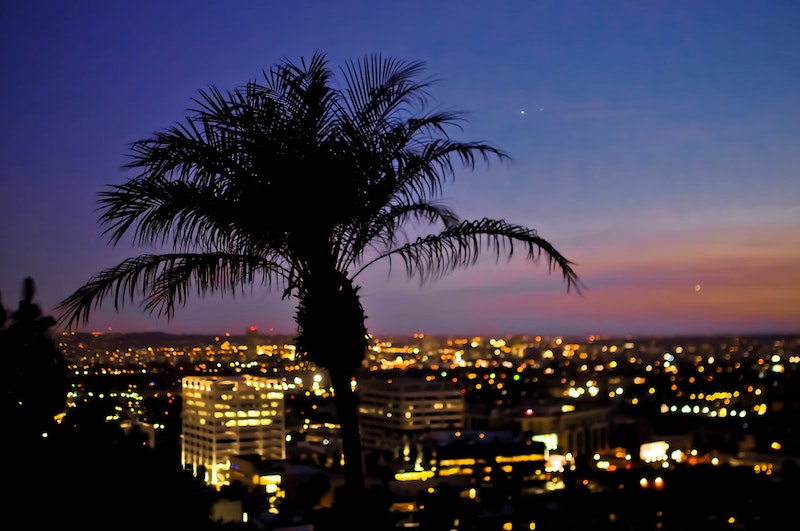 Recently, my wife and I learned we had to move. We’d lived in a beautiful guesthouse in the hills for nearly 20 years and the owners were selling the property. Sad and somewhat in denial, we reluctantly dove into the Los Angeles rental market. We were in for a shock.

Los Angeles is in the midst of a severe apartment shortage. Due largely to the foreclosure crisis that led to thousands of Californians losing their homes, quality apartments in LA are hard to find. They’re also expensive. We targeted hillside neighborhoods like Beachwood Canyon, Laurel Canyon and Los Feliz. We listed the criteria we wanted in a new home: washer/dryer, deep closets, parking, safe area.

The first place we saw was a 500 square-foot bungalow in the Hollywood Hills. The unit had no oven, no refrigerator and no parking. The owners were asking $1850 a month. My wife and I laughed at the absurd price. Then we grew sullen realizing this could be a preview of our quest.

We signed up with an apartment service and widened our search to eastern LA neighborhoods like Silver Lake and Echo Park. We drove to Highland Park, “Marc Maron Land” as we called it, and checked out a tiny bungalow near Dodger Stadium. The property was lined with bee boxes and a goat roamed freely munching on the hillside weeds. We loved the rustic nature of the place, but at 450-square feet there was no way we could make it work.

We checked out nearby Glassell Park, a quaint residential area that reeked of hipster chic, and found a promising one-bedroom apartment for $1200. We later learned the area is home to the notorious Avenidas, a local gang connected to the Mexican Mafia. We eliminated Glassell Park from our list.

We found a beautiful duplex in the Verdugo Hills near Forest Lawn Mortuary. On the day of the showing, 75 people submitted rental applications. A guy in his 20s offered a $100 bill to the property manager, eager to become a tenant. We did not get the apartment.

We began asking friends if they knew of available places for rent. My dental hygienist Marina, a woman from Iran, recommended Glendale, a popular Armenian community. She gave me a quick primer on dealing with Armenian landlords. “Look for Armenians from Iran or Lebanon. They’re family oriented, polite and respectful. Avoid Russian Armenians. Most Armenians are Christian so don’t refer to them as Muslim. Don’t tell an Armenian you’re a Lakers fan since Armenians are mad at Kobe Bryant for making Turkish Airlines commercials. If you see a BMW in the driveway, walk away.  I’ve dated Armenian men with BMW’s and they’re nightmares.”

We checked out several apartments in Glendale. The units were spacious and palatable, but in each case we saw a BMW in the driveway. We avoided Glendale.

Adding to the difficulty of our search was the cost. Property owners required potential tenants to pay $35 for a credit check. We were also required to pay for two credit checks even though we were married. At $70 a pop, this forced us to be judicious in the apartments we considered. A realtor friend said this was a complete scam since credit checks cost only $15 each for property owners. “If 25 people apply, the property owners make $500 simply by having people submit applications.”

Our first three months of apartment hunting were futile. We broadened our search to include San Fernando Valley neighborhoods like Woodland Hills, Encino and Agoura. We eyed a guesthouse in the West Hills owned by an Israeli couple. The space was adequate, 900 square feet with a private deck and new appliances. As I perused the large washer/dryer, I noticed a timer atop the washer.

“What’s that,” I asked the homeowner.

“I put timer on system. I give you four hours a week to wash clothes. You pick day. Any day you want.”

“Four hours. Are you serious?”

We wouldn’t be renting in the West Hills.

As we hit the fourth month, my wife and I grew exasperated. Every apartment had a fatal flaw. It was either too small, too expensive, lacked parking or had no closet space. Our current landlords wanted us out by June 1 and the pressure was increasing.

We came across a 1200-square foot unit in the heart of Pasadena. The building was old but had hardwood floors, a fireplace and a large kitchen. It also had two bedrooms, perfect since we could use the extra room as an office. We were lukewarm about the place but we decided to go for it. As we stood in the kitchen filling out an application, I felt raindrops hitting my face. This was odd, not just because Los Angeles was in the midst of a drought, but because I was inside. I noticed a kitchen windowpane was missing.

“That will be replaced, right,” I asked the landlord.

He mumbled something under his breath.

“The current tenant doesn’t mind. He likes the breeze.”

“Not because of the window.”

Mercifully, our search finally ended in May. We found a fairly priced mid-city apartment built in the 1930s. The building has a European-style courtyard with blossoming flowers, private parking and tons of space. We were selected among more than 30 applicants.

Though we’ll miss living in the hills, we’re discovering the perks of our new place. A lovely ocean breeze wafts through our windows from nearby Santa Monica beach. We can walk to cafes and galleries and local museums, and at night we’re greeted by the intoxicating smells of sautéed garlic from a nearby Ethiopian restaurant.

Moving was brutal, but we survived. Now if we can just learn to ignore the BMW assigned to the parking spot next to us, all will be well.