The Murder of Carlo Tresca

Local fascists put out a contract on his life. 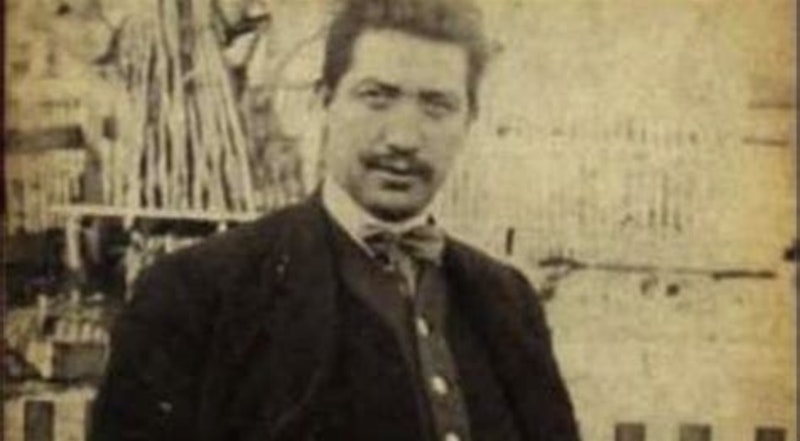 By the time Carlo Tresca was bumped off in 1943, he’d been an anarchist for over 50 years. He was contradiction incarnate: a revolutionary socialist who abhorred violence and loathed Soviet communism as a murderous fraud. He detested the Mafia while having gangsters among his friends. He insisted on buying drinks for the cops who arrested him for disturbing the peace before they hauled him off to jail. While fighting to free Sacco and Vanzetti, the Italian anarchists sentenced to death for the 1920 murder of a Braintree, Massachusetts watchman, he privately held Sacco, whom he believed to be guilty, in contempt for not confessing, which would’ve cleared the innocent Vanzetti.

Born in the Abruzzi in 1879, Tresca started a newspaper in his hometown as a teenager. He was soon serving two months for criminal libel of a corrupt police officer. He had merely printed the truth, which, having held the cop up to shame and ridicule, was no defense under Italian law. In 1904, after a similar conviction had yielded a sentence of 18 months’ solitary confinement, Tresca bolted to Switzerland, where he briefly shared a cheap hotel room with fellow socialist and future Fascist dictator Benito Mussolini, who was then dodging the draft.

Within a year, Tresca went to America and founded yet another newspaper. His fire-breathing journalism fought to improve the lot of garment and textile workers. Over the next four decades, wherever the struggle was, there he appeared, organizing strikes and demonstrations, orating to mass rallies, and always publishing his newspapers. He was among the most flamboyant leaders of the anarcho-syndicalist Industrial Workers of the World (IWW), the Wobblies.

In 1918, he founded the weekly he’d publish for the rest of his life, Il Martello (The Hammer). Though always at the center of some tempest, Tresca was a charmer: generous and congenial, quick-witted and good-humored, fond of good food and drink and, despite his generous avoirdupois, never long without female companionship. Nonetheless, he collected enemies. His repeated attacks on Mussolini from the early-1920s led to repeated attempts by the Italian government to have the United States deport Tresca to Italy and certain death. When these failed, local fascists put out a contract on his life. For months, he slept in a different apartment every night. But at some point, after hearing Tresca thunder for peace, justice, and solidarity at a mass rally, the hit man arranged a meeting with the editor through mutual acquaintances. When they met in a Greenwich Village spaghetti house, the assassin kissed Tresca’s hand and begged his forgiveness. Later, when three Fascists plotted to assassinate Tresca at an East Harlem anti-fascist rally, their bomb exploded prematurely, killing the conspirators. Tresca also attacked Soviet totalitarianism, pointing out the lack of difference between Stalinism and fascism. When Il Martello attacked the 1939 Hitler-Stalin Pact, Vittorio Vidali, a Stalinist enforcer who had assassinated non-communist Spanish politicians during the Spanish Civil War, was sent to kill Tresca. He failed to carry out the hit.

On January 11, 1943, Tresca lunched with his mistress, Margaret De Silver, her son Harrison, and novelist John Dos Passos. Tresca washed down spaghetti, veal scaloppini, cheese, and bread with wine. He told Dos Passos that the future Italian government would be led by men backed by America. He’d campaigned for two years to discredit Generoso Pope, the publisher of New York’s Italian-language daily Il Progresso Italo Americano, who had been among America’s most enthusiastic supporters of Mussolini before December 7, 1941. Thereafter, Pope had begun repositioning himself as an anti-fascist. He told Dos Passos that Il Martellowould continue exposing Pope. After lunch, Tresca returned to his office at 96 5th Ave., on the southwest corner of 15th St.

Around 7:45 p.m., Carmine Galante, a Mafioso out on parole, reported to his parole officer, Sidney Gross, in the State Office Building at 80 Centre St., just south of the Manhattan Criminal Courts. Among the parole conditions was non-association with known criminals. As Galante left, Parole Officer Fred Berson tailed him to find out whether he was violating parole. Galante gave him the slip by driving off in a black Ford. Berson caught the license number: IC 9272.

Up at Tresca’s office, Giuseppe Calabi, an old friend, dropped in around 8:30 p.m. Around 9:30, they headed out to a nearby restaurant, arm in arm. New York was blacked out during the war. Streetlamps were kept dim. Gasoline rationing kept most private vehicles off the road, so there was little traffic. As the old friends paused beneath a streetlamp, a man moved soundlessly from the shadows near the building to within two feet of Tresca and his friend. Raising a pistol, he fired point-blank at Tresca’s back. Tresca turned. A second round took him in the forehead. He was dead before he hit the pavement.

Calabi cried for help as the shooter vanished. The proprietor of a clothing store called the police, who arrived in less than five minutes. Calabi described the killer as about 35 and short, perhaps five feet fine inches or less. His coat was up over his mouth and his hat pulled over his eyes. Calabi didn’t see his face. Two passersby saw a man running into a black 1938 or 1939 Ford bearing license number IC 9272.

The police, who found the car early on January 12, traced it to one Charles Pappas. The address on the registration was an empty lot.

The police found Galante later that day. As he was found with Joseph Di Palermo, aka Joe Beck, a known criminal, he was arrested as a parole violator. Although Galante fit the description offered by witnesses and had been seen by three witnesses in the black Ford with the IC 9272 plates, the police never interrogated him about Tresca’s murder.

Over 5000 people came to view Tresca’s body as he lay in state. Over 100 automobiles—15 merely to carry the flowers that arrived from all over America—were in the funeral procession. Fifteen speakers, including Socialist presidential candidate Norman Thomas, independent journalist Max Eastman, and union leader David Dubinsky, eulogized him for his courage and integrity while attacking Manhattan DA Frank Hogan for apparent lack of interest in finding the shooter.

Documents released under the Freedom of Information Act later showed the NYPD, FBI, and Manhattan DA concluded Galante shot Tresca. Yet the murder remains officially unsolved for lack of evidence. Tresca’s admirers believed the proof wasn’t found because the authorities didn’t overexert themselves looking for it.

Some said the hit had been ordered by mob boss Vito Genovese as a favor to Mussolini. Others suggested Generoso Pope Sr., who resented Tresca’s attacks. One of Pope’s associates, Frank Garofalo, considered an organized crime operative by the FBI, had allegedly threatened Tresca as early as 1934.

Galante, a greedy, savage killer implicated in 70 to 80 murders, later helped establish the French Connection for heroin smuggling. He became one of the most powerful figures in the American underworld as boss of the Bonanno crime family. On July 12, 1979, while he was dining at Joe and Mary’s Restaurant in Bushwick, several uninvited guests in ski masks charged his table firing weapons. Galante went down with a cigar in the mouth and seven in the chest. His killers, like Tresca’s assassin, have never been formally identified.