Everybody's got something's to burn. 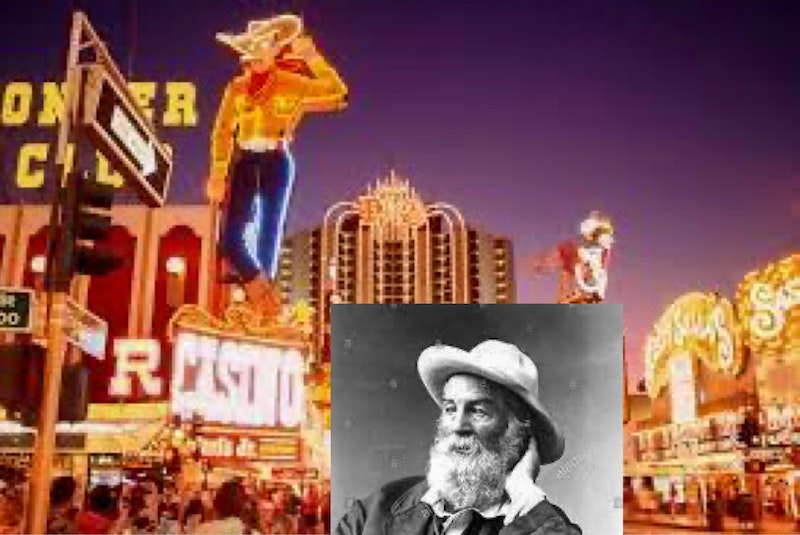 A poet once remarked, “We’re all literary hustlers.” The poet/writer who made the statement is unimportant. Poets are the rarest birds in a fickle flock. Many shun the mainstream, rejecting the norm, while simultaneously embracing it. To seek, in vain, the seedy cult of literary celebrity. They may say they don’t care about success, yet they continue to suckle the teat of recognition. Any artist will tell you the paradox of painting yourself into corners of acceptance or rejection is the primary source of creativity. Fear of success or utter failure shadow-dogs even the most prolific.

Why bother, then? Making something from nothing is no easy feat. The act of creating, and the resulting process of sharing the finished product with the world, is selling yourself. Or hiding it away in some dark corner. The collective dust, through timeless ages, covers the spark of moments when art imitates life. Blindly preceding sight unseen, never uttered, or displayed in the light of day. Such a waste. What’s purpose does it serve, and what’s it good for? Therein lies the ultimate dismay.

Emily Dickinson said it one way, succinctly, in her first lines of “The Soul selects her own Society”: “Then—shuts the Door—/To her divine Majority/Present no more.”

In other words, the divine soul wants what the majority of hearts cannot grasp. The duplicity of double entendres. There’s a multitude of examples, from early classical poets, to the Beats from the streets of the American nightmare, and the in-betweeners. Not unlike holding the cultured cracked mirror outward to shine light on dark hungry souls, while “sucking the marrow from the bones.” The meat of the message is clear enough so even a vegetarian might comprehend the stark imagery. Poetry, the prime rib example, the cruelest choice cuts for conveying language. So where do we stand, leaning on our wobbly ivory towers? That musty pillow of laurels, too thin to rest worn and weary heads. Butchering words to make a fine goulash of meanings.

Consider Walt Whitman, who declared America is the greatest poem, possibly yet to be written, although he took a stab at it. Unfolding before our eyes, “both poetry and democracy, in and of themselves, derived their power from the ability to create a unified whole out of disparate parts.” That’s a mouthful, considering our current situation. Whitman was a poetic salesman. Hustling his poetry, door-to-door to anyone who would listen. In spite of the scorn and ridicule of the establishment and society, Leaves of Grass, banned for its provocative sexual content. Regarded as deviant and subversive, it never stopped Whitman from believing in his righteous path to immortality.

NYC Publisher of Poetry Bay Press, George Wallace, also Poet in Residence at the Walt Whitman House shared some insights. Wallace said: “As a journeyman editor and writer in the heady days of the NYC Penny Press era, Whitman was certainly no stranger to sensationalism, journalistic hustle, outright manipulation of the news, and boisterous public posturing in the name of market shares. The decade of the mid-nineteenth century laid the cornerstones for much of what we call awful, and what we call wonderful in 21st-century media. Whitman was in the game as deep as Benjamin Day, Edgar Allan Poe, or Gaslight Foster. For better or worse, this is fundamental to what we are culturally. The great American impulse toward mass popular consumption is an ‘equalizer’ alright. Whether it results in raising up the common man, dumbing him down, or unleashing his worst instincts. Of course, there’s a difference between a Walt Whitman and a P.T.Barnum, or say a Jim Bakker or a Rupert Murdoch. For most hustlers, there’s either no ‘there’ there, or the product they’re selling is a fraud—it’s all about the hustle. By contrast, Whitman’s product—his poetry and his poetics—carried in it aesthetic, spiritual, linguistic, social and communal values that were deeply expressive of the higher possibilities of the human experience.”

With all the religious zealot holy hokum of fanatical TV evangelists pandering to shady politicians, only poets can stand as an authentic voice in the wilderness of American spiritual consumption. Who’s buying it? Who consumes poetry as a product besides other poets, artists and such? Wallace says, “Actually, that’s the wrong question. The true question is who is doing more to produce things of value that you don’t have to buy? Buying is the measure of commercial exploitation. It’s a contradiction to ask of a product that is above all that bullshit, that it be buyable.” That’s poetry’s dilemma. “The trick in being American is to have one’s foot on the toilet seat and one’s head in the stars. It would be elitist romantic nonsense to deny what is mundane in our existence. Yet, to give oneself over completely to it is to sell out our spiritual birthright. Poetry ain’t Las Vegas.”

That’s a good thought. Like the Kings of Comedy. The Kings & Queens of Poetry do Vegas! I’d definitely buy a ticket to see that. Or better yet, be part of the show.