Show Me the MONY

A 1950 skyscraper by the Brill Building with a pop history of its own. 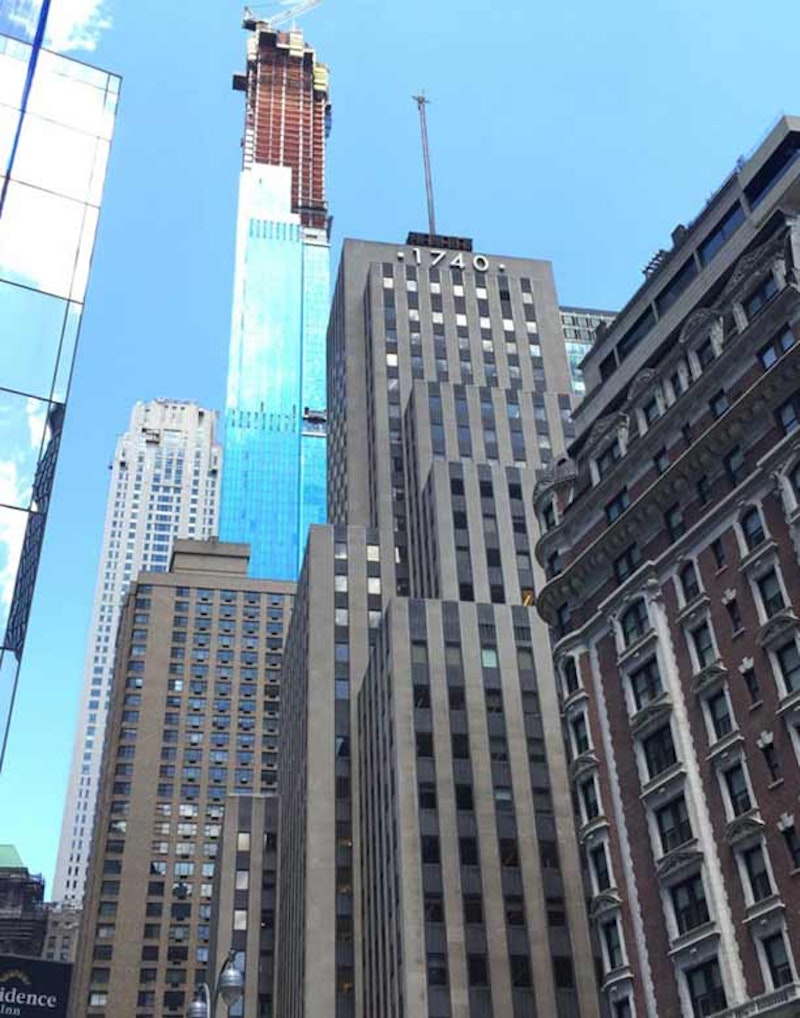 A couple of years ago, I was working at 1740 Broadway at W. 56th St., which is up the street from the famed Brill Building. However, 1740 Broadway, a 1950 skyscraper originally built for Mutual of New York, a life insurance company that’s now a subsidiary of AXA International, a French insurance firm, has some pop history of its own. As a kid, I’d pore through magazines like Sports Illustrated and see print ads for MONY featuring illustrations by the great sports cartoonist Willard Mullin. This got me to thinking, could MONY possibly have anything to do with “Mony Mony,” the top 10 hit in the spring of 1968 by Tommy James and the Shondells?

It did. Tommy James and songwriting partner Richie Cordell were looking for inspiration when James spotted the blinking neon MONY sign from the top of 1740 Broadway: he could see it across town from his apartment house. The song, also co-written by Bobby “Montego Bay” Bloom, became a classic, and hit #1 19 years later in a live version by Billy Idol one week after teen pop star Tiffany had hit #1 with James/Cordell’s “I Think We’re Alone Now.”

As for 1740 Broadway, the MONY blinking neon sign, also famed for its use in Midnight Cowboy, was removed in 2007. The building also features the Weather Star, a 150-foot tall neon star that notated the expected weather by color: green for sun, orange for rain, etc. I’m not sure whether the star still lights up. MONY left the building after its acquisition by AXA. Today the lower floors contain offices of Victoria’s Secret, the women’s “foundations” company. Other floors contained shared offices, where I was for a few months, working for a small publishing place called Design Matters Inc.! (complete with exclamation point) copy editing and proofreading financial PowerPoint slides. 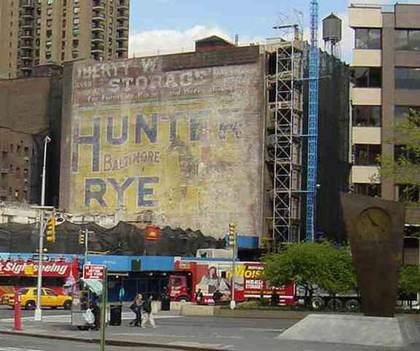 Typically, I had an hour for lunch, so I roved about as far north as 72nd St. and as far south as Duffy Sq. One of my walks brought me past Lincoln Center, at Broadway, Columbus Avenue and W. 65th St. It got me thinking about a trio of long-gone artifacts in the area that I discovered from 1999-2002, in the early years of my website Forgotten New York. A teardown on the northwest corner of Broadway and W. 64th revealed this huge ad for Hunter’s Baltimore Rye in 2002. The liquor was first distributed in Baltimore in 1860 by William Lanahan. The brand, along with other products, made the Lanahan family rich and Hunter Baltimore Rye was a popular brand of rye whiskey until the 1940s. 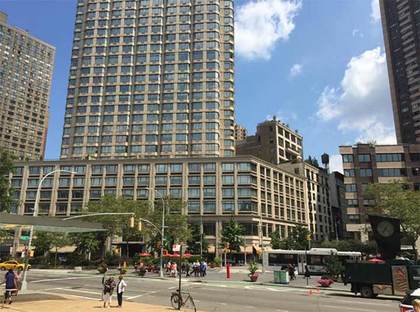 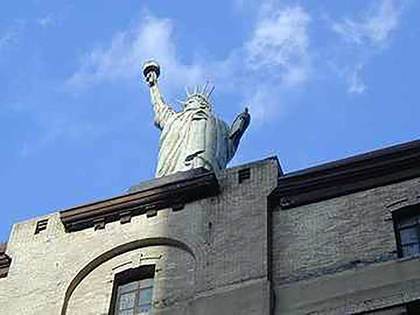 “Little Liberty” was built in 1902 by William Flatteau in Akron, OH and shipped to NYC, where it topped the Liberty Warehouse on W. 64th St. near Broadway for almost a century. The condo went up in 2002, hiding the rye ad, but the statue was preserved and now stands in the parking lot behind the Brooklyn Museum near Prospect Park. 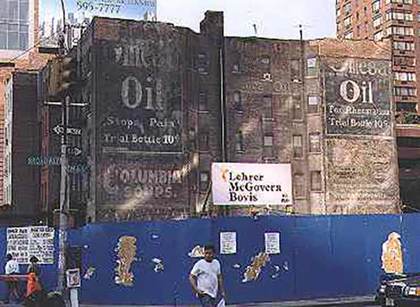 This mélange of painted ads on the buildings faced W. 66th Street between Broadway and Columbus Ave.. The buildings are still in place, as are presumably the ads, but they’re obscured by another high-rise with a Century 21 store on the ground floor. Omega Oil was an all-purpose liniment sold in the late-19th and early-20th centuries. Colorful painted ads for the brand can still be found around town, but they’re fewer in number. Columbia, meanwhile, was a very old brand—I found an ad for Columbia Soup in a Harper’s from 1894.