Levels of consciousness: from dreamless sleep to enlightenment. 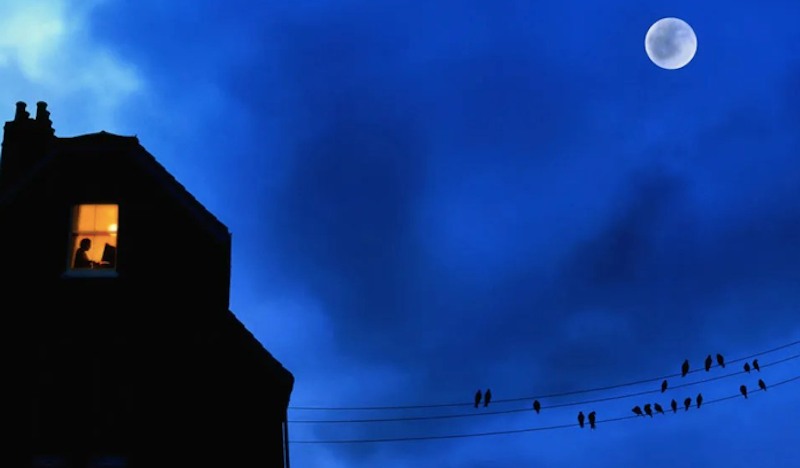 I’ve just woken up. I’m a perennial insomniac so sleeping is an issue. Sometimes it’s hard to know whether I’ve been sleeping or not.

I’ll be lying awake, tossing and turning, and think, “I’ve been here for an hour at least, and I still haven’t got to sleep.” But then I look at the clock and several hours have passed, which means that some real sleep had occurred. I just never remembered it.

There are a number of levels in sleep. The first is the deep, dreamless sleep necessary to repair the body and ease the mind. After that is the chaos of dreaming, with lots of clutter and noise and a million things happening all at once. This is ordinary REM sleep. Then comes symbolic dreaming, where the events of the dream take on a highly-charged mythological quality, as if you were living in the time of legend. Dreams such as these always seem to signify something important in your life, like a message from another time, another world, or another part of yourself.

Finally there’s lucid dreaming, where you wake up in the dream and have control over what’s happening. My immediate instinct when I have one of these is to leap from my body and go soaring into the sky. Such dreams are rare. I’ve had barely a half dozen of these in my life. I usually return from the lucid dream world with a sense of intense excitement, a feeling of wonder.

We tend to think that there’s just two levels of consciousness, waking and sleeping. But, while we acknowledge the complexity of sleep, we’re less inclined to think that there might be other levels of wakefulness too. And yet there are. Even in normal life there are varying degrees of consciousness, from being half-awake first thing in the morning, to everyday consciousness—which is generally just enough to stop you bumping into walls—to states of high alertness when there’s danger present, or when you have to make quick decisions.

Sports men and women describe a certain level of consciousness as being “in the zone.” Time has slowed down to such a pitch that every signal to the brain can be fully acknowledged and acted upon, every movement can be controlled. To the observer it’s as if there’s a blinding swirl of almost incomprehensible activity, creating the impression of a person acting instinctively. But the athlete is totally in control, conscious of everything around.

Another widely recognized state of consciousness is hypnosis. This is a state which has some of the qualities of sleep, and some of wakefulness. There’s a heightened sense of awareness with a corresponding feeling of relaxation. The imagination becomes very intense and vivid. Deep memories you thought were lost suddenly come into view. The hypnotic state is highly suggestible, however. It works just below the level of consciousness, on the threshold of the dream-world. And while a hypnotist can’t make you do something you don’t want to do, they can plant suggestions in your mind. They can make you remember things that never happened.

Sometimes I think that watching TV is a bit like being hypnotized. You watch a bunch of flickering lights moving about. You relax and absorb the images. This is when thoughts can be implanted. This is where illusions are born. TV news passes itself off as an objective view of reality when it’s really a deliberately-constructed narrative designed to implant thoughts into your head. For example, you probably think you know what is going on in Ukraine right now, but you have no idea. What you have is a storyline curated by the media meant to serve the Military-Industrial Complex, which you then repeat back to yourself as if it belongs to you. But it’s a hypnotic suggestion passing itself off as a thought, propaganda designed to bamboozle you with feigned knowledge. Most of what passes for opinion in this world comes from this source.

Humans are story-making creatures. We’re constantly constructing and reconstructing the world by telling stories about it. We also do this about ourselves. There’s a permanent narrative voice-over going on in our heads, which is how we establish our identity. Every moment reminds us of another moment, which binds our identity to a timeline. We think about the past and plan the future and imagine there’s a stable point which is fixed throughout time and which we identify as ourselves.

This is the form of consciousness that the story-telling machine of the media latches itself onto. It constructs easily relatable stories of good and evil; our side is always good, and the other side is always evil, just as we do about ourselves. Have you ever noticed that when you come to tell a story about your interaction with another human being, it’s always your own words that stand out? You remember what clever, insightful, witty, meaningful things you said, rarely what the other person said. The other person’s often a cypher, or a projection-screen, for your own narrative genius. This is how the media treats the words of official enemies too. We rarely, if ever, get to hear them; we only listen to what they say as a means of asserting our superiority over them, by ridiculing them or taking what they say out of context.

It’s this form of consciousness that divides the world and keeps us ensconced in our superficial constructs: whether that’s the story of war, or our own ongoing tales about ourselves. It also separates us from the world around us. Often, we’re so busy telling these stories that we forget the rest of creation. We walk past the miracles of nature hardly noticing them.

Finally there are states of higher consciousness. Hindus and Buddhists talk of a state they call Samadhi, which, loosely translated, is the Sanskrit for “wholeness.” It’s a state of blissful oneness with the whole of existence, a point at which you know your transcendent purpose in life. Sometimes this is described as “awakening.” When you woke up this morning maybe you only woke into another dream. Maybe your real awakening is yet to happen.