Hey, buddy, can you spare a Visa card? 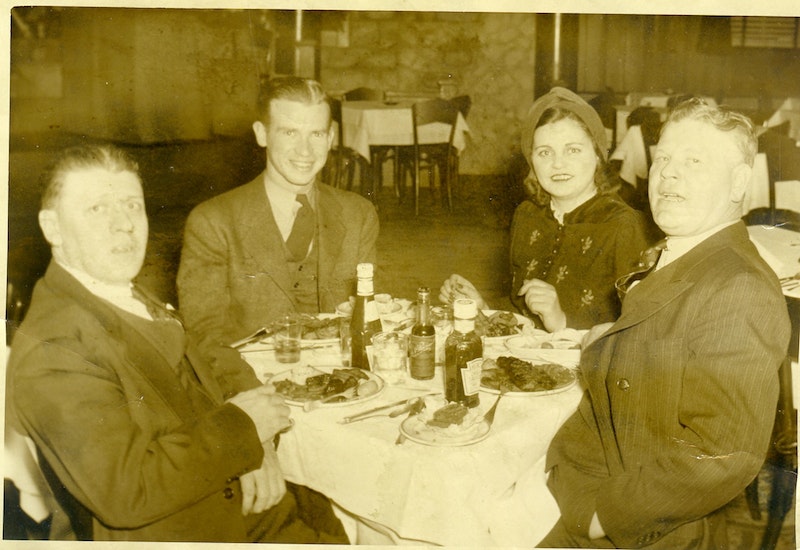 The other day, while waiting in line at a local Starbucks, I noticed that the three people ahead of me all paid for their purchase with credit cards. None of the transactions even reached five bucks, and when I forked over four dollars bills for a $3.23 venti iced coffee, I asked my friend behind the counter how many customers use credit or debit cards. “Easily 90 percent,” she replied, “and we like it that way.”

Not exactly a bulletin here, but it still strikes me as odd, even though so many young people (including my Millennial kids) pull a JFK and don’t carry cash in their pockets. Last summer, for example, my son Booker drove from Baltimore to Southampton, eight hours or so with traffic, and didn’t even have a dime on his person. He ran into a couple of trouble spots with the Long Island cops—traveling two miles over the speed limit, or some similar transgression—and when he came home I asked how he could possibly embark on such a trip without cash. “What if your jeep broke down and you had to get towed to a repair shop? No guarantee they’d take cards.” He sloughed it off, and while polite enough not to roll his eyes in front of me, said it was a different world, Dad, get used to it.

He’s right, of course. I use plenty of credit cards, but cash for purchases under $50, and sometimes I feel like I belong in the above photo from 1940 in a Manhattan restaurant (my father, second from the left, was 23—even though with the duds everyone looked older), with that spread of beef, potatoes, condiments, and cocktails. Anyway, what got me thinking about all this was a Wall Street Journal article from last week, headlined “Visa Takes War on Cash to Restaurants,” in which reporter Anna Maria Andriotis detailed the company’s experiment with 50 yet-to-be-determined restaurants where Visa would give the establishments $10,000 (for tech costs) if they’d refuse to accept cash from customers. Visa Chief Executive Al Kelly explained, “We’re focused on putting cash out of business,” saying the push for digital and electronic payments is Visa’s “number-one growth lever.”

Andriotis noted: “Cards have made a dent in cash in the U.S., but cash remains the most widely used payment form among Americans, accounting for 32% of all consumer transactions in 2015, compared with 27% for debit cards and 21% for credit cards, according to a November report by the Federal Reserve Bank of San Francisco.”

The key number in that paragraph is 2015: undoubtedly, more teenagers since then have acquired cards—not to mention old-timers adapting to a rapidly changing money culture—so it’s not difficult to think that in 10 years, maybe less, cash will have all but disappeared.

I understand this dynamic—even if it would’ve flabbergasted those assembled in the aforementioned photo—but will probably stick to my half-and-half method of paying for goods and services. For example, I always use cash when taking a cab—I’ve never ridden in an Uber—since it’s quicker and the driver gets his money immediately, which they appreciate. I still write checks for monthly bills, with the rare exception when I’ve temporarily misplaced my mortgage notice and go through the arduous process of calling the lender, talking to robo-clerk, and have funds wired directly from my bank account. You don’t mess around with mortgages.

It’s certainly not a matter of protecting online privacy: like almost everyone who’s not a survivalist, my Social Security number, bank account details, credit card information, home address, and telephone number are laid out online for anyone who has mischief in mind to see. It’s just habit, like keeping containers/piggy banks for the coins you collect during a day.

As I recall, my dad, who died in 1972, never owned a credit card, although one of my brothers thinks he might’ve had Diner’s Club plastic, “in case of an emergency.” Even in the 1980s, companies didn’t throw credit cards at you: I was rejected several times by Visa, Mastercard, and American Express—salary way too low—before finally breaking through in ’85. My company, City Paper, which used cards to process some classified and display ads, did have an AmEx card that my business partner Alan Hirsch kept safely in his wallet, although sometimes we’d go the reckless route and have lunch or dinner at a Little Italy restaurant, and worry about the bill a month later. Clams casino all around, pasta (usually called spaghetti then) with sausages and red sauce, and several carafes of cheap house wine was a real treat.

Meanwhile, at my office at home, I have a drawer full of un-activated cards, and maybe once a year I’ll get around to making them kosher. Inevitably, if I’m talking with a real person, he or she will ask what took me so long. Overload. Like most people, one assumes, I never read the fine print when, say AmEx sends a letter laying out new policies. On the topic of AmEx, I wonder if that company is feeling a pinch: a month ago I took a call from a very rude woman who said I was in arrears—by two days—on my green card. I was really cheesed off, explaining that I’d been a customer for decades, spending untold thousands and thousands of dollars, and this is how they treat a longtime customer? Didn’t mean shit. She said if I didn’t give her a wire from my bank, all my AmEx-related cards would be suspended, and I’d be put in the corner with a dunce cap and given a bad credit rating. I vented, and hollered, and then complied like a very angry Mickey Rat, steam coming out of my ears. There’s no winning a battle like that.