Rod Dreher, the professional Christian, should have more faith in the mercy of Almighty God. 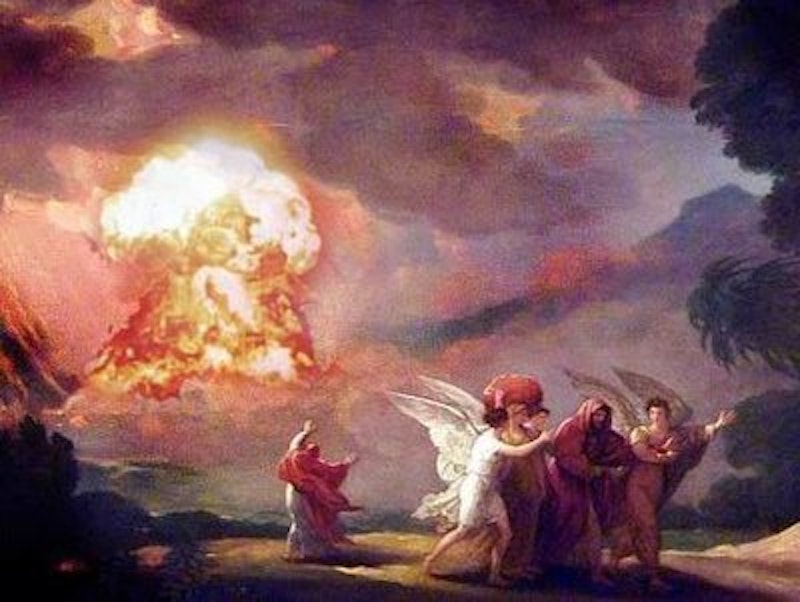 Rod Dreher, paleoconservatism’s best-selling answer to sodomite icon Andrew Sullivan in his constant hysteria, is hyperventilating again. Now Dreher is zeroing in on an academic conference. This is an event at which professors prostrate themselves before the idols of “intersectionality” and repeat, like stoned Haitian voodoo savages, the incantations of the Foucauldian left.

It’s Dreher’s contention—and the contention of the writer whom he quotes in this piece, Elizabeth C. Corey, who reported from this conclave—that intersectionality, and more broadly all of today’s anti-liberal progressivism, is a religion. It has its own Manichean philosophy, its own gods and demons, its own canons of purity and contamination, its own prayers, rituals and blasphemies.

This is not a new idea. John McWhorter, a Black intellectual of repute, has advanced much the same thesis. I think there’s something to it. (McWhorter is a handsome man, with a smooth milk-chocolate complexion and features that testify, happily, to an admixture of Anglo-Saxon blood, probably during the so-called “Atlanta Railroad Expansion Era” of the antebellum South. During this period, the absence of Black men from the plantations—they had all been sent to lay track in Atlanta—stimulated in deprived Black women an earthy need to fornicate with their White masters. I doubt that the Black women gleaned the same physical satisfaction from these couplings with their White masters that they would have with their more robust Black partners, but the result was salubrious.)

Dreher sees intersectional leftism as a juggernaut, a wave that will sweep through and transform our institutions. The results will be dire for the likes of Dreher and me. We can expect repression. Our free speech will be curtailed, discarded as a bourgeois-fascist error by our new commissars. Our right to free association will be eliminated, and the new dictators will strip us of what wealth we have and distribute it to those groups who, though newly empowered, will claim that our type oppressed them in the past. Our children will face campaigns of vilification and physical abuse, just as ethnic Russian children do in Ukrainian state schools today.

As for freedom of religion—"forget about it," to borrow the lingo of the New York Jew.

I share Dreher's apprehensions. Vigilance is needed, and we will need to fight the political battles necessary to protect ourselves.

Where Dreher errs is in the certainty of his pessimism. But then, our Rod has always been an easily panicked little daffodil of a man, hasn't he? (Again, in this he's like his friend, the homosexual militant Sullivan.)

The fact is, all is not yet lost—and indeed the more dire scenarios in life have a way of not coming true. Dreher, the professional Christian, should have more faith in the mercy of Almighty God, and he should have more humility when it comes to predicting the future. As a certain baseball-playing son of the Italian immigrant hordes once opined, making predictions is hard, especially about the future.

To put it as the Russians do: Man proposes, God disposes. In his certainty of a dire future, Dreher is not only guilty of having too little faith, he's also prideful in the extreme. He seems to think that he can see farther, and truer, than God. But he cannot. No man can. Dreher has made a worldly success of himself, and I can understand why that has inflated his sense of his own importance. But he is, like I am, a mote of dust compared with the majesty of God.

Dreher might also remember how wrong he has been over the years. He succumbed to the Y2K panic, I believe. And if you read his writings from about 10 years ago, you'll see a mind terrified by the imminence of "peak oil," a phenomenon that would turn the U.S. into an apocalyptic wasteland ruled by warlords, like Somalia.

Nay, Mr. Dreher, reality is greater than your puny ability to account for it. Control yourself, and, even while preparing for the worst, be of good cheer. Pray to the Logos for strength when you are overcome with the vapors. Endure, sir.

Now, none of this is to say that the worst won't happen. It's only to say that we don't know—and God's world is infinite in its possibilities. Men such as Dreher and I might be headed for the guillotine—but then, we may not. For as the Scripture says, "He overturneth the thrones of the prideful, and glorifyeth the meek."