The closing of the Cup & Saucer diner is just the latest sign. 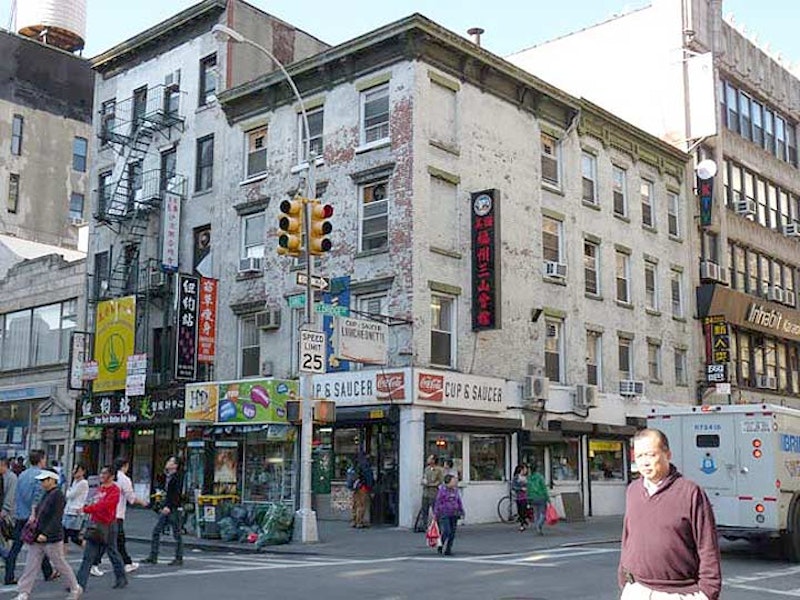 Word came this week that the venerable Cup & Saucer diner at Canal and Eldridge Streets, a Lower East Side mainstay for about three quarters of a century, lost its lease because of a rent increase. By the time you read this it will have shuttered. The Cup & Saucer joins an ongoing string of diners offering affordable, simple fare in New York, from small corner joints like this to large, spaceship-like-in-design diners. Last month, Brooklyn’s Vegas Diner in Bensonhurst closed down, following the Americana in Bay Ridge, the El Greco in Sheepshead Bay, the Del Rio in Gravesend, and earlier in Manhattan, the Market and Cheyenne on the far West Side. 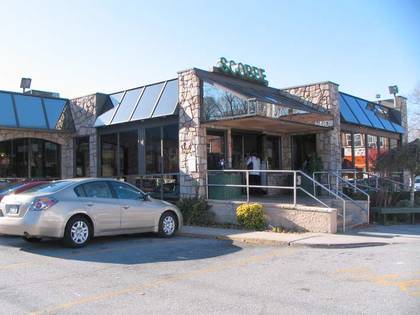 When I moved to Little Neck, the heart and soul of the neighborhood was the Scobee Diner, at its crossroads, Northern Boulevard and Little Neck Parkway. During breakfast and dinner hours it was mostly packed with diners older than myself (and I’m no spring chicken anymore). The fate of the Scobee, in November 2010, was predictable: a combination of rising rent plus an owner’s family unwilling to carry on. The Scobee sat empty for a couple of years, an empty lot for a few more, and then a new building that was an empty shell for a few more years before the coffee shop chain Bean & Bean moved in. Looking through the window, you can see various knots of young folks chatting or looking at their laptops. A different clientele. 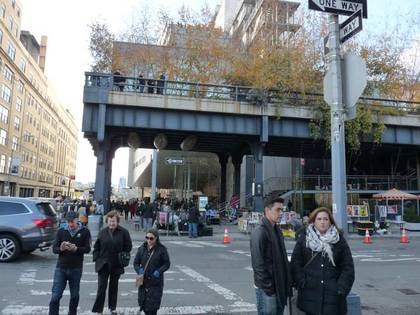 Therapist Griffin Hansbury, writing as his pseudonym Jeremiah Moss for over a decade on the website Jeremiah’s Vanishing New York and in his new book by the same name, decries the “new” New York, in which diners vanish seemingly overnight, high rise buildings are built so overseas billionaires can park their riches, and touchstones of the “real” New York of old, such as Times Square, are shined up, homogenized, and Disneyfied for the tourist trade. Hansbury nearly says that a little danger—of the kind found in the pre-Rudy Giuliani New York—is good for the soul, and implies the Manhattan of the 1970s and '80s is his ideal. Although he’s a transplant himself, he has his own ideas of how New Yorkers should carry on: walk smartly and briskly, not dawdling, and New Yorkers’ worldview should encompass the snark and occasional dyspepsia of a Fran Lebowitz.

I’m with Hansbury that corporate and wealthy interests have now made Manhattan and much of the boroughs uninhabitable for all but the upper echelons, which are now more than ever pushing out neighborhood eateries, stores, and businesses in favor of more bank branches, Starbucks, and chainstores. I’m in accord with him that people who have a taste for the wild side of life should have a place to go and indulge. Griffin, though, loses me when talking about tourists.

The High Line should have, in my mind, become the western end of the #7 train. The railroad infrastructure was there, as it had been operating for freight between 1934 and 1980. The old hulk had been sitting there unused for nearly 30 years, and Mayor Rudy Giuliani expressed his desire to simply raze it. Chelsea, where the West Side Freight Elevated runs, was still a sleepy part of town when several activist groups raised the cash to purchase the structure from CSX Railroad (with the stipulation it no longer be used for rail) and develop it as a park.

What happened after the High Line opened in several different sections differs from what its backers envisioned. New Yorkers have not flocked to it. Instead, out-of-towners and foreign investors have, and the linear park is now jampacked with tourists in the warm months, while high-rise skyscrapers have lined its route. Whenever I’m on the High Line I may be the only New Yorker in the immediate vicinity (much like the Staten Island Ferry and Battery Park on the weekends). Though born in NYC in 1957, I’ve been a tourist in my own town for almost 60 years, though I know quite well to not go into Manhattan on weekdays unless I’m working there—shuffling about with my camera, I’d be in the way of everyone scrambling around for the next buck.

In my mind, though, New Yorkers have only themselves to blame for the High Line becoming an uber-tourist mecca. I find it a great walk with nice views of the river and Chelsea. Remnants of the old railroad have been curated as well as a shifting array of art pieces. In and of itself, it shouldn’t be as hated as it’s become in some quarters. New Yorkers, take back the High Line! 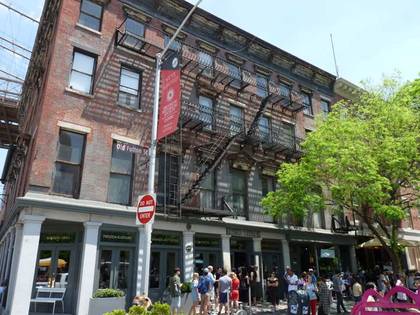 I worked for a couple of months in Dumbo (a dopey means of abbreviating Down Under the Manhattan and Brooklyn Bridge Overpasses) in early 2015. Since before the '90s, few lived in this region north and east of Brooklyn Heights; it was dominated by factory buildings and the short-run railroad that brought goods from the float barges and docks lining the East River. I think one aspect of New York that Jeremiah’s Vanishing New York has not emphasized enough is that Manhattan and Brooklyn used to have hundreds of thousands of people who worked the rivers’ edge; nearly all of those industries have disappeared along with their jobs, and New Yorkers now idle in the sun and the many parks now being developed along those waterfronts. I like a good river view as well as the next guy, but whenever I’m in Dumbo, Hunters Point, Red Hook, I say to myself, what about those jobs?

When I worked in Dumbo it was a cold winter and there weren’t a lot of people milling around the foot of Old Fulton Street. In March I took advantage of the lengthening day and 45-degree weather and walked over to the new Shake Shack on the corner of Water. I sat in a window seat and waited patiently to be buzzed when my order was ready. I watched the late day sun angling through the blinds, and leisurely ate when the order came. That was in 2015; this year, I stopped by in May to find Dumbo ratcheting up quite furiously, with a new Brooklyn Museum branch and restaurant in the old Empire Stores building, and swarming crowds everywhere. A quiet time was not to be had. The Shake Shack line was down the street, nearly equaling the gourmet pizza line next door.

You may hate tourists, but they’re keeping NYC afloat.