If you knock me down, I’ll just get up again. 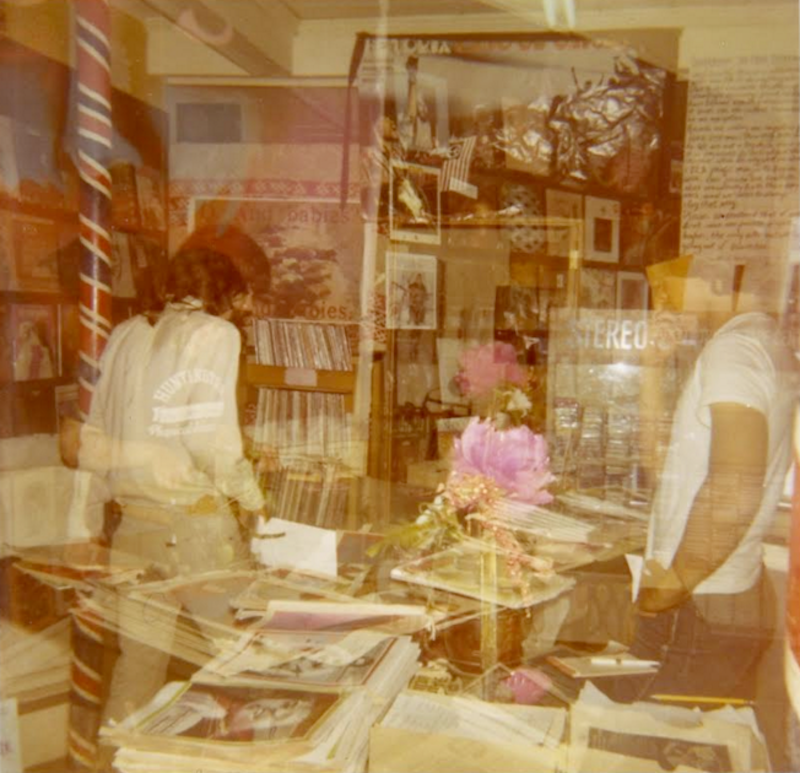 I didn’t write the above words—as a dwindling few will notice immediately—but sure wish I did; both today, and at 13 when the Bonzo Dog Doo-Dah Band’s single “I’m the Urban Spaceman” was released in 1968. It’s a fairly obscure song that caused a stir in the UK—but not in the States—not only for its catchy and pulling-your-leg cool lyrics and music, but also because, as I read in Melody Maker at the time, Paul McCartney co-produced the Neil Innes tune under the moniker “Apollo C. Vermouth.”

I first heard it on New York City’s WNEW-FM—when that free-form medium was stupendously insane—and wore out the 45 after finally finding a copy in the East Village. (The snapshot above, from Huntington in 1970, captures my idea of the song.) There were a bunch of space-related songs in the mid-late 1960s, when the United States still considered space exploration a symbol of national pride. Once Neil Armstrong touched down on the Moon, the enthusiasm waned. The Byrds, in 1966, scored with “Mr. Spaceman”; Steve Miller, before he succumbed to novelty AM-radio targeted hits like “The Joker” and “Fly Like An Eagle,” wrote “Space Cowboy,” (1969) and the most famous of all was David Bowie’s “Space Oddity,” first put out in ’69, but not an American hit until '72. But “I’m the Urban Spaceman” is the best of the lot; in fact, I’d place it somewhere in my Top 25 Songs of the '60s, perhaps a bit rash, but what the hell: my son Nicky recently proclaimed that “Glass Onion" was his favorite Beatles song, admitting that these lists can change every week.

I played the Bonzo Dog Band’s song continuously over the weekend, I think as an antidote to the still disappointing third solo album from Neil Young, After the Goldrush. That’s a leap, you might think, correctly, but a little background. A few weeks ago I was browsing at The Soundgarden in Baltimore’s Fells Point, and the soundtrack at the time was Young’s 1979 Live Rust, an album I happily purchased upon release but hadn’t listened to in a long time.

A few observations: on most of the songs, like “Cinnamon Girl” and the gooey “Sugar Mountain,” Young’s voice sounds the same as at the beginning of the decade, which you certainly couldn’t say about Bob Dylan, Mick Jagger, or Roger McGuinn. Young was—and still is—alternately eccentric, lazy, and audacious, and his “Hey Hey, My My (Into the Black)” gave his dead-as-a-doornail career a jolt, with the cross-generational invocations of Elvis and Johnny Rotten. The next year Young endorsed Ronald Reagan, which was odd, but then railed against industry use of popular songs in TV commercials and was a regular at Farm Aid. So there’s still no figuring the guy out, which I appreciate.

In any case, the much-anticipated Goldrush (1970), released a year after Young’s best solo LP Everybody Knows This Is Nowhere, was, if not a dud, a slight effort from such a popular, and critically-claimed artist. Young was never much of a lyricist: loved “Broken Arrow” from Buffalo Springfield Again, but it didn’t make much sense, and his hit single “Heart of Gold” (1972) was a McCartney-like couple of minutes of goo. From “After the Goldrush”: “Well, I dreamed I saw the knights in armor coming/Saying something about a queen/There were peasants singing and drummers drumming/And the archer split the tree/There was a fanfare blowing to the sun/That was floating on the breeze/Look at Mother Nature on the run in the nineteen seventies.”

I remember at the time asking a buddy, “What the fuck is he writing about”? In truth, I shouldn’t be banging on about Neil Young so stridently, since I’ve always liked his music a lot—far more than his onetime bandmate/adversary Stephen Stills, whose peak was “Four Days Gone” on the last Springfield album in 1968—and I’d guess he did more to popularize flannel shirts and patched jeans as a hippie uniform.