Hunting Coqui at My Grandparents' House

So much is different now on the Big Island. 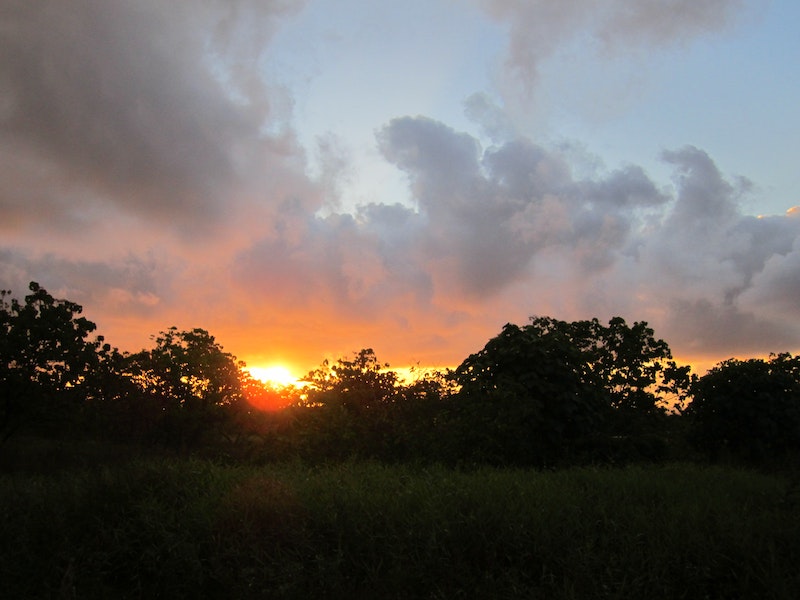 My grandparents lived in a long, nine-bedroom house on the outskirts of Hilo, a town on the Big Island of Hawai‘i. To a country boy like me, Hilo was the big city, where we’d go to see family and buy bulk groceries. As I’ve learned since then, Hilo isn’t really a big city, even though it’s the capitol of the county—which is also the island. It’s an odd place for a city in Hawai‘i. It’s on the windward side of the island, which means the trade winds bring it much more rain than the other side, and so there aren’t as many hotels in Hilo as in Kailua-Kona and other leeward cities. Hilo gets more rain than any other city in the country, enough to keep the moss growing on the sidewalks and in rain gutters alive all year. From what I’ve seen recently, it hasn’t changed much—less than many of the leeward cities, places where investors and tourists can be kept dry. But still, it has changed.

Back then, whenever my cousins and I got bored of playing in their large, soggy yard, we could cross the empty two-lane highway and hunt for crawfish in the rocky little ditch that drained the grass- and shrub-covered fields on that side of the road. And at night, we’d hunt for bullfrogs, which we called bufo. Armed with flashlights, fishing nets, and a five-gallon bucket, a bunch of us would circle the house, slowly filling the bucket with the heavy, floppy things. I don’t remember what, if anything, we ever did with the bufos. We probably dumped then in the stream or into a pile on the yard. What I do remember is the quiet of those nights, how the only sounds beside our yelling and cries of triumph during the hunt was the duet of cricket chirps and bufo croaks, alto and tenor.

Things are different now. The last night I spent in their old home, the night before we were to turn over the now-empty house to its new owners, years after my grandparents had died, I couldn’t sleep for the noise. The night echoed with the high, two-tone calls of coqui frogs, a recent import from Puerto Rico. Their mating calls, which sound like their name (ko-kee, ko-kee-kee), drowned out all but the faintest trace of crickets, and of the bullfrogs I didn’t see or hear a thing, the newcomers having, evidently, run them out.

My parents, when they were living in that house after my grandparents’ death, had worked to resist the change. Most nights, they’d hunt the coqui. They’d take flashlights and a home-mixed pesticide and stalk the little tree frogs, my father whistling to mimic their calls and my mother tracking their answers back to whatever fern or tree they had found to hide in. The coqui, smaller and much more secretive than the bufos, were much more elusive prey, but by the time my parents left Hilo to its rain and its newest invasive species, they got pretty good at catching them. Almost every evening, my parents would kill coqui, making it a little easier to sleep with the windows open to the cooling night breezes. But the next evening would be just as loud as the last, new coqui having moved into the territory of those my parents had killed, and so they’d go out again with their lights and poison.

I helped them a few times, in the months leading up to the sale, and couldn’t help notice how their new hunting tradition at once resembled and had nothing to do with what my cousins and I used to do. We hunted bufos for the novelty of it, because it was easy, and because we were kids—easily entertained. The bufos weren’t a problem, really, and while they weren’t native to Hilo, they were as much a part of that ecosystem as the moss. My parents hunted coqui because they wanted to kill them. Coqui are new to Hilo, having been brought there by accident, probably hiding in potted plants from Puerto Rico, where the coqui are loved, modeled for toys and keepsakes, made the official mascot. The difference is that Puerto Rico also has tree snakes and other predators, while in Hawai‘i the coqui have nothing to keep their population in check. My parents always understood the futility of what they were doing. The coqui were already so numerous, so well-established in and well-suited for the ecosystem they’d been brought to, that not even the population explosion of wild chickens, which coincided with the coqui’s introduction, could control their numbers.

There have been other changes in Hilo. The field with the stream is now a subdivision of white and off-white houses, and the nights are filled with the sounds of more people, more traffic, more everything. But these were the changes my grandparents had expected. When they’d built the house, long before I was born, there was nothing around them but the strange mix of forest and marsh and field that I’ve only encountered in places that, like Hilo, can somehow get so much rain and so much sun. They knew that the nature of cities is to grow, and that eventually that growth would impact their neighborhood, but they didn’t know, I have to think, the specific impact that globalism would have on their home after they were gone. It’s always places like theirs, the places on the fringes, where you can really see the changes. And at night, you can hear it too.