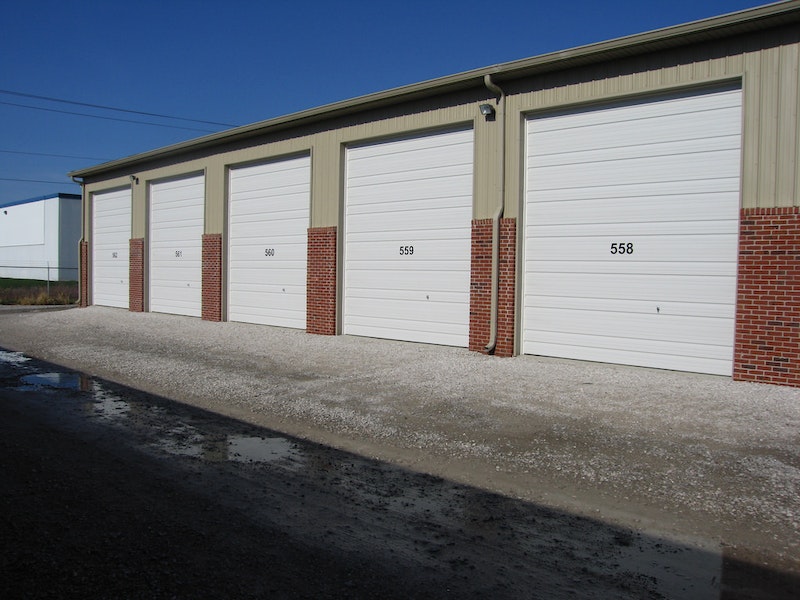 Public Storage is at once a brutally heartless scam and genius American business. The self-storage industry, which according to The Wall Street Journal is recession-proof and booming, relies on what Industry experts call the “4 Ds of life"—death, divorce, downsizing, and dislocation.

When going through one or more of the D’s, it’s easy to resort to public storage with the idea that it’s going to be a temporary solution. You just need a place to stash your stuff between jobs, a bad breakup, or someone dies. They hook you in for a cheap initial fee—like a drug dealer, the first hit, or month, is free—and you plan to rent for a month or two. Six months later your stuff is still in there. The late fees, lock fees, inflation adjustments and taxes add up, but you just can’t find the time to retrieve those clothes, piles of books, records and personal papers. That new job didn’t work out, or the cost of paying for a sick relative was more than you thought. You can’t find a permanent place to live.

I went to Public Storage a couple of years ago, at the intersection of nearly all four D’s. I had been dividing my time between renting an apartment in Washington, D.C., where I ran a summer journalism program at Georgetown University, and staying with my elderly mother, who was living in Maryland but having health issues. Finally mom was diagnosed with dementia and had to go into fulltime care, which would be expensive. Around the same time my girlfriend expressed terminal dissatisfaction with the financial constraints of my job as a teacher and journalist. I was writing fulltime for several different websites, driving a lot of traffic and not getting paid—one conservative start-up run by a future Fox News star and wealthy scion would not give me a job despite my viral hits, opting to hire and burn out younger reporters—part of the new ageism and economy of journalism. I had to move to a cheaper place, find somewhere that paid or change careers, grieve the loss of someone I loved, and take care of my ailing mom.

I rented a small temporary room, and then put most of my stuff into Public Storage. It was a mountain of items, almost reaching to top of the small unit. There was my stereo, LPs of favorite artists (Philip Glass, Joshua Redman, the Twilight Sad), old diaries and comics (classic Marvel stuff), letters from high school friends from the 1980s, books (Norman Mailer, Pope Benedict, Anne Tyler, Charles Bukowski, The Art of Pin-Up), and lots of clothes—my girlfriend had been someone with really good taste, and I had spent way too much at J. Crew and Brooks Bothers. There was my father’s old stationary from National Geographic where he’d worked for 30 years, back when a journalist could live in the suburbs and send four kids through private school. There was a painting of my mother sunbathing in 1960, in that sunlit America before the death of Kennedy—before everything went wrong.

You never get your stuff out of Public Storage when you plan to. As Gavin McInnes once joked, you’re spending $120 a month to store $23 worth of junk. The weeks go by, it’s harder to find work than you think, there are complications with the relative you’re taking care of. It becomes depressing to think about hauling all that shit when you might have to move again soon anyway.

The lowest moment came when I heard through the grapevine that my old girlfriend was getting married to a guy with money. I was driving through a heavy thunderstorm at dusk in Maryland, on my way to visit my mother, when an 18-wheeler truck appeared out of nowhere and was headed right at my Jetta. I swerved at the last second, sliding into a ditch. The rain had been so heavy, the evening light facing quickly to darkness, that the driver had come into my lane. For a second I wish I hadn’t swerved. Maybe I belonged to a different era, the time of typewriters and good conversation, not digital idiocy, mute dates, and gymnastic pornography. My legacy would be my Public Storage unit. A few days ago—after paying more fines and fees—I finally emptied the unit, spending a day transporting the boxes and bags to my apartment. Like Lazarus, I am ready to come forth.