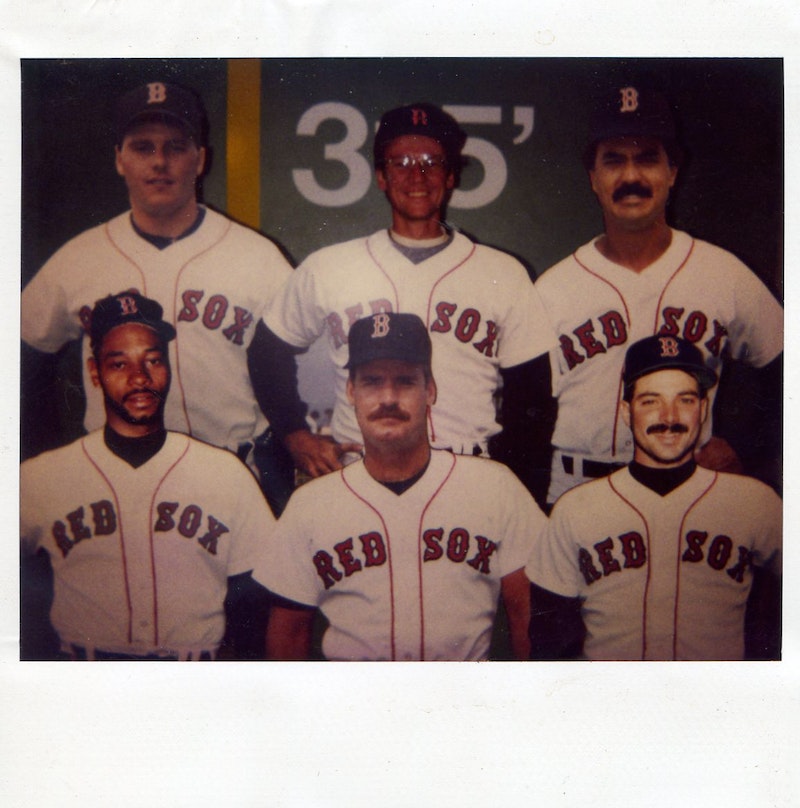 I dislike this time of year. Baltimore’s a really pretty city, but not in January and February when all the trees are bare, the weather is chilly (though hardly any snow so far, which is a bonus), and daylight is still meager. It’s January 19, and there’s a long slog ahead to what may or may not be spring—sometimes it lasts a month here, sometimes a week—and the glorious days of summer. And, as a one-sport guy, I can’t wait until the football season is over. No rooting interests here, although if pressed, I’d go with the Pats, if only because my friend Rick’s a huge fan and it might rub off on the Red Sox.

There are other baseball fans who feel the same way, and they’re often chanting “29 days till pitchers and catchers report,” as if that’ll speed up time. I did have a temporary respite the other day while listening to Bob Dylan’s forgotten “Catfish,” another song, like “Abandoned Love,” that was inexplicably left off Desire in favor of clunkers like “Joey” and “Sara.” The late Catfish Hunter, after the ’74 season, in the dawn of free agency, jumped from flamboyant skinflint Charlie Finley’s Oakland A’s to George Steinbrenner’s Yankees, and received what was then the richest contract in baseball history: a five-year, $3.35 million deal. These lyrics are tight: “Come up where the Yankees are/Dress up in a pinstripe suit/Smoke a custom-made cigar/Wear an alligator boot.”

I’ve no idea how the Red Sox will fare this season—could slide back to 78 wins, might take 95 and play in the World Series—and even though I’m wary of the no-Papi offense, and a sketchy bullpen, I’ll watch as many games as possible (via Comcast’s MLB Extra Innings), even if they’re dead as a doornail by August. I also hope to add to my list of stadiums visited (right now around 22, including those that were reduced to rubble), maybe the White Sox’s Cellular Field, the Giants’ AT&T Park, or, finally, Dodger Stadium.

The picture above was—obviously—taken at Fenway Park (I must’ve had a couple of pops to play the tourist, standing with cut-outs of Roger Clemens and disagreeable Wade Boggs) in September of 1988, when the Sox were in a push-and-shove battle with the Tigers for the AL East title. My friends Jim Larkin and Mike Lacey had visited me in New York, on a road trip, scouting out weekly newspapers to buy (at that time, before their portfolio burgeoned, they owned Phoenix’s New Times, Miami New Times and Denver’s Westword) and, as usual, we had a grand time, as they inspected the workings of my five-month old New York Press. Both loved NYP’s front-page ad—then a rarity—but blanched, a rare occasion for these tough guy Irishmen, when I told them I’d considered putting a Page 3 girl in the paper, common in Europe, but scandalous in puritan America. I decided to skip it after seeing the reaction earlier that year from our advertising director Michael Cohen, who nearly passed out when I told him to think about all the potential readers. “Cool, “ Michael said, “lots of pervs and no ads. Brilliant, Russ!”

Anyway, after a couple of days in Manhattan, Larkin, Lacey, and I flew up to Boston for a Saturday day game—this was before the Sox were a main attraction for fair-weather fans, and Fenway was a dump—and saw lefty Bruce Hurst (overshadowed by Clemens, but a great pitcher) throw a gem to get the Sox one game closer to winning the division. In the playoffs, the Sox were swept by the steroid-powered A’s—mind you, this was after the ’86 World Series catastrophe—which would happen again in 1990. Clemens never could top Dave Stewart, and the Sox looked like pygmies next to Mark McGwire and Jose Canseco (at a ’90 playoff game with my brother Jeff at Fenway, arriving early at the park, it was stunning to see the disparity in size of the two team’s players).

The next time I attended a championship game was in 2000 at Yankee Stadium with my young son Nicky—it was the contest in which Clemens, then a Yankee, had ‘roid rage and chucked a bat at Met Mike Piazza, a very entertaining spectacle—even though I was there to root, in vain, against the Yankees. NYPress bought season tickets to Yankee Stadium for six or seven years running and it was a wise investment: 81 home games, and an ideal way for the paper’s ad execs to schmooze clients, holding them captive for two or three hours. We made back the $10,000 outlay (times have changed on the price) by May in the form of full-page contracts, and so I had the pick of 10 or so games for myself.

Meanwhile, I can’t wait until the damn Super Bowl is over and we get closer to the Sox’s April 3rd opener against the Pirates.