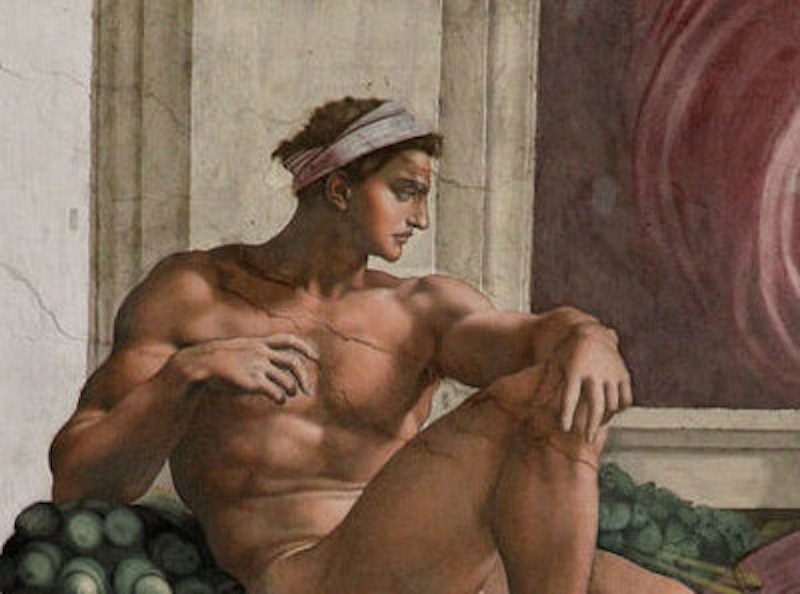 What is the Beautiful Man Club?

Not a brick-and-mortar institution, but rather a psychic construct, a state of mind for those of us who admire Manly Beauty in the chaste, olden-time sense.

If I could choose a single time and place to live in, besides Grand Old Muscovy before the Petrine reforms, it would be the America of the early-20th century. Why? For one thing, this was the last moment at which the original American Republic could be said to exist—the last moment before the deluge, so to speak, started to transform our Protestant, Anglo-Saxon homeland into a polyglot Babel.

But more to my point here, this was the last moment at which a sexually confident husband and father—a normal man such as I, secure in his sexual normalcy, neatly if unpretentiously attired in well-fitting khaki shorts and good leather sandals—could indulge in the appreciation of male beauty without being viciously associated with sodomy.

That was the era when Eakins was photographing his glorious male nudes, expressions of a culture in which thoughtful men could gather at their club, maybe, or in a well-appointed private library, to inspect the splendid body of an athlete, in the spirit of connoisseurship. The diaries of my great-grandfather Harris depict many such evenings in Indianapolis.

These evenings were symposia, really, in the best Athenian sense. A young man of beautiful physique, who had caught the eye of my great-grandfather or one of his bank partners in the boxing ring or sculling on the river, maybe, would pose at the center of attention. He would always stand on a raised dais, sometimes wearing a simple loincloth, more often wearing nothing at all.

Meanwhile the gentlemen, in their honest frock coats, would examine him through their pinces nez—his thighs, his calves, the supple curve of his abdomen. They would pencil down notes, where necessary. Lanterns would be held close to quivering flesh in order best to take the measure of its fine youthful dewy tautness. Calipers would be deployed to quantify girth and width, and fingers wrapped in clean linen clothes would essay the firmness of wonderful quadriceps.

Then the gentlemen would retire to the library to discuss, over refreshments and cigars, a topic appropriate to the evening and the spectacle of beauty they’d just witnessed: “The Grace of Alcibiades,” for instance; or “The Cavalry Barracks and the Spartan Ideal.”

Those topics are in fact straight from my great-grandfather’s diary. He also mentions that the gentlemen declaimed poetry to each other, usually from the Cavalier tradition. And late in his life, he writes, his male salon was the only place in the Midwest where men could gather to discuss the just-published work of Proust.

I wonder whether it wouldn’t be possible to resurrect this fine tradition of manly aestheticism. It would be difficult in our sex-obsessed and sodomitical age. People are likely to get the wrong idea.

On the other hand, where nothing is ventured, nothing is gained, and Brother Aiden has indicated to me that he, too, is interested in this endeavor. He, too, is a great champion of the good old traditions.

But we will have to wait for spring. That’s when baseball and those other sports when young men frolic in green fields, their brown bodies exposed to the sun, begin; that’s when it will be possible to scout out, and recruit, likely subjects for our Platonic encounters with Beauty, and thus, to cite the poet, with Truth.