A serialization of The Sound of the Shadows. Last week’s post here. 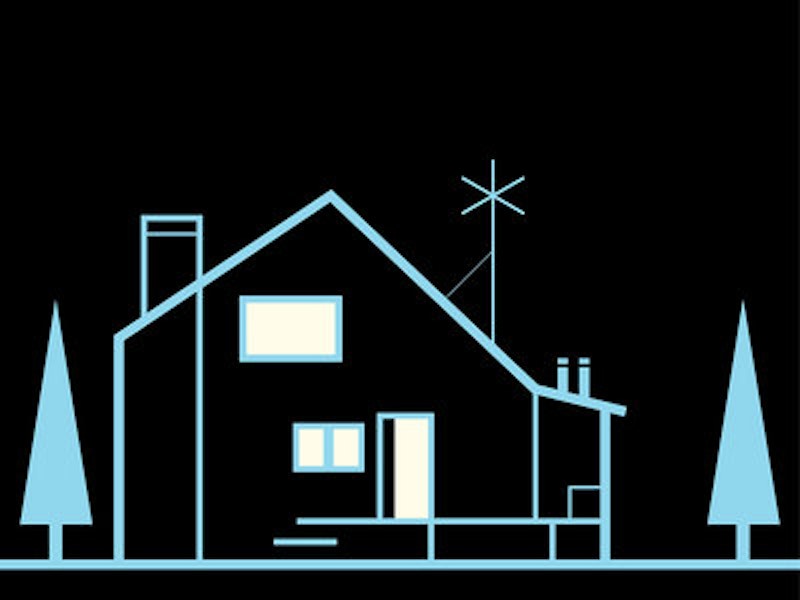 Within a week, the second message arrived in Davy’s PO box.

“Put $1000 in unmarked non-sequential 20s in a shoebox and leave it in the trash can at the far end of the Thendara Byrne’s Dairy at eight p.m. on Friday. Then leave. Don’t try any funny business or you’ll be sorry.”

At the mountain mansion, Anne, lounging on the bed, laughed. “Here’s what we do. I’m going to stake out a viewing spot in the woods one day earlier. When you leave the box, they’re not going to waste any time retrieving it, not with a grand just sitting there. When we find out who the crumb is, it’ll be Memphis Soul Stew, as in, BEAT... WELL.”

Standing before Anne, Davy said, “By the by, I wrote a poem, a short poem. It was inspired by you.”

“Really? What’s it called?” she said, sitting up, lacing her fingers behind her neck.

“Mmm! Let’s hear it, my perspicacious one!”

“Okay.” He cleared his throat and said:

“Thanks…” He beamed like a schoolboy awarded a gold star.

“We shall go to Spain, Señor Raboy, as soon as we clear up this business of blackmail. I have a villa near Badalona. In the late afternoon, we’ll park our bikes on the beach, walk to the sea, and from cupped hands we’ll drink from the Mediterranean. Not a lot, just some, enough to have the salt, that ancient stuff, in our bellies, in our blood. Then we’ll lie under the red sun. As darkness descends, the white stars will emerge, one at a time, until the black sky is rife, just lousy with them, until they’re blinding. We’ll sleep under a blanket, greet the predawn, shivering, embracing for warmth, as the stars disappear, the sun scurrying them into hiding until the next eventide.”

She lit a cigarette, swept the room with it. “And after we’ve had our fill of heaven, we’ll travel to Barcelona. And Madrid. You’ll adore my amigos. We’ll have a ball!”

“Can we go to Denmark too? After Spain?” Davy said, kneeling at her side, his hand running down her thigh, resting on her knee. He marveled at her silvery beauty. She reminded him of a tree, a leafless tree in December, glazed with ice. He kissed her knee with reverence.

“Good! In my mind’s eye, I have this picture of a jazz club in Copenhagen, a small spot on a wharf. There’re maybe a dozen tables in front of a low stage that’s just big enough for a few musicians. And there are paintings, abstract paintings, on the wood walls. We’ll sit there with drinks in a room full of Danes, the older ones looking like professors, the younger ones in denim and suede, and the room is full of the aroma of tobacco and whiskey.

“Some cats picks up their horns, the drummer hits the downbeat, and everyone’s in the groove, the entire place, everyone’s happy. I know it’s too late to see the real jazz greats —Dexter Gordon, Sonny Criss, Ben Webster—but there’re still some really good players. I’d love for us to be there with them, the water below, almost lapping at the floorboards. We need to find this place on a pier. I know it exists, I can see it, I believe in it.

“And: Copenhagen! Just the sound of that name! It announces itself with a knock and immediately goes soft, followed by lilts. And it’s just the right length, four syllables, enough to be a short sentence! KOH-pen-hay-ghen... Like a poem! Why even bother to write poetry? Just say: Copenhagen... We’ll be so happy there, I just know it!” He rested his ear on her warm stomach, looking up at her.

Monday, Anne was tucked in a leafy hideaway, a hawk in a nest, in back of Byrne’s Dairy with a thermos of green tea. Just before eight Davy arrived, went in for a paper, and on his way out dropped a shoebox in the designated trash can. No sooner was his Jag heading north on 28 than a figure emerged from shadows, hurried to the garbage can, nabbed the box, hopped in a decade-old Honda Civic and sped away.

A young woman with curly penny-bright hair made Anne start and then peer harder. “Huh! Who’d a-thunk it? Veronica, that little post-college twat! What did they teach you in that fine and fancy school? Not how to be a savvy blackmailer, that’s for sure.”

Anne Howe stood to her full height and muttered, “You are so dead, Red.”

Later that evening, Anne and Davy parked his car outside of town and walked to Veronica’s cabin on a deserted road. Gloved and dressed in dark clothing, they approached the house, circled it, kicking the leaves. The air was sharp, clean, chilly. Only Veronica’s car sat in the driveway. They cased her place, peeking in this window and that. The girl was alone, not on the phone, not online. Veronica was watching TV, a bottle of Saranac ale in hand.

Davy threw his weight against the door. In two tries they were in. Anne, pointing a nickel-plated .45 and said, “Okay, Ronnie dearest, hands behind your back. Davy, tie her wrists good and tight! Make it hurt.”

That done, Anne told Davy, “You know what to do.”

Pulling open the bureau’s drawers, he grabbed a handful of panties.

The gun barrel at her temple, Veronica opened her mouth and Davy shoved the wad in, then duct-taped her mouth shut.

Anne ran a hand over the girl’s curly red hair. A distant bell tolled once in Anne’s belfry. She dismissed it, then said, “Okay, march upstairs to the bathroom, young lady!”

As Veronica headed toward the carpeted steps, Anne gave her a swift kick to the ass. “Move!”

When they were in the bathroom, Anne said, “Lie down in the tub, face up.” She did. “Davy, tie her feet together, then go for the dough.” In the bathtub, the bug-eyed girl lay dripping cold sweat. Gagged, she couldn’t say anything, couldn’t make any noise other than through her nose. She wanted—needed—to tell Anne her story, her important story: I hired a detective to find the answer to my big question, to find out who my birth mother is. I’d only known this much: I was left on a church step 25 years ago. But something like giving birth, even if done right, can leave a trace.

Davy called from downstairs, “Hey! I found the money!”

“Smart girl, huh? College girl, huh?” Anne sneered to Veronica, setting her pistol on the sink with a clack. Knuckles on hips, lips curled with something between a slap and a smile, Anne regarded her hapless prey, then bent over and punched her in the stomach, then the face, then the stomach again.

Veronica, choking and muted, could only think, “I’m your daughter! Don’t kill me! We’re flesh and blood! I searched so long for you! So what if I tried to extract a little revenge? You owe me!”

Then Anne squatted, putting her hands, gloved in navy cashmere, around the girl’s neck, rubbing her thumbs up and down the throat gently, before she settled on the spot and pushed in, crushing it, choking off the girl’s air with a snap! Anne gazed into her eyes until she was certain Veronica had traveled over the mountains of the moon. Anne herself had never been there, but she could imagine it.

"Stupid little shit,” Anne panted hoarsely. “Too smart for your own good. No one fucks with me, sweetheart. No one.” She called downstairs, “Okay, Davy! Let’s go!” They left, melting into the moonless night, taking Veronica’s laptop and cellphone along with their money.

Monday, when Veronica didn’t report for work and didn’t answer her phone, a colleague stopped by the cabin to find the corpse staring at the bathroom’s drop ceiling. Eighteen minutes later the place was swarming with cops, local and state. No lazybones could blame this death on a hunting accident.

On the scene shortly thereafter, the retired private detective, Mark Fisher, nosed at the evidence. A short pudgy man, his pink plump hands were soft and moist, priestly. He raised one and wiped the sweat off his upper lip. He’d known the deceased. Veronica had hired him for his final job, to track down her birth mother.