You got the time, Bub? 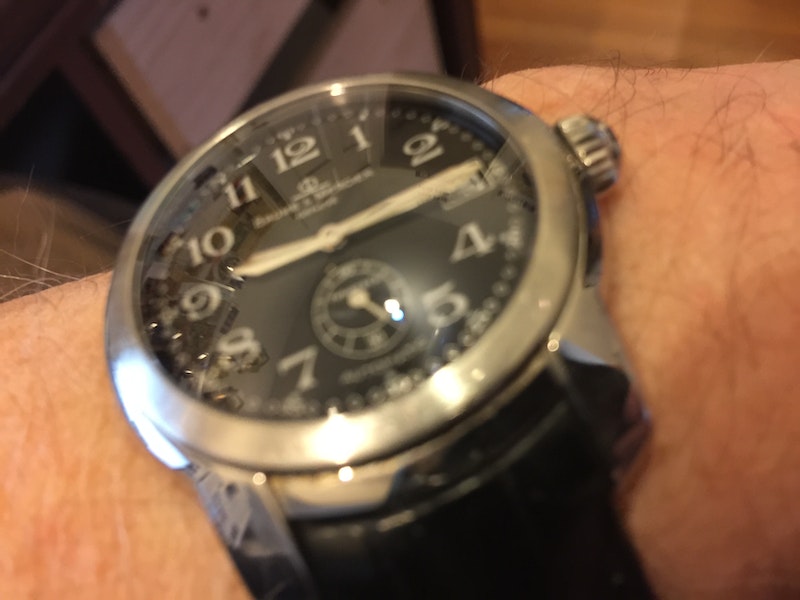 I think we can all agree that John Lennon’s “Imagine”—unfathomably an “anthem” for some—is the worst song he ever wrote. When the song was released in 1971 on the ex-Beatles’ second solo record, I cringed: not only was it gooey, like Paul McCartney’s sappy tunes, but hearing the millionaire/junkie singing about having no possessions was a jump in the lake I certainly wasn’t going to take. Naturally, I blame it all on Yoko, fair or not, since I’m still bitter about her contributing to the band’s dissolution.

I’m not inordinately acquisitive, and was fairly repulsed in the 1980s and '90s when successful Boomers like myself were buying “toys,”—often with the help of trashy consumer magazines like Esquire and GQ— meaning every single new tech gadget, BMW, home bar, or “mint” comic that hit the market. But possessions? Sure, I have a few that are treasured, aside from the standard house, flat-screen tube, and chicken in every pot that are common. I’m thinking wrist watches, an accessory now hitting hard times, getting into the territory of pocket watches that once dangled from men’s vests. (My sons, like most young men their age, don’t wear them, using their cells to see what time it is. And, I have to admit that on occasion, when reading the front page of The Wall Street Journal I look at the top-right-hand corner to check the time, and then feel foolish.) When my dad died in 1972, I inherited not only his Minolta 35mm camera—he’d purchased it the year before and taught me about the intricacies involved, and I took it everywhere until it was ripped off from my college newspaper office five years later—but also his Timex watch. Dad was bigger than me, a solid six-footer, and the watch just didn’t fit, so I kept it in my pants along with a pocketknife.

As the years blew away, I went through a bunch of watches, escalating in value as I had more money, and though I still have three or four different models, not one compares to the Baume & Mercier sporty model (pictured above)—leather band with a unique clasp—that my wife gave me as a birthday present more than two decades ago. Just the other day, she suggested that I needed a replacement, but I demurred. This watch defines a male heirloom, even if the eventual recipient—one of my two boys—just keeps it in a box and on occasion takes a peek and has a brief reverie about Dear Old Dad. At least I hope so!

Anyway, this Swiss timepiece isn’t an item to fool around with. Like a foreign car that can’t get detailed or fixed at any old repair shop, this watch, every 18 months or so, needs a not inexpensive tune-up. And it has to be sent to Germany for an overhaul: no American jeweler I’ve come across can handle it. It’s a real pain in neck: it takes at least six weeks from drop-off to pick-up, and though, as noted above, I have spare watches that are pressed into service, it’s not the same. Mind you, I’m not an accessory whore: just the watch and wedding ring, no gold neck chains, college rings, tasteful earrings or, God forbid, other piercings.

Once, when I was 32, I entertained for about a minute the idea of getting a small tattoo on my arm. I was drinking pints of Harp with Michael Gentile at Tribeca’s now-defunct Riverrun bar & restaurant—one of several New York Press hangouts, along with Puffy’s, Milano’s, and El Teddy’s—and he said a bluebird of happiness might be soon decorating his left shoulder. I recoiled: despite the ubiquity of tats at that time, to me they were still the stuff of sailors, gamblers, and crooks, and I replied, somewhat obviously, “But that’s for life!” He nodded, and said, “Well, boss, we’re about halfway there anyway!” So, as I said, I briefly considered the idea, and then flushed it out of my mind. (Michael also skipped the tat, even as it seemed every other person at NYP had some skin art.)

That’s my watch story, and you can take it or leave it. One more note: since I don’t, as is common custom today, keep a cell on the bedside table, in the winter I awake in the dark and can’t quite see what time it is. I squint and squint, and then just get up and begin the day. Problem is, often it’s an hour earlier than I thought, which can ignite my grouch factor. My son Booker did buy me a cheapo digital watch that flashes last year, but when the time fell back in November it didn’t adjust and I can’t figure out how to change it. I’ve yet to tell Booker, fearing I’d blush from extreme tech incompetence.