Washington, D.C. is a Skin Crawl 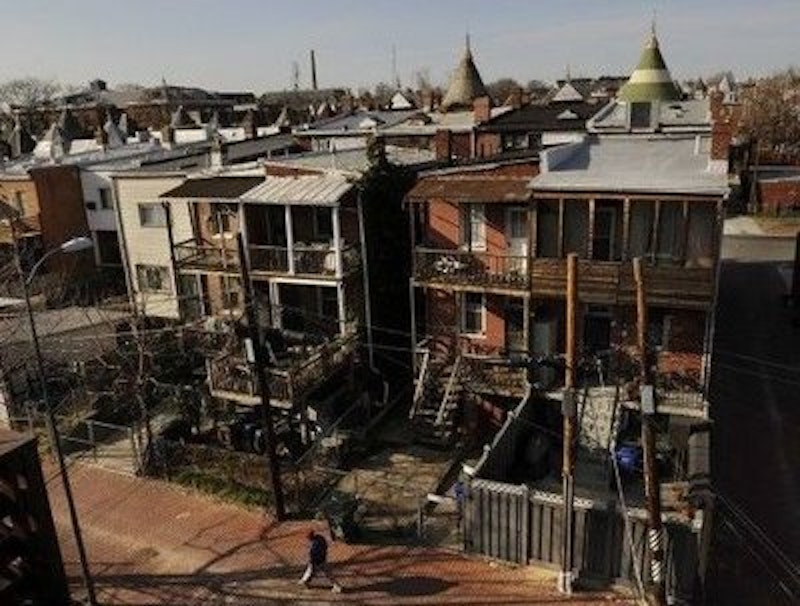 It pains me to say it, sort of, but my hometown—Washington, DC—is the worst major city in America. I spent New Year's there and, as one does, I enjoyed toddling around in museums. But I wouldn't recommend DC for any festive activities, or for much of anything except sitting in traffic. Well, there is no better place in the world to fawn on power, or to ridicule it. London suggests a pub crawl. DC suggests a skin crawl.

It’s an artificial city, invented across the river from Mount Vernon by decree. In this it resembles the disastrous Brasilia. They are in some ways utopian projects, but the utopia part is just blank, and the seamy underside, which both cities are at pains to conceal, is both the only reality and quite disturbing. Both attempt to capture in marble (really, in concrete) a vision of freedom. But both are really attempts to signify overwhelming power.

People often remark about DC's openness. It has no skyscrapers; it has wide avenues connecting open traffic circles; it has a big flat green space at its center. At this point its openness is less than an illusion: you start to register that all those massive concrete planters are security barriers. You should assume that any conversation you're having on the street could be monitored. In other words, how it looks is an ideological construction, false now to its core.

The DC of my youth was two cities: a rich white city working for the government or government contractors, and a poor black city, in large part maids and custodians serving the state and those who served it. I went to school with Walter Mondale's kids and kids who had no idea what their fathers did, because it was Top Secret.

White DC has always been insulated from the economic vicissitudes that plague Detroit or New Orleans: it is recession-proof, for the government grows in bad times and good. There’s always gainful employment for high-end sex workers and drug dealers. This insulation is one of many factors that give it a “bubble” quality and detach it from the country of which it is the capital. It's one reason the people who live there often do not understand the nation in which they live. The other reason is that they don't want to.

The city in my youth (1960s and 70s) was roughly as segregated as Selma, with race and class corresponding almost perfectly. Nevertheless, Chocolate City was the real DC, and many of the whites stayed only a few years, or for an administration, whereas the black community had some intergenerational continuity and identification with the place. In my experience, the only thing holding the races together in DC was the Redskins, which led to male bonding across the apartheid line.

When I moved up the road to Baltimore in my 20s, I was surprised and delighted, if also somewhat concerned, to see what an actual American city was like. There were funky ethnic neighborhoods: Greeks, Italians and Jews. There was a truly wild art scene, symbolized by John Waters and his crew. There were problems all over, but also character on every block. Moments of celebration were moments of pleasure and release, not moments of performance for one's superiors. People were unpretentious, their conversations unrehearsed. I don't think there can really be a “Baltimore-Washington Metropolitan Area” because the towns are just too far apart. Baltimore is in America. DC is in limbo.

I realized only then that I had grown up in a strange non-place. My people were journalists back when DC had five big dailies. That is or used to be a certain sort of multi-generational DC native. My grandfather was White House correspondent for the Times-Herald, my Dad a reporter for the Evening Star. They, and I as I grew, took a certain pleasure in feeling that we were at the center of the universe as America became a world-bestriding superpower: we grew up extremely non-provincial, you might say.

But we also came up cynical as all hell. Perhaps the greatest hero of my father and grandfather was H.L. Mencken. But it’s one thing to be a hilarious cynical bastard in Baltimore, and quite another to be a hilarious cynical bastard in DC. Never were there people less impressed by power. They outlasted politicians and flunkies they liked, and those they despised. They watched the pomp with a jaundiced eye and talked to the guys sweeping up the trash after the inauguration. I'd like to think that you can't grow up in DC without becoming an anti-authoritarian of some sort, even if it's just expressed with a roll of the eyes.

I don't think you can say that about DC newspersons now, who come from here and there through Columbia Journalism School to mutate into television stars and develop sources by whom they can be manipulated. They appear to me to have mutated into just another variety of DC bureaucrat, passing through in very nice and pointedly conventional suits.

But I'll say one thing for my hometown; it slogs through. They're erecting grandstands along Pennsylvania Ave. again, from the White House past the Old Post Office (where my step-mother worked, now the Trump International) and to the Capitol. It's routine, man. DC people will trudge through the transition, more concerned with the commute than the supposedly unbelievable significance of it all. The rest of the country appears to think we're in a historical transformation; the junior bureaucrats, secretaries, contractors, lobbying-firm employees, and rent boys know that things will tick right along pretty much as usual.

Anyway, DC probably has the worst local arts scene of any major American city, even with all those masterpieces in the giant concrete buildings. In 2016, the last gallery closed on “Gallery Place.” Where other cities have arts spaces, DC has Brooks Brothers and Jos. A. Bank. Some cool music has come from there, notably Duke Ellington, Go-Go ("Paint the White House Black") and Straight Edge ("Guilty of Being White"), but I doubt you'd gravitate there as a gigging band, not when there's New York, Atlanta, New Orleans, San Francisco, Austin, and so on. DC is famous for its bad restaurants, Marion Barry, its murder rate, the emptiness inside of its white people. It values conventionality the way some cities value wealth or creativity. People talk as if their remarks had been focus-grouped.

Pretty bad, all in all. But it is my hometown. As I stroll about, I have the illusion that I know every crack in the sidewalk, that I remember the history of every building. I have a strange nostalgic smile as I toy with the question of how much high explosives it would take to bring down a particular facade. I make due with a string of nasty cracks, about the architecture, the history, the overall atmosphere of jive. It’s the tradition of my people.

Somehow, my psychology is bound up with the place; I haven't lived there in decades. I don't have any family there anymore. And yet I keep returning, as though there's no escape from it or from myself. A lot of the world might have that experience in some sense: there is just no escape from DC.