Political conventions are dull and duller. 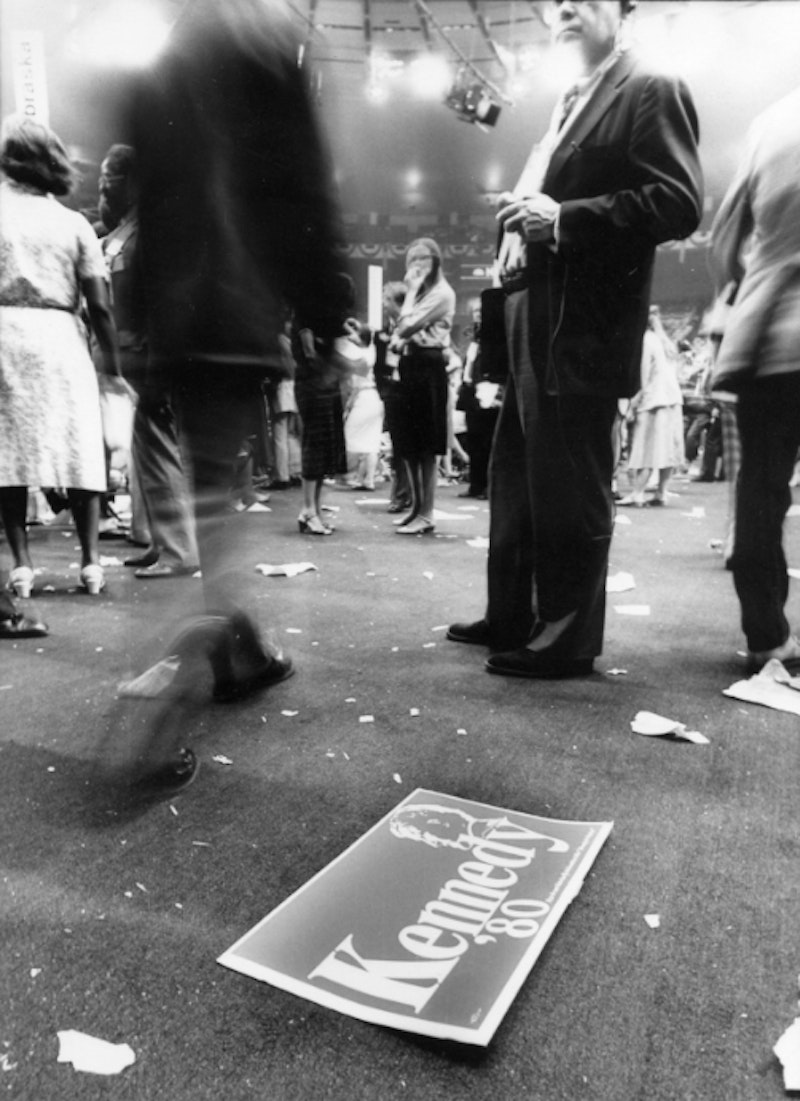 Earlier this week I wrote an article about the craziness of the immense media presence in Cleveland this week for the GOP Convention (and Hillary’s next week in Philly), and, as predicted, little newsworthy emerged from the four-day gathering. There was the overblown Melania plagiarism storm (which benefitted Trump, I think, in that the odious Rudy Giuliani’s jackboot speech was overshadowed), a morsel that could’ve been covered from anywhere. And I guess Ted Cruz’s non-endorsement qualifies as a news blast for obsessive political hobbyists, but not most voters. Oh, and I haven’t yet seen any recanting from pundits who predicted that Cleveland would make the violent 1968 Democratic Convention look like a hootenanny. I’d guess those stories are filed away with other misses such as the hundreds of writers who promised their readers that Trump would never be nominated.

This doesn’t rise to the level of a confession, but I ought to note that I’ve been to two Democratic conventions, both in New York, the first in 1980 and then 12 years later for Bill Clinton’s first nomination. Both were duds. In ’80, as editor of Baltimore’s City Paper, my colleagues Phyllis Orrick and Joachim Blunck traveled to the city—we spent months procuring third-tier passes, and the expense was minimal as we crashed at friends’ apartments—and it’d be a fib to now claim that the three of us weren’t thrilled for a month before it all began. And on that Monday morning it was all pretty exciting, despite the huge lines to enter Madison Square Garden, seeing the swarm of activity, thousands of journalists buzzing around as if cranked on crystal meth.

We walked around, stopped at a cool booth the Soho News (a great New York weekly that would’ve given the Village Voice fits had its owners deigned to switch over to free distribution; instead, it closed shop in ‘82), and gabbed with some of the staffers there. But not much else happened: Jimmy Carter had the nomination in the bag, and as our credentials allowed us floor access for just an hour at a time—not that delegate Mary Lou from Maine said a damn thing to jot down in my notebook—we spent most of the time at the Railroad Lounge, drinking free beer courtesy of the railroad unions, and half-watching the nighttime proceedings on the several hanging televisions. On one of the days I attended, a sparsely attended rally featuring Bobby Kennedy Jr., who, though probably blasted on a combination of illegal substances—he hadn’t gone clean yet—was a gifted orator, speaking on behalf of his defeated Uncle Teddy. Had RFK’s second oldest son tempered his promiscuous lifestyle, there’s no doubt in my mind he would’ve been a serious politician, reaffirming Camelot for true believers. As it happened, a few years later he was nabbed with smack and ever since he’s been a gadfly on climate issues and in the news only when he gets married again.

We did watch Teddy’s famous “The dream shall never die” speech—on the tube at the Railroad Lounge—and then Carter chased him around for a clasping of hands, but skipped the last night of the convention, tuckered out from too much fun, and drove back to Baltimore. It was disillusioning for me, as I’d dreamed of attending one of these long parties since I started following politics as a young kid in ’64, but a good lesson about the perils of corporate journalism and how the business was largely a fraternity of Beltway Experts, one that certainly didn’t include the likes of us, considered disreputable and fringe writers from what were still called “underground” weeklies.

The second time around, in ’92, then owner of New York Press and living in Manhattan, it was more of a lark, since it was a 15-minute cab ride to the Garden for the Clinton fest. My wife Melissa and I went the first evening, sat in the rafters (uncomfortable for her as she was seven months pregnant with our oldest son Nicky) for 90 minutes, made a pass around the floor and then went home. The next night was marginally more interesting: we went to a party hosted by Texas Gov. Ann Richards—whom my brother Jeff knew and, though a conservative, liked—and that was fun for about an hour. Cocktails, nifty appetizers, and meeting any number of elected officials—although I can’t remember a single one of them—and a brief chat with the late Richards who came as advertised, a sharp-talking pistol. She never would’ve imagined that just two years later she’d be ousted from Austin’s state house by nemesis George W. Bush.

That was 24 years ago, and though I’ve had the opportunity to attend other conventions, the allure has evaporated.