The Old Lady With the Dead Son

A story about human nature. 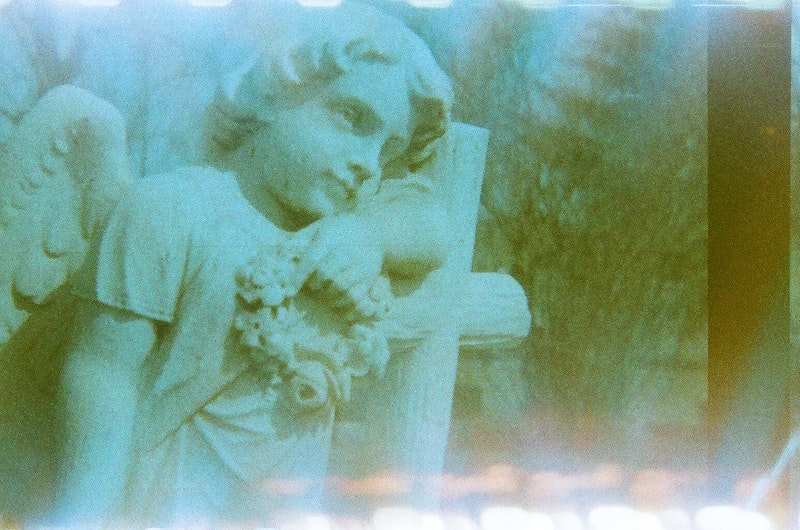 I met an old lady who was miffed because she told me her son had died and I said, “Oh” and nodded. My excuse is that I was out of my depth. She shouldn’t have dropped me into the situation. We were finding things to talk about on the quarter-mile walk from a Mexican bus stop to a pile of stone and turf that I suppose was some ruins. I asked the spry old party (early 60s, I would guess) what made her start backpacking. Her voice dipped, her face aimed downward. “Well,” she said. “My, my son died six years ago.” As noted, I said, “Oh” and moved my chin up and down. Her mouth became a little line, and her face turned away from me. I really think she was peeved.

We reached the slope to the ruins’ entrance, and everything, the dust and stone, was white. The sun bounced off it and pebbles were underfoot. The old lady didn’t quite stumble, but let’s say her shoulder tilted all unexpectedly. I asked if we should take a break, and after that she kept demonstrating that she was full of beans. She wanted to take this hill, that hill. “I want to see what’s up there!” she declared. Pretty soon we had parted ways. I forget how that happened, which means it was probably uneventful. We nodded to each other and she did a goat gallop up a hill. I suppose. I remember sitting near some wiry grass and flat, hot stones while I treated myself to a chapter of Dawn Steel’s They Can Kill You But They Can’t Eat You. The aggrieved old lady was out of my life.

But not quite. A little after my reading session (in my backpacking days I interspersed walking with reading), I wound to the top of one small hill and glanced up at the modest trail that led to the hilltop above it. There, looking down at me from a height of a half dozen yards, was the old lady. She grinned like a Jack O’Lantern and gave me a wide swing of her arm in greeting. She was so pleased.

Her son was dead. But she cared about scoring points. For instance, if a stranger with a Lonely Planet guide doubted (or appeared to doubt) her hill-taking capability. I’ll go further. I think she treated her son’s death as conversational fodder. I don’t doubt the story was true, but to her it was also a set-piece. A backpacker has some conversations over and over, and one of them is “Why are you traveling?” Either your answers become rote or they become stagy. Her answer—with the hesitation and the downcast eyes—wasn’t rote. She wanted a response. She was angling for it. I was too much of a cluck to come across, and she was irked like someone who had told a good joke to a dull audience.

Remarks ate at her, which is a frame of mind I can certainly understand. Still—with a dead son? One has seen bigger things, has one not? Maybe, but the memory doesn’t stay. Really, if I had a child who died, I might react the same way as the old lady. That is, along with feeling my soul tear and seeing the universe convulse, I might come away with the sense that people really ought to make a fuss when I confess my tragedy. Soul and universe are too big to fit on our mental stage. Ego, on the other hand, just about is the stage, complete and entire. A chance at playing Birthday Boy (or Girl, as with the lady) is always gold, and it shines no matter what the reason.

When I was a kid, dinosaur books used to show a stub of a fellow—but really a six-foot adult man—standing next to a Brontosaurus. That way we could see how big the animal was. Whenever I want to think about how people measure up against the big things, against love and death, I’ll think about the lady and me on our pair of hills. I think we give a good idea of the scale.