Offering an animal's life to a hypothetical entity isn’t any kind of “sacrifice." 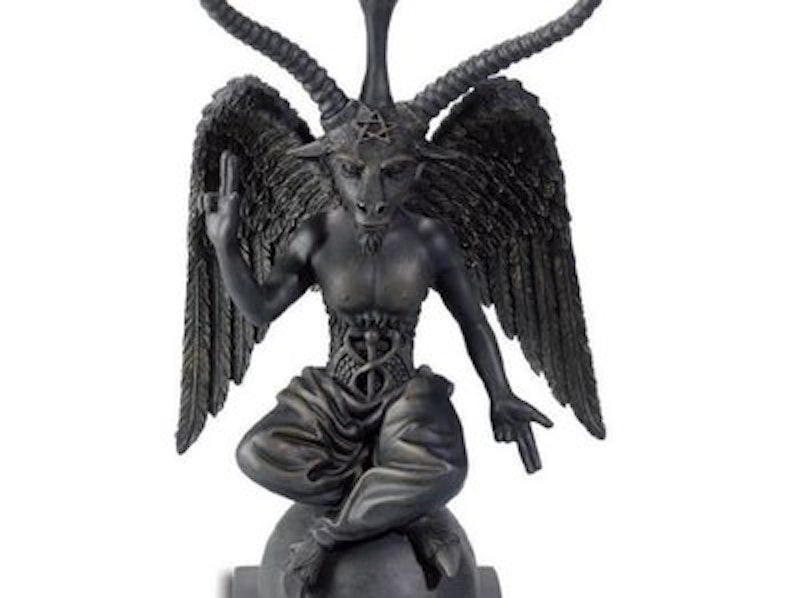 Back in January, 1992, near the end of my tenure with Aleister Crowley’s OTO, I was assigned the task of travelling up to Worcester, Massachusetts, ostensibly to assist in performing some initiations there. In reality, I was sent to investigate allegations that the fellow running the local franchise was demanding sex from the female aspirants in exchange for initiatory advancement, not an uncommon problem in the world of pyramidal hierarchic initiatory cults.

The guy in question was a real piece of work. He weighed about 400 pounds and called himself “Damon Magus.” He was running the operation out of a ramshackle home he’d inherited on the outskirts of town. The place was a mess, loosely decorated with the tacky knick-knacks collected by consumer occultniks everywhere: skulls, daggers, crystals of every shape, size, and description, cheap ceremonial swords, ominous pewter candle holders, pentagrams galore, and, of course, the obligatory plaster Baphomet statue, which retailed at the Magickal Childe for a mere $35. He had a cramped improvised temple set up in a spare bedroom, the floor of which listed slightly to starboard. The place smelled like frankincense and cat piss.

I stayed for a few days, performed a few initiations, confirmed our worst suspicions with some of the women involved, and made ready to return to Manhattan and submit my report. My last night there, the members gathered for a send-off party in my honor. He had less than a dozen members, a couple of whom showed some promise, but mostly they were what we called “hopscotchers,” flitting from one occult organization to another gathering minor initiatory degrees, never sticking around long enough to absorb the full esoteric narrative of any one school. One guy in particular stood out for his pomposity. He was a self-styled Santero, always showing up dressed entirely in white. He swanned around the place working the ladies with his “I know something you don’t know” act, the standard approach of wannabe gurus and cult leaders everywhere.

Having worked at the Magickal Childe off and on since 1978, I harbored a few inherent biases. I detest anything having to do with animal sacrifice. The Santeria-oriented customers of the shop avoided me, figuring me to be some kind of quasi-Satanic shape-shifting vampire, a fairly popular delusion among the White Light poseurs of our customer base; one that I didn’t discourage, owing to its allure to the darker elements of our clientele.

Towards the end of the evening, after a few rounds of cocaine and copious amounts of pot and booze, I let the guy have it. I went off about animal sacrifices, pointing out that offering the life of some defenseless animal to some hypothetical disembodied entity isn’t any kind of “sacrifice,” it’s theft. I pointed out that true sacrifice would be something like quitting smoking or abjuring the use of the word “fuck” for a given period of time, maybe abstaining from alcohol. True sacrifice is personal. It’s work.

He was aghast that I’d dared to question the validity of his scam. He uttered a few “how dare you” noises and challenged me to demonstrate my abilities as a sorcerer. There was an old newspaper in the bathroom with a picture of President George H.W. Bush on the front page. I retrieved it and carefully tore the picture out. I led the crowd into the kitchen, where I ceremoniously placed the picture into a glass of Guinness. I then placed the glass into the microwave, where I nuked it on High for five minutes while leading the congregation in a continuous chant of OOGA CHAKA OOGA OOGA OOGA CHAKA. When I retrieved the mad hot foaming glass from the oven, the picture had dissolved entirely into the foaming boiling stout. It was gone.

Everyone was amused by this little trick, except for the Santero, who left in a huff muttering about “mockery” and “blasphemy.” Less than 24 hours later, President Bush puked all over the Prime Minister of Japan. I submitted my report to the OTO administration and they kicked Damon Magus to the curb. Last I looked, his new seduction strategy consisted of passing himself off as an heir of the Merovingian dynasty to anyone gullible enough to believe that claptrap. I left the OTO a couple of years later, having decided that life was too short to spend it in a museum dedicated to Aleister Crowley.

I was reflecting on this the other day, as I browsed a local occult shop here in Gainesville. I’ve been wondering what I could do to stop Hillary Clinton from obtaining the Democratic nomination. I want to vote for a Jew. I picked up a black candle. To quote Dr. Strangelove, “I have a plan.”