Dogs are the best advertising mascots. 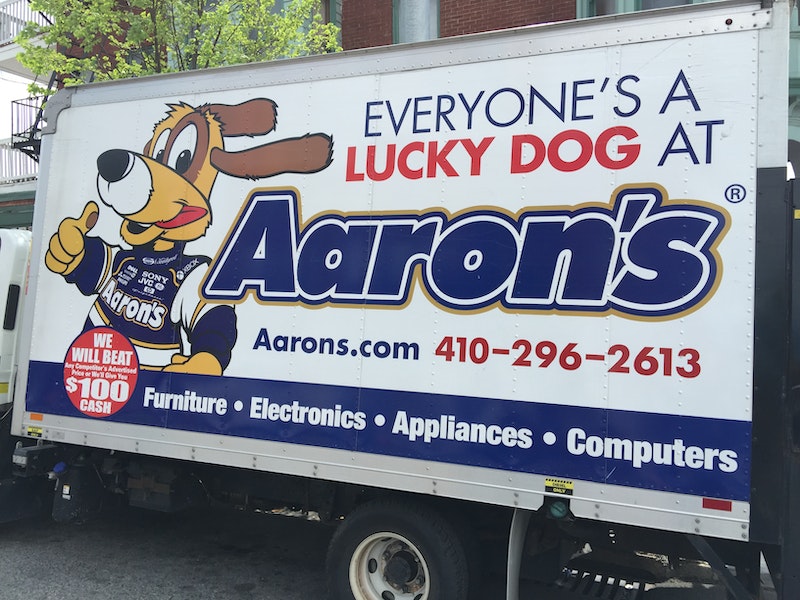 I’m not much of an actor. Aside from mandatory participation in grade school productions, I skipped the thespian route, although in fifth grade my teacher implored me to sing “Tonight” from West Side Story for a show and when I adamantly refused he heckled me mercilessly for at least a week. As if I could sing! Didn’t matter, the twisted fellow—I imagine today he’d be diagnosed as bipolar—was relentless and egged on the rest of the class to tease me, which was great sport for a bunch of assholes. Anyway, I didn’t bite, and a friend of mine, Bruce Humm—not a mean bone in his body—went on to sing the duet with Cathy Baum and the ribbing receded, once the teacher got bored and picked on other classmates.

Later, in 11th grade, as a favor to my friend Bruce Arbonies—whose house on Preston St. was accessible through a patch of Wizard of Oz-woods that started in our LaRue Dr. backyard—I played the main part in a short movie he made for a class assignment. As I said, I’m lousy at this stuff—my appearances on TV in the 1990s about politics weren’t frequent since I’ve got facial tics plus the Teddy Kennedy affliction of saying “uh, er, uh” about every 10 seconds—but I guess Bruce ran out of more suitable candidates, or, more likely, he wasn’t really invested in the project. It was a flop (although I think he got an A), not only for my ineptitude but the entire concept, which was set to the abysmal 1971 Top 40 hit “Signs” by the Five Man Electrical Band. Set by the water in Lloyd Harbor, the short film—which required take after take—was, as the lyrics imply, about a hippie getting shafted by The Man. There was the obligatory Dylan rip-off of “Subterranean Homesick Blues,” with me chucking cards hither and yon, and Bruce, who was “straight,” not like Hippie Johnny, frowned when I asked for a smoke break every so often.

In retrospect, it was kind of fun, and that afternoon flashed on me the other day when I spied the coolest truck parked on 25th St. here in Baltimore (pictured above). I couldn’t care less about what Aaron’s hawks—how you combine an inventory of furniture, electronics, appliances and computers is beyond me, kind of like the beleaguered Staples selling potato chips and candy bars along with office supplies—but that diggity dog mascot can’t be beat. It makes no sense: the thumbs-up and tongue sticking out, but maybe that pup makes a mean smoothie from an Aaron’s blender.

I’m not ambivalent about advertising, whether on the tube, outside or in print publications (I draw the line at digital ads, which I never click on, and like most people, am spooked when Facebook has a small square of a DVD that I looked at on Amazon just 20 minutes earlier). Hate it or love it. In the former category, of course, are the gauzy pharmaceutical spots that spend more than a half-minute rattling off all the possible side effects, including death and suicidal thoughts. I know the “fine print” is required, and is barely audible, but it’s a “no way, Jose” pitch. Ambulance-chaser ads are uniformly horrendous, with the exception of the local Barry Glazer, a craggy, out-of-his head lawyer who went the Howard Beale route several years ago and produces commercials that are hilarious, and though probably filmed for about $10 aren’t at all campy. Well, maybe a little. I can’t remember a single political ad I’ve enjoyed, and the beer commercials that exploit the military make my skin crawl. The E*TRADE baby advertisements from several years ago are modern classics, recalling the Alka-Seltzer TV breaks in the 1960s (who couldn’t relate to “I can’t believe I ate whole thing!”).

Back in 1987, months prior to Alan Hirsch and me selling Baltimore’s City Paper, we contemplated buying a billboard at Memorial Stadium, or better yet, the prime location in the city, near Penn Station on Charles St. (for which there was a wait list). Events, happily, conspired against us fulfilling that wish, but I’m sure one of our designers would’ve come up with something like the Aaron’s dog as the focal point.