Memories of a Blacklisted Landlord 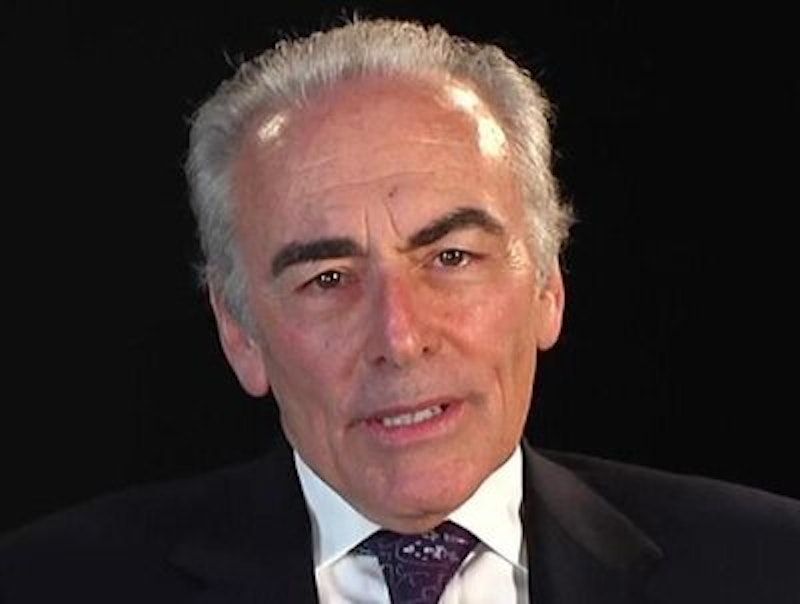 In 1987, I was a struggling screenwriter living with two friends in a Hollywood apartment. The property owner was a gentle man in his 70s named Robert Lees. He wore ascot ties and fedora hats and carried himself with a quiet dignity. One day Mr. Lees came by to collect the rent. I invited him inside and upon seeing the page in my typewriter he asked what I was writing.

I told him it was a screwball comedy about a Hollywood Production Assistant who steals a movie star’s prized toupee and is pursued by police, private detectives, studio bosses and a violent bounty hunter.

“Anything I heard of?”

“That was a long time ago.” He clearly was not eager to list his credits. Over the next year I saw Mr. Lees monthly as he came to collect the rent. He’d always ask about my screenplay and listen as I complained about the difficulty I was having. “Don’t think too much,” he said. “It kills creativity.” On one occasion Mr. Lees came by with his adult daughter. As he spoke with my roommate, I asked his daughter about her father’s writing. She told me he wrote several movies for Abbott & Costello and Martin & Lewis. Then she added, “Please don’t ask him about those days. They’re too painful to talk about.”

“You don’t know about my dad?”

“He was blacklisted. He appeared before Congress and refused to name names. He went from being a successful screenwriter to a pariah. It was horrible.”

A few years later, I moved out of the apartment and lost touch with Mr. Lees. He appeared in the news in 1999 when the Motion Picture Academy announced they were giving director Elia Kazan a Lifetime Achievement Award. Mr. Lees led a protest against the Academy citing Kazan’s complicity with the House Un-American Activities Committee (HUAC) that led to numerous filmmakers losing their careers. A Los Angeles Times article provided details about Lees’ past. Lees began in show business as a dancer working with Greta Garbo and Buster Keaton. He was nominated for an Academy Award in 1939 for writing the film Prophet Without Honor. He was blacklisted when actor Sterling Hayden named him to the HUAC. He continued writing under the pseudonym J.E. Selby, contributing television scripts for Alfred Hitchcock Presents, Lassie, Daktari and Rawhide.

I rented one of Lees’ films, Abbott & Costello Meet Frankenstein. The film was funny with quick one-liners and wisecracks. Lon Chaney Jr. warns Costello, “In half an hour the moon will rise and I’ll turn into a wolf.” Costello responds, “You and 20 million other guys!”

I encountered Mr. Lees again in 2001 at the Hollywood ice cream shop Mashti Malone’s. He didn’t remember me. He felt so bad about it he insisted on buying me a pint of pistachio ice cream. “Best in the city,” he proclaimed. That was the last time I ever saw him.

In June 2004, Mr. Lees’ name was splashed across the headlines. At age 91, he’d become a victim of a senseless and brutal murder. A 23-year-old homeless man broke into his Hollywood home, attacked Mr. Lees and then decapitated him. Mr. Lees’ headless body was found later that day by his longtime girlfriend. The homeless man was arrested the following day outside Paramount Studios after acting erratically and shouting at passing cars. He received two life sentences without the possibility of parole.

Upon hearing the news, I was deeply shaken. For the next few months I walked around in a fog. I couldn’t fathom how such a kind and peaceful man could experience two such horrific events in his lifetime. I was angry with God for allowing such a profound injustice to occur. It made no sense. Life suddenly seemed arbitrary and menacing.

Even though I hadn’t known him well, Mr. Lees felt like family. The fact he’d been a successful screenwriter earned my respect. Knowing he stood up to an immoral Congressional witch-hunt was so admirable. When I later I learned he was one of the founding members of the Screen Writer’s Guild, I was sad I didn’t get to know him better. He was a special soul and I consider myself honored to have met him.